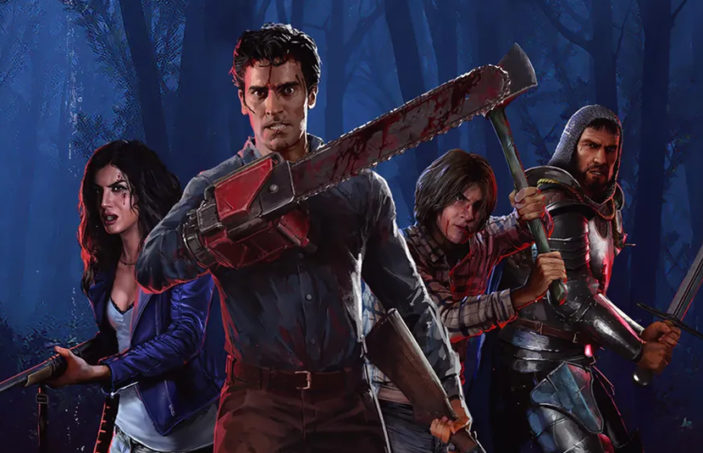 The Evil Dead franchise continues to amaze me. From a campy independent film made by college kids, to one of the most successful horror franchises ever made, it’s seen its fair share of films, games, comics and even a recent TV series. It’s also worth noting that Evil Dead 2: Dead by Dawn is one of my favourite films of all time. Evil Dead: The Game attempts to recapture the magic of the franchise, blending dark and gruesome horror with light-hearted quips and slapstick humour. Evil Dead: The Game is admittedly rough around the edges; but dig a little deeper and you might find one of the most genuinely entertaining asymmetrical horror games currently out there. GROOVY!

Evil Dead: The Game structures itself much like any of the existing asymmetrical horror games, from Dead by Daylight to Friday the 13th. And as a result, it doesn’t really bring anything new to the table. A team of four survivors must band together to complete a string of objectives, based around finding the dreaded Necronomicon Ex-Mortis, otherwise known as the Book of the Dead, in order to banish the evil demonic force back to the depths of Hell once and for all. Being able to play as 13 characters at launch from each of the films including the Ash Vs Evil Dead TV series provides a surprising level of variety and depth, as each charter brings with them exclusive perks which contribute to matches in unique ways. Besides, we get four playable versions of Ash Williams, all voiced by Bruce Campbell, which is never a bad thing. At the same time, an additional player must also pilot the forces of evil, in an attempt to stop the four survivors before completing their mission. There’s an impressive amount of trickery and deception at play here, which makes it incredibly tempting to jump ship every now and then and play as the demonic force. 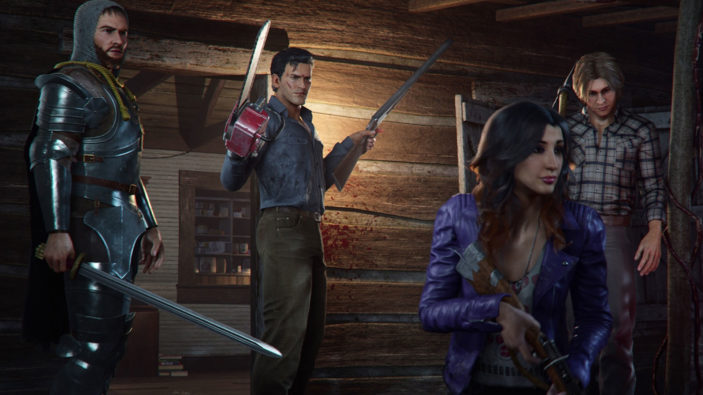 Playing as each of the survivors feels incredibly functional, even if traversal mechanics feel a little stiff. The lack of jump button makes travelling across uneven areas a chore, while the ability to drive cars also leaves much to be desired in terms of general controls and fluidity. Throughout each match, players must complete a certain number of steps in a specific order, all while attempting to stay alive and safe. Each match is narrated by Professor Raymond Knowby, as he guides the survivors on their path.

At first, you’ll need to locate pieces of a map, which will guide you to the necessary artefacts needed to locate the missing pages of the Necronomicon. Once the artefacts are obtained, you’ll need to find the missing pages and then head to a final location where the Dark Ones reside, in order to banish them once and for all. Along the way, you’ll also have to manage your fear levels, a meter that increases the longer your survivor spends in the dark. You can reduce this meter by finding and standing next to various light sources. Each match rarely takes more than 20-25 minutes, which keeps the pace rolling and each round feeling fresh. However, given matches only ever require players to complete the same objectives in the same order, I do question the longevity of the experience and wonder if the season pass will not only bring additional maps and characters, but new modes too.

However, combat itself is much more of an improvement. Players can scour the map for both ranged and melee weapons in order to defend themselves, before heading off in different directions to complete objectives. Using the shoulder buttons for light and heavy attacks, you’ll use a range of melee weapons to pummel Deadites, with the added ability to finish them off in true Evil Dead fashion, complete with astronomical mounts of blood and gore. Ranged weapons rarely come with enough ammo, even if the shooting mechanics themselves are snappy and responsive.

Playing as the Kandarian Demon on the other hand, is a true delight. The evil demonic force must use a number of devious tricks to eliminate each of the survivors, therefore ending the match. Players can choose from three demon classes; Warlord, Puppeteer and Necromancer. You’ll play as from the first-person perspective as you prowl the map in search of survivors. There are bunch of abilities to utilise from this point, from summoning hordes of Deadites setting traps to spawn enemies near survivors and even possess survivors when their fear level is too high. Possessing survivors can wreak havoc on the team, as they must damage their team mates while you pick off the other three survivors. You can even deal jump scares to each of the four survivors, which is consistently amusing. I found myself gravitating towards playing as the Kandarian Demon simply because of the variety it brings, making the entire experience feel incredibly balanced and fun as as result. 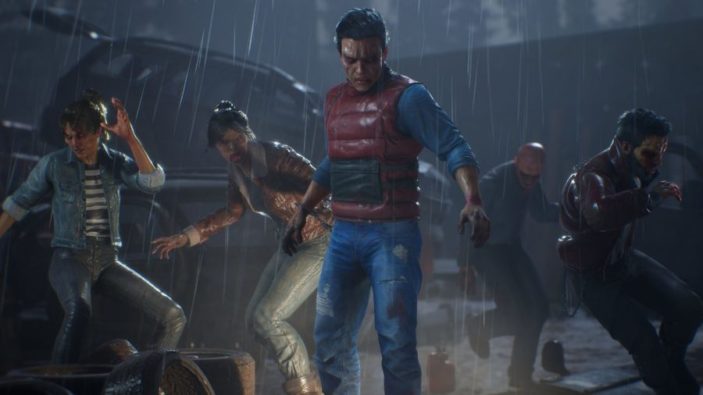 Beyond this, players can also take advantages of exclusive perks and unique progressions systems tied each individual survivor. Survivors fit into four classes; Support, Hunter, Warrior and Leader. For example, survivors from the Leader class tend to have more of a blanket effect on the other three survivors, be it boosting their melee damage, while survivors from the Support class do a better job at assisting individual players, mainly assisting players in need of health boosts. Along the way, you’ll level up, gain XP and obtain Spirit Points to upgrade each survivor’s skill tree.

This then allows players to upgrade certain traits of a survivor for added effects in matches. For example, Pablo Bolívar’s abilities revolve around amulets and crafting, in which his skills allowing him to craft quicker, with reduced cooldown times. Other charters like Henry the Red allow certain abilities like their invulnerability to be enhanced, adding a ‘Ricochet’ effect that deals out damage while this ability is active. Spirit Points sit alongside your XP allowing you to level up faster, which does help considering the breadth of these skill trees. I would personally recommend sinking some serious time into two or three of the thirteen survivors, as later abilities have a greater effect on the momentum of each match.

Evil Dead: The Game also features a single player mode, also known as ‘Missions’, where players can take part in various scenarios inspired by the films. While these are quite basic, it’s still a great way to get to know the combat mechanics. It’s also worth noting that the sound design on display here is impressive. Much like the films and TV series, there’s a consistently foreboding sense of atmosphere that leads you to feel like you’re always being watched. Storms rage in the background as the soundtrack whispers lightly in your ear. And any voice acting provided by Bruce Campbell is always a bonus. 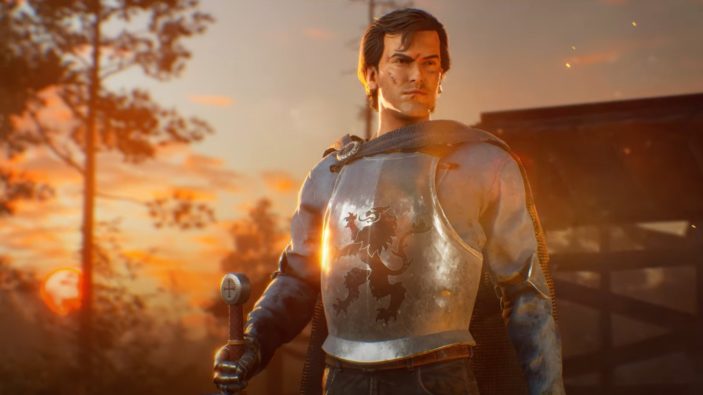 Overall, Evil Dead: The Game is a functional and amusing asymmetrical multiplayer experience that serves as a love letter to the Evil Dead franchise, all while standing on its own two feet as a capable alternative to similar titles in the genre. While third-person action can feel a little clunky at times, both sides prove worthy as the Kandarian Demon demands as much attention as the survivors do, thanks to the sheer variety of approaches on offer. While overall longevity remains a mystery, I can only hope that Evil Dead: The Game is in it for the long haul.

Review conducted on PlayStation 5 with a copy purchased at launch.