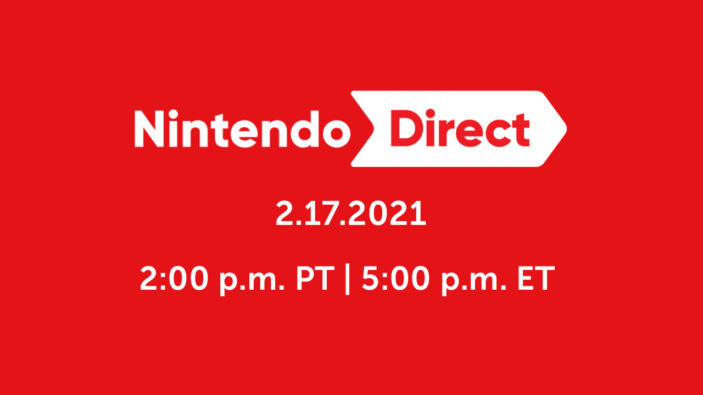 Looking for every announcement from today’s Nintendo Direct? You’ll find them here. Ninty dropped a plethora of new trailers and kicked the 2021 hype train into motion. After announcing the broadcast only yesterday, we’ve quickly laid out everything Nintendo had to talk about, in chronological order.

One of 2019’s best and most inventive independent games comes to the Switch. You’re not gonna want to miss this one. Q2-Q3 2021.

Two of the greatest visual novels of the NES era return with fresh visuals and localisation in 2021. The grandfather of games like Phoenix Wright. Unmissable. Out on May 14, with preorders live today.

The next title in the Monster Hunter RPG series is not far away now at all. Following on from Monster Hunter World, Rise leans back toward classic MH battles and stories. March 26.

The most beloved and infuriating golf game in the world is back. Mario Golf: Super Rush launches on Switch June 25.

Tales from the Borderlands

The Telltale classic returns. The whole series launches March 24, on Switch, as a single collection.

One of the great forgotten gems of the original Xbox era, Stubbs the Zombie in Rebel Without a Pulse rises from the grave on March 16 for the Switch.

Travis Touchdown fights his way through yet another bizarre, high octane story that pokes fun at the video game industry itself. August 27.

For some reason, assassins are an important component in maintaining order in Heaven (?????). Anyway, Neon White rolls through Q3-Q4 2021.

An action brawler based on the popular DC Comics TV show lands on Switch June 4.

Plants vs Zombies: Battle for Neighborville

What is this? Seriously, we’ve watched the trailer three times and it still doesn’t make any sense. Miitopia, whatever it is, comes out May 21.

The follow up to Octopath Traveller is on its way, now with tactics! Launches in 2022. The demo goes live today!

Competitive online game from Zynga. Trailer told us nothing, which is a bit disappointing.

Do you still possess the drive to kick people’s asses at dodge ball years after the end of high school? Then Knockout City is for you. May 2021.

2020’s Game of the Year gets a physical release on Switch in March!

Hyrule Warriors: Age of Calamity‘s expansion pass is getting even more content in 2021! Musou fans need only apply.

Three of the greatest and hardest action games of all time are coming to the Switch. Can you believe these are technically part of the Dead or Alive universe? Wild. June 10.

A classic returns! Out February 25.

Another classic getting the remaster treatment! Out April 15.

Free-to-play! Apex fans get double XP on Switch for 2 weeks after launch so take advantage of that. You can drop in on Switch starting March 9.

One of the most divisive Zelda games ever released is getting an HD remaster! One of the biggest gripes from players lay in its Wii-era motion controls. Those remain in the game, but Nintendo is also including more standardised button controls for weapon attacks. Has time been kind of Skyward Sword? Find out on July 16.

Nintendo’s own multiplayer shooter is back in action at last. Back in the ink 2022.

And there you have it! Every announcement from today’s Nintendo Direct. Thoughts? Comments? Concerns? We’d tell you to let us know what you think on socials but, uh, Facebook shut down all news in Australia? So find us on Twitter! Or right here on the AU!