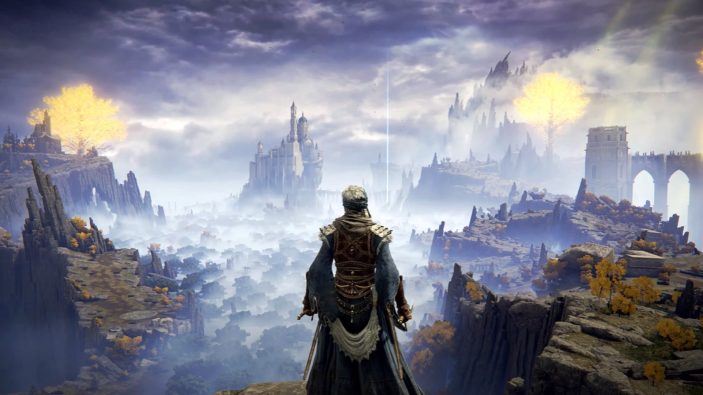 We recently got the chance to participate in a Closed Network Test of Elden Ring, developer FromSoftware’s Souls-inspired epic. This beta version of the game featured a contained portion of its open world, allowing us to explore, battle and most importantly, survive. I would liken my time with Elden Ring to Dark Souls 3 – open in structure and wider in scope, FromSoftware has decided to retain their award-winning formula, all while taking it to the next level.

The familiarity that Elden Ring brings with it is far from concerning. As you begin your journey in the Cave of Knowledge, fans of the Souls series will immediately note (and probably glaze over) the various tutorial prompts, familiarising players with both controls and abilities. However, there are a few new additions and terms you may want to address. Campfires are now known as Sites of Grace, even if they function as a Dark Souls campfire would. You won’t be collecting Souls, but Runes from fallen enemies. Once again, new name, same concept.

But once players are adjusted, you’ll soon exit the Cave of Knowledge to find the Lands Between, Elden Ring’s truly massive open world. The impressive draw distance implies a sense of scope and the giant spectral tree that hangs over the environment as a supernatural Aurora Borealis, prompted me to keep one eye in the sky. My first glance at the Lands Between was admittedly one I was not prepared for, as I stumbled to catch my jaw from slamming the floor. Soon after, you’ll gain the ability to summon your Spirit Steed and gallop off into the unknown. 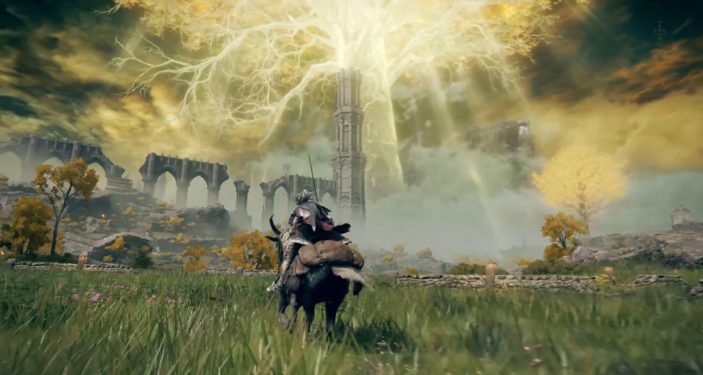 While Elden Ring’s contained area can be relatively explored to its fullest, there’s still an incredible amount to see and do. But what would a Souls-inspired game be without its combat mechanics? To be honest, I’m not quite sure. Thankfully, Elden Ring delivers on assimilating the solid combat controls and mechanics established in previous FromSoftware titles. While combat feels awfully similar to Dark Souls 3, it’s hard to complain about something that was never broken in the first place. Paired with both stamina and blocking bars up in your HUD, you’ll slash, block, roll and parry as you take on a variety of foes.

Weapons also include arcs and upgrade paths, allowing you to bolster and strengthen your arsenal. Along your travels, you’ll collect Ashes of War, which can be used at Sites of Grace to upgrade weapons. These upgrades will change and alter a weapon’s statistics, but also override that weapon’s previous skill, in turn providing it with a new one. This level of versatility basically allows you to hone and tame weapons in order to coincide with and cater for your particular character build.

Into The Woods We Go

As you navigate the Lands Between, you’ll not only get the chance to stop at various Sites of Grace along the way but also Stakes of Marika, which serve as checkpoints should you fall in battle. And we both know you will. Although this portion of the Lands Between allows you to travel anywhere you’d like, Sites of Grace gently nudge you in the right direction. In this case, it’s towards Stormveil Castle, similar to a ‘Legacy Dungeoun’ found in previous Souls games. The journey to the castle itself is as brutally difficult as you would imagine. 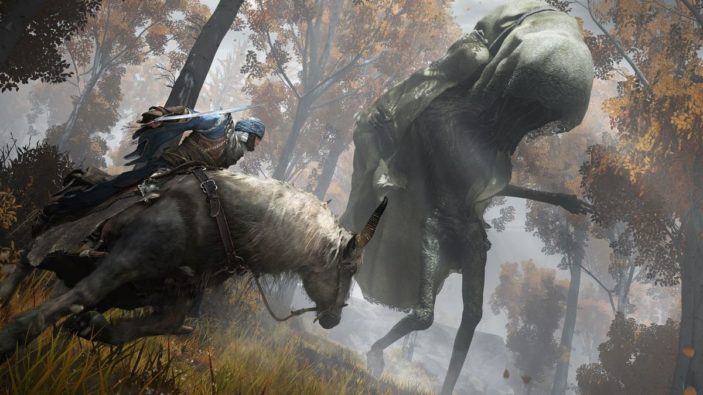 FromSoftware’s iconic levels of difficulty are not lost on Elden Ring. You’ll mostly encounter armoured knights and soldiers, but Elden Ring wastes no time in introducing you to some of its larger and scarier foes, particularly earlier on. Immediately upon exiting the Cave of Knowledge, should you wish to venture in that direction, you’ll be greeted by a large golden armoured knight on a giant steed. Yes, it’s as crazy and random as it sounds, but if you’re not either careful or skilled, you’ll be on your way back to a Stake of Marika faster than you can blink; even if the rewards are worth the attempt in the first place.

Thankfully, there are roads less travelled which allow for a stealthier approach throughout the Lands Between. Circling back around to Stormveil Castle, however, is an action-filled gauntlet through grotesque giants, sneaky archers and armoured goons. As you make your way up or speed through on your Spirit Steed as I did, you’ll be treated to a small slice of the castle itself, which leaves me eager to explore its remaining areas. 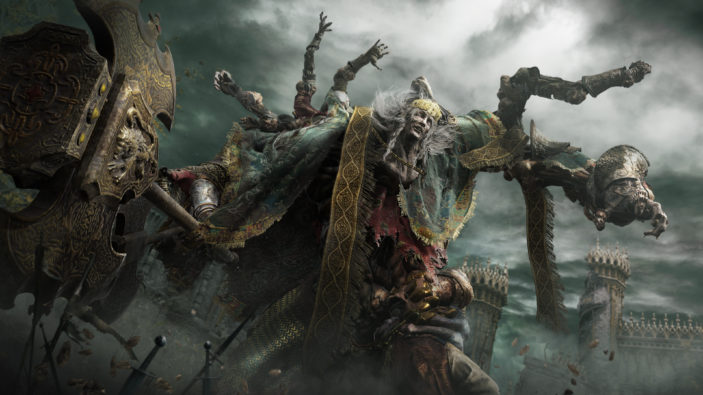 However, Elden Ring is not without its new ideas. You’ll now find yourself relying on locating resources out in the open in order to craft items. You’ll also be able to summon both players creatures into sticky situations for some extra assistance, including skeletons and wolves. On the cooperative side, you can summon players into your game, or jump into theirs, as you explore the Lands Between together.

Overall, our early hands-on with Elden Ring was incredibly positive. While it carries over many of the mechanics and difficulties of previous FromSoftware titles, this new sense of scope is one that I can’t wait to dive into. I do wonder just how George R.R. Martin’s world-building and lore will play into and shape the narrative ahead, but if all Elden Ring left me with was a desire to play more, you won’t find me complaining anytime soon.