The Pro Evolution Soccer series has always been a personal favourite of mine, and while I love the exciting modes and interesting iterations that FIFA brings to the table, I have always admired the PES series for it’s tactical nature, and solid gameplay. eFootball PES 2021: Season Update has been aptly named, as it’s basically a re-skinned version of last year’s already impressive eFootball PES 2020. This isn’t necessarily a bad thing however, as small changes have indeed made to the gameplay, resulting in the best overall entry the series has seen on this generation. That being said, this entry may not attract those who already purchased last year’s entry, and with little to no additions in terms of both modes and overall scope, I can see how FIFA 21 may have the upper hand this year.

PES 2021 does a bunch of things right. Whether it’s the polished visuals, sleek presentation or nuanced gameplay, there’s multiple layers of football glory that both hardcore and casual fans can enjoy. From a gameplay perspective, most of what PES 202o offered initially, has carried over. Shooting feels tight and responsive, and while dribbling and handling feels a little stiffer this time around, there’s now a greater emphasis on first touches, as players have a greater range of control and direction, both of which can be applied on and off the ball. Taking that turn straight after receiving a pass feels satisfying if done right, encouraging a constant sense of decision making and timing between passes and shots. Defensive capabilities and mechanics leave a little more to be desired, as the overall stiffness of player movement leads to some rather robotic encounters and matchups, as players either go down too easily, or lose the ball like they never had it to begin with. Clipping is still an issue when two players cross, but it never really took me out of the experience, particularly when playing online. 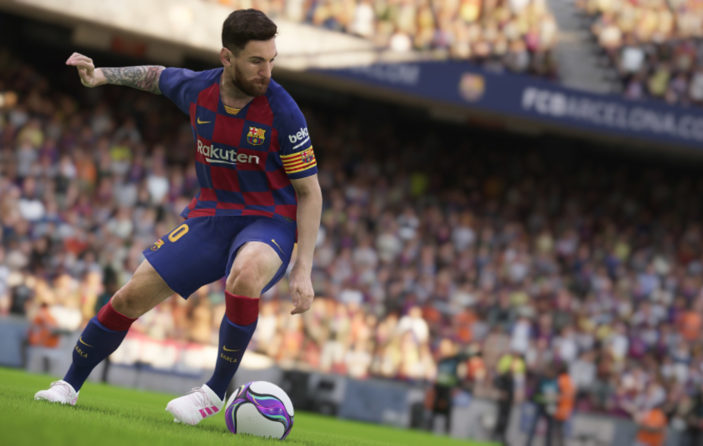 After this point however, PES 2021 becomes a rather challenging title to review. Little to no changes have been made graphically, even if it’s worth noting that PES 2020 looked fantastic to begin with, boasting some really impressive recreations of stadiums and player animations. The season update has allowed kits, appearances, and new squads to reflect their current real life counterparts, bringing some of the most current adjustments and changes to the PES ecosystem. While no major changes have been made to any of PES 2021’s game modes, the MyClub mode has seen the most action this time around. As Konami’s answer to FIFA’s wildly popular Ultimate Team, constant updates and a re skinned menu add a whole level of depth to collecting and managing specific players on and off the field. This mode does a nice job at getting you started and keeping you involved in the long run, with a wide range of icons, legends, player objectives and challenges. Other than the solid MyClub mode, all other modes remain practically unchanged. Once again, this isn’t necessarily a bad thing, but with FIFA’s reach across multiple modes and forms of football such as the incredibly addictive Volta mode, you’ll be hard pressed to find a mode in PES 2021 that pushes the franchise as far.

Licensing has always been a point of debate when it comes to the PES series; sure, a good game is a good game, but when it comes to authenticity, I would rather play as my beloved Chelsea Football Club than the North London Blues. While players’ names and likenesses have always carried over, this sense of authenticity has always hurt the series in some places. PES 2021 isn’t there as of yet, but it’s definitely getting closer. Newly acquired licenses for multiple stadiums have allowed for greater establishing shots of each locale before kick-off, adding to the TV style presentation PES has always opted for, and done well. The recent acquisition of the Juventus Football Club has been an enormous boost for the franchise, highlighting one of the game’s best players in the process; Cristiano Ronaldo. On the bright side, the season update even brought over his man bun. 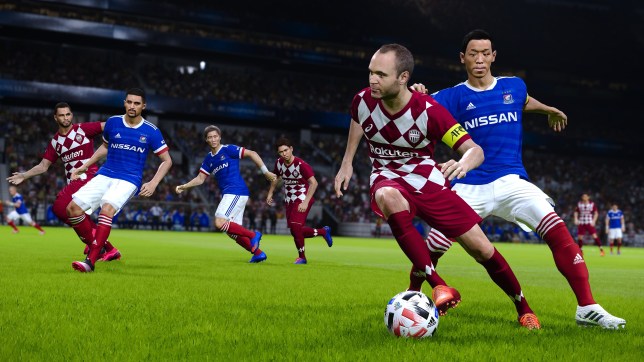 Overall, it’s admittedly hard to say anything about PES 2021 that hasn’t been said over the course of PES 2020’s succesful outing last year. The tweaked gameplay elements feel great, and both graphical fidelity and presentation are better than ever. The constant live ecosystem of PES 2021 ensures that the most recent version of the footballing world will always be accessible, and the once again impressive MyClub mode has cemented itself as the definitive mode to lose yourself in. eFootball PES 2021: Season Update may not be the revelation fans were hoping for; but it’s a fine iteration nonetheless.