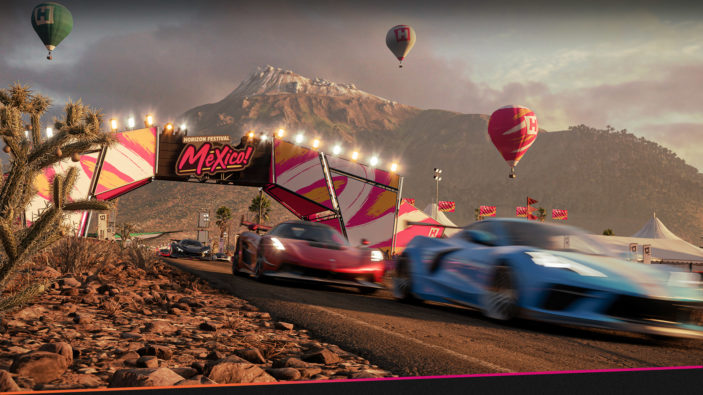 Forza Horizon 5, the Xbox Series X|S’s graphical showpiece, has arrived. This fifth instalment in the popular open-world racing title takes Horizon Festival to Mexico. This will be the first time the Horizon series has returned to the Americas since the original game.

According to developer Playground Games, “(f)un, freedom, and beauty” are the watchwords for Forza Horizon 5. The primary design remains similar to FH3 and FH4, in that the event provides a scaffold of events that can be tweaked to the player’s liking. Not feeling an off-road dirt slop dolly (a term a Texan friend just taught me that I now can’t stop using)? No problem, simply create a custom event with your preferred vehicles and go all in.

The terrain, from jungles, mountains, and forests and seaside towns, is modelled on real-world Mexican countryside. Even judged against Playground’s already photorealistic standard, the visuals in the gameplay demo are about as close to realism as we’ve ever seen. Even the lighting has been based on real time-lapses Playground took of the Mexican sun travelling through the sky. Combined with the Series X|S’s raytraced lighting architecture, the game renders a 1:1 simulation of what the light actually looks like in Mexico. Video games are wild in 2021.

And you will be playing it in 2021. Forza Horizon 5 launches on November 9. It will be exclusive to Xbox Series X|S and Windows PC. It will be available on day one on Xbox Game Pass.