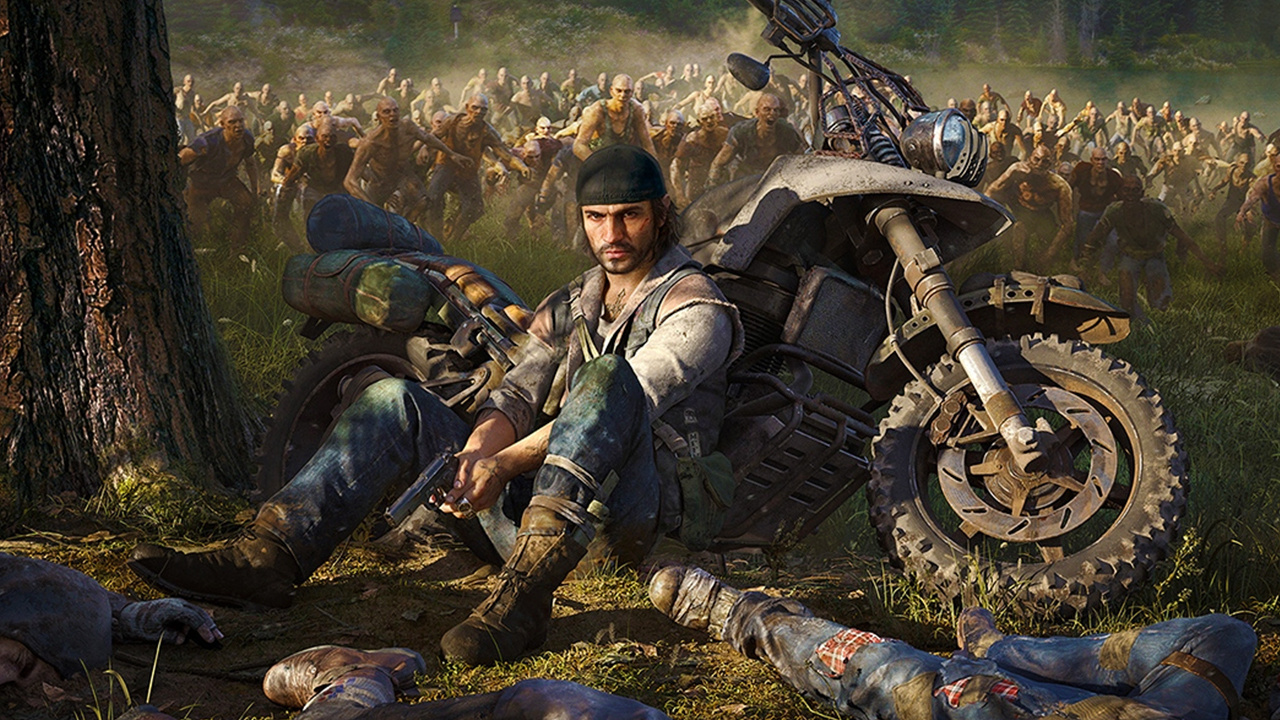 Days Gone left me about as conflicted as I’ve ever been while reviewing a game.

The past week has been a battle of emotions and opinions, as it’s easy to spot the overused tropes at this point in the lifespan of the zombie genre. However, a certain level of polish and attention to detail, an engaging open world and believable performances keep this game from total write off, eventually revealing itself to be a cut above your average zombie tale. Sony owned developers Bend Studio may not have created one of the best Playstation exclusives of all time, but neither have they in any way created a bad game.

Days Gone puts players in a post apocalyptic Pacific-Northwest in the shoes of Deacon St. John, a former biker gang member, now struggling to survive and keep the remaining pieces of his life afloat. Set two years after the events of the outbreak, Deacon must now fend for himself in a world filled with ravenous ‘Freakers’ (the game’s answer to zombies), forming alliances with those around him through various interactions with camps and their leaders, in a bid to stay alive. Along the way, a few twists are thrown in, as Deacon embarks on a mission to discover the true origin; and purpose of the virus that has affected too many to count.

It’s an engaging story for the most part, thanks to a memorable and believable performance from Sam Witwer as Deacon whom some may remember as Starkiller from the Star Wars: The Force Unleashed series. But yes, unfortunately Days Gone is anything but original. From the rough protagonist with a heart of gold, to the flashbacks of a better life, all the way to a secret conspiracy surrounding the origins of the zombie virus, nothing is entirely original at this point in time. With emotional stories like the Last of Us set in both similar world and under similar circumstances, the bar may unfortunately be held too high for the story of Days Gone to be considered memorable. 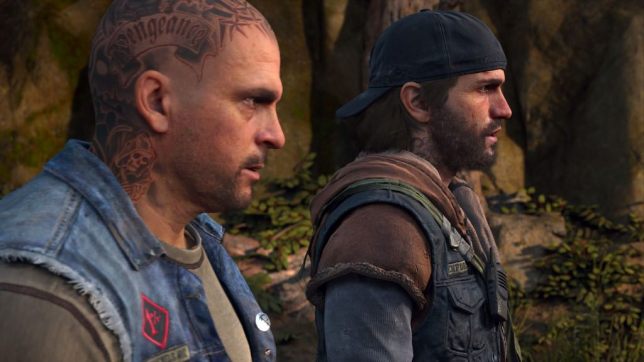 Although the story is passable, the downside is the mission structure. Cutscenes may be most impressive sections in terms of plot development and emotional impact, though missions do become repetitive far too soon, as the game constantly assigns you missions immediately after you complete them, making the player feel forced into completing a particular storyline.

Days Gone provides players with various storylines, even if missions are not varied enough, and range from sneaking around enemy camps to destroying ‘Freaker nests’ in order to chip away at the Freaker population in the area. While there odd set piece can be found every so often, the game fails to progress the story with enough variety that will keep the player invested in not only the story, but the gameplay as well.

Thanks to the overall polish and attention to detail, Days Gone still manages to shine in certain areas.

Even though the game suffers from the occasional bug such as clipping and the random frame rate drop, it wasn’t enough to deter my overall experience through the many hours I have spent with it. One of the stronger aspects of Days Gone comes not only from a technical standpoint but an emotional one.

There’s no doubt the game starts strong, as Witwer’s portrayal of Deacon is memorable thanks to some witty dialogue and impressive range. From quiet whispers to outbursts of rage, Deacon feels like a real character that has experienced traumatic main and heartbreak, therefore making it easier to understand why he has not only become the man he is, but to really root for him in the game’s more intense moments. 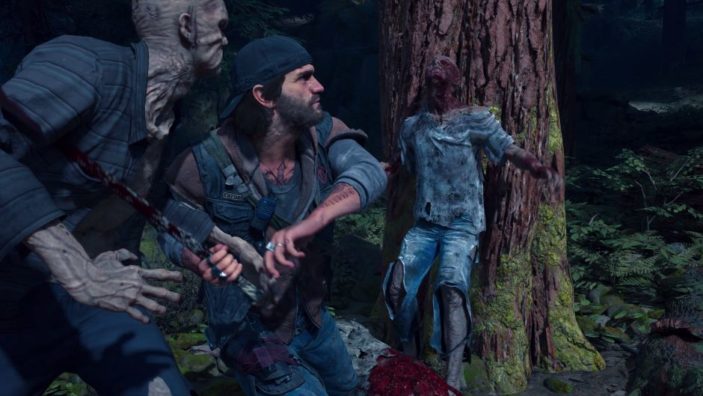 The attention to detail also carries over to the gameplay itself. While I may dampen what I’m about to write about the various gameplay mechanics in Days Gone, I unfortunately must mention that nothing original has been brought to the table here either. However, I remain so conflicted as though this is true, gameplay is in fact polished and solid.

Controls feel tight, and the game keeps things moving with a ton of tasks to complete on a moment to moment basis. Aiming feels a tad stiff at first, but I found myself adapting to this change as my shots became more precise and deliberate thanks to the scarcity of ammunition. Melee combat may be the weakest aspect of the combat mechanics, as it simply boils down to the mashing of a single button with the occasional dodge to escape trouble. With combat being average at best, you might be glad to know that your motorcycle plays a huge part in Days Gone, and boy is it fun. riding your bike feels weighty yet responsive, with a nice emphasis on maintenance.

The game may have been beaten to the punch by Mad Max, but your bike requires constant fuel refills as well as general engine maintenance, all of which can be achieved by finding both fuel cans and scraps out in the open world. It did bother me how frequently I found myself refilling my fuel tank, but in many ways also helped me understand the importance of the bike, as it is your only way around the open world and out of danger. The gameplay is only sharpened by the various customisable elements and upgrades that can be applied to both Deacon and your bike.

While acquiring both currency and skill points from completing various missions, players can purchase both skins and numerous upgrades to the bike in the form of a larger fuel tank, larger storage and nitrous, players are incentivised to upgrade the bike in order to make their time on the roads considerably easier. By tying these upgrades directly to your chance of survival once again emphasises the importance of Deacon’s bike. Deacon is also upgradeable, with skill points providing upgrades through three skill trees, including melee, ranged and survival.

Melee provides Deacon with upgrades such as longer combos or more durable weapons found in the world, while ranged upgrades increase the accuracy of ballistic weapons, and the survivalist skill tree allows Deacon to improve his ‘survivalist sight’, therefore improving the range of which areas and objects of importance can be highlighted by Deacon. These skill trees pose a nice example of the variety that Deacon is capable of, as players can chop and choose their abilities based on their gameplay style. 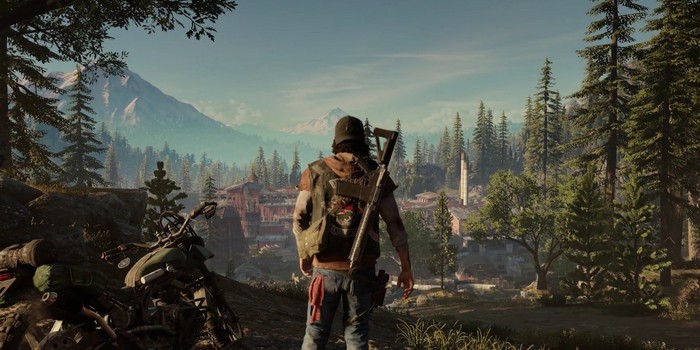 The open world also offers players various environments to explore, with no shortage of Freakers to dispatch. It is in player freedom that the game’s Freakers shine, as their rabid nature can be likened to the fast paced zombies seen in 28 Days Later. Hordes of Freakers consume large areas of the environment and can turn at a moment’s notice, leaving players hot on their heels or scrambling for their bike in order to make a quick getaway. The tense nature of the Freakers admittedly never let up, as their strength in numbers encourages players to think creatively, and sometimes avoid the fray altogether.

Overall, Days Gone is a shining example of a game made with love and dedication, but released in the wrong era, therefore an unintentional victim to unoriginal and overused ideas.

There’s a lot to love here, such as the impressive graphics or threatening open world. However, it pains me as there’s no denying what has been done has simply been expressed better elsewhere, from stories such as The Last of Us, to open worlds seen in Dying Light or Dead Rising.

Although Days Gone may not be perfect, I found enough positivity in the experience to warrant a sequel, and can only assume that the foundations have been laid in the hopes of a fantastic continuation that can not only learn from it’s mistakes, but the unique aspects of many other zombie tales around it.