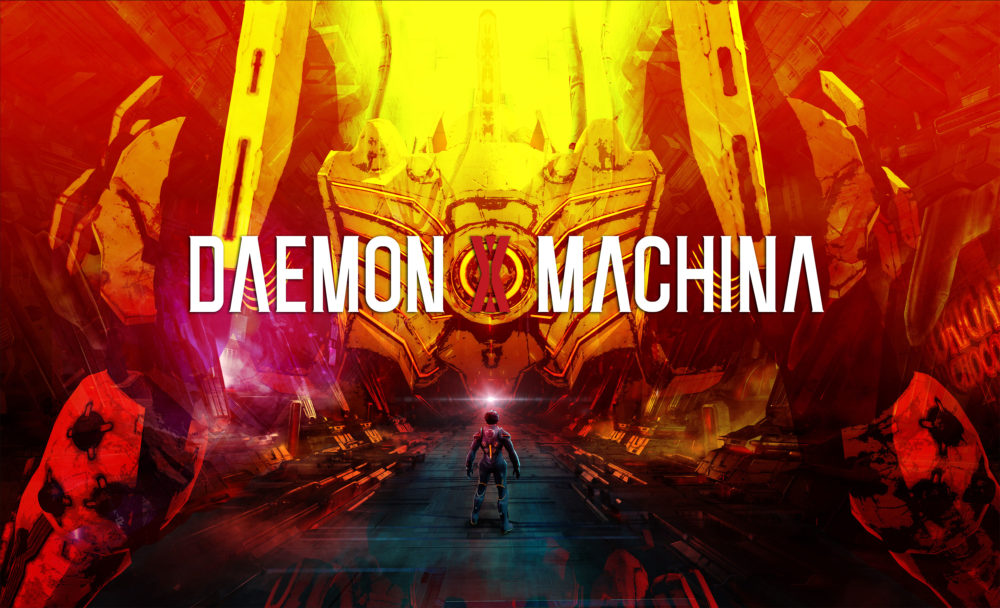 It’s been a little over two years since Daemon X Machina was announced at Nintendo’s 2017 E3 Direct and, after suffering through a troubled beta earlier in the year, has finally launched on the Switch. The trailers paint a picture of an amazing mech brawler with a lot of potential. Coming off of Astral Chain, I was looking forward to more horrible distopian-futures to play in. 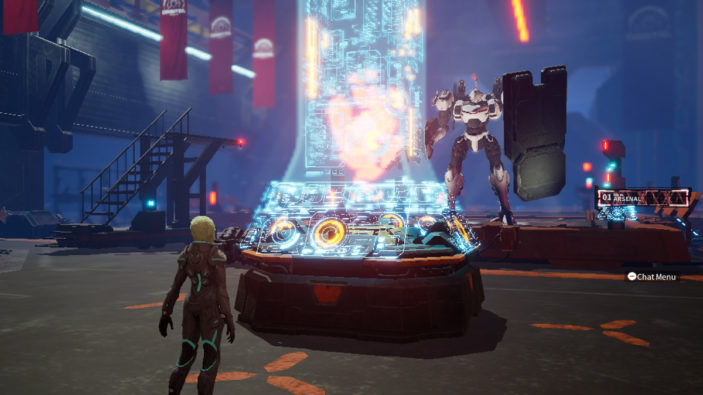 Daemon X Machina starts strong. You can customise your character almost top to toe, right down to their grunts and shouts in combat. Character models looked a bit wonky to me, though it might be by design that their skin is all … swirly? It’s hard to describe. At first, the character models looked a bit strange to me. There are swirls and lines on the skin that made characters seem mannequin-esque, like they were made of plastic. It’s not a significant distraction though, as your character barely gets any screentime beyond than the time spent customising them and you’d probably just get used to it with the rest of the cast. You can also customise your mech, which the game calls an Arsenal, and its overall look to your liking — give it a name, dress it up with decals unlocked through play. Adding personal touches to your hardware the way an actual pilot would makes the Arsenal really feel like it belongs to you.

The characters you meet along the way — other pilots and military types mostly — are your fairly typical array of Extremely Anime Eccentrics. Steroid-heavy man who can’t stop yelling and screaming about breaking things? Check. Goth Lolita girl who talks about death and hates everyone? It her. Self-righteous dude with long hair who speaks with a “holier than thou” tone? Got him too. 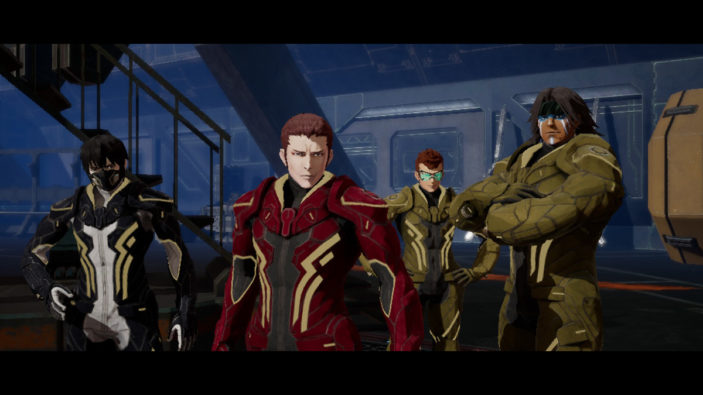 Most of your activities will be launched from a hub area called, fittingly, The Hub. Despite its name, there’s not much that you can really do there beyond kicking off your next quest or toying with your mech in the downtime between missions. Eventually you’ll unlock a few new storefronts in like the Ice-Cream Bar, shop that grants stat boosts during the next mission. Though plenty of NPCs mill around in The Hub, you can’t actually interact with any of them. Adding insult to injury, there’s a dog sitting next to your Arsenal’s terminal that you most definitely can’t interact with. Upsetting, I’m sure you’ll agree.

Like its core cast, the story of Daemon X Machina is some extremely anime nonsense. Here’s what I can gather: Something happened to the moon that caused it to strike the Earth. A new force of AI machines called Immortals emerged in the devastation following the strike and turned against their human masters. Thus, human-piloted mechs are the only means of protecting humanity from devastation, but the pilots doing all the protecting are mercenaries who have fractured into their own “Clans.” This seems bad and like there should be at least some kind of oversight regarding who gets to use the stompy bots. There are two opposing companies who hire most of these mercenaries and the moment you start your merc career is when the ethical lines between the companies start to get a bit blurry. Mercs are now attacking other mercs, which is apparently against the “Code,” a mission statement that is never properly explained. Not that it matters, no-one seems to care that the Code has been broken because everyone wants money. Therefore no one is really questioning the breach nor doing anything about it? 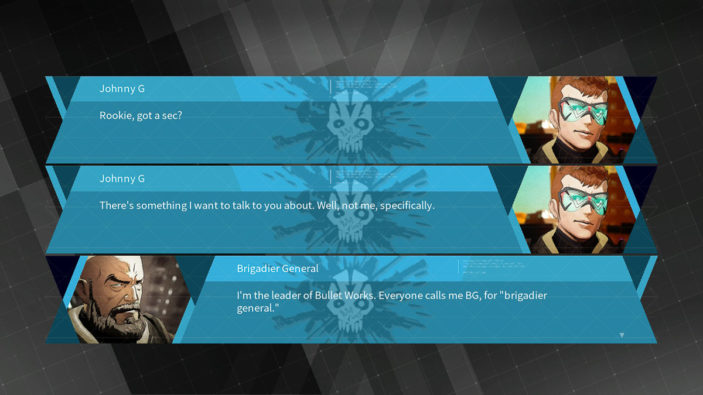 Missions remain more or less the same throughout the game: destroy all the targets on the map with your Arsenal and fellow Mercs. Cutscenes, too, follow a familiar pattern: the introduction of your fellow Mercs with no involvement from your character in the conversation (beyond the odd mention of you as a Rookie), followed by a battle and then its mission complete. Rinse and repeat. There’s not much else to say about them.

I have to be honest here — after about an hour into playing the game, I got bored. I kept going, giving it a chance but after an extra few hours, I stopped outright. All the game is to me is going through the motion of missions to further the vague story, weird cutscenes with awkward beats, no game-world exploration and near-zero interaction with anything in the game outside of cutscenes. Even then it is every other character interacting with each other rather than you interacting with them. I’m not immersed in the slightest and things quickly become repetitive.

The game looked absolutely great in the trailers but the end product is absolutely disappointing. It is really sad to see a product that a huge team of people put so much love and effort into it only for it to turn out this way probably due to bad planning or bad execution of good planning (because the concept seemed great!). This might be a game for mech shoot-em-up-lovers who don’t mind a heaping dose of repetition and not much else in their games, but that’s not me.

Review conducted on Nintendo Switch with a pre-release review code provided by the publisher.