For longer than we’d care to admit, Cyberpunk 2077 has been on our minds.

First revealed way back 2013, the wait for release has been long and occasionally frustrating. Thankfully, the worst appears to be behind us: following multiple delays in 2020 alone, Cyberpunk 2077 is now set to launch next week, December 10th.

The lengthy history of Cyberpunk 2077 is a story in and of itself. It’s changed shape over the years, shedding many layers of skin, but its goal never has. It has always sought to deliver a faithful adaptation of a beloved pen-and-paper role-playing game to its audience paired with a fresh take on the popular and diverse cyberpunk genre. It looks to genre titans like Ghost in the Shell, Blade Runner and Burning Chrome for inspiration, and pulls from retro-future imagery popular in 1980’s sci-fi.

Now that you’re up to speed, let’s talk about the five things we at The AU Review are most looking forward to in Cyberpunk 2077. 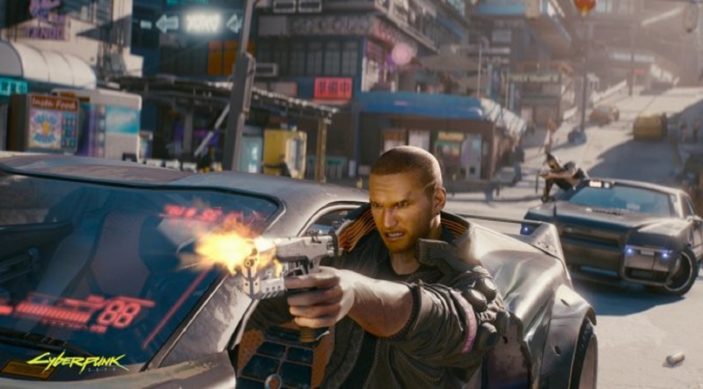 Polish developer CD Project Red is no stranger to dense and detailed open worlds. Their last game, The Witcher 3: Wild Hunt, is widely regarded as one of the finest open worlds ever created. This time however, things feel truly different. Night City feels incredibly wide in both its scope and structure, but dense in its attention to detail, in the way that multiple characters, objects and locations are elegantly placed throughout the open world. It’s also worth noting that the entire open world features 6 districts throughout Night City, complete with a surrounding desert area.

But the biggest challenge of making any open world is that it needs to feel lived in, and therefore alive. So the challenge becomes not some much about creating large portions of space for the player to roam around in, but making those portions equally interesting and engaging, creating memorable experiences for the player in the process.

Admittedly, Night City feels like a retread of worlds already encountered, from the likes of Blade Runner to Deus Ex. The light artistic flares and nuances littered through each street, be it advertisements strewn alongside buildings, or dodgy characters in a dark alleyway, all complete with their fresh dialogue and interactions, make Night City one of impressive open worlds we have ever seen in a  game before. An underrated aspect of any one world game is that the city poses as its own character.

And with that, comes some of the most gorgeous and unique visuals we have yet to see in this genre. It’s tough to speculate on exactly how big this world is in terms of metrics, but it seems safe to say that wherever you are, there’ll be something to do, and something to look at. And in my books, that’s a winner. 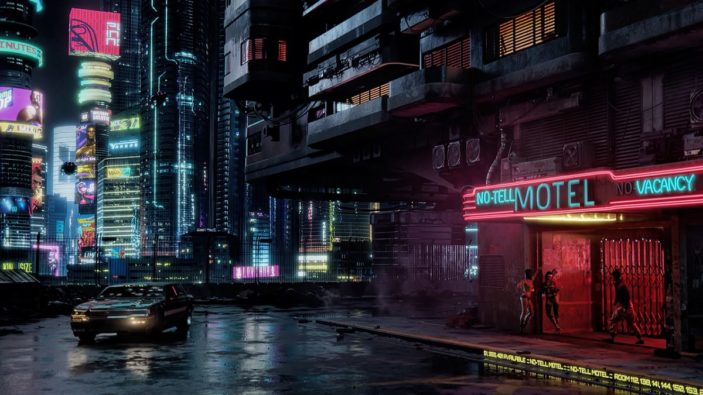 One of the more recently revealed mechanics of Cyberpunk 2077 comes in the form of ‘Braindance’, a segment of gameplay that allows players to delve into the world itself, accessing various security cameras and even perspectives in particular missions that require the player to investigate a particular situation either before, after or during a mission. Now make no mistake, nothing presented here through Braindance is particularly new. Think of this component as a detective mode of sorts, where one must scour areas of interest and security cameras for clues. Much like Batman’s Arkham series, players can fast-forward and rewind segments of a situation.

But seeing this level of detail from another perspective adds a layer to this mechanic I didn’t even know I wanted. More importantly, partaking in a Braindance also allows players to connect with the stories of others in Night City. Seeing things from the perspective of another individual only adds to the immersion of the experience, in that highlighting others around you once again makes the world feel lived in, and as a result, larger than you are.

Too often, open world games make their environments all about you, but I personally feel that the key to any open world environment is encouraging the player to stand out, and explore the world presented to them. It’s unclear as to exactly how much of these segments are subject to input or gameplay, but being able to experience an existing mechanic in an entirely new perspective builds an immersive connection to those around you that you may otherwise never have given a second thought to as you pass them by on the city streets. It makes Cyberpunk 2077 feel as though every person has a story to tell, and I can’t wait to explore each one. 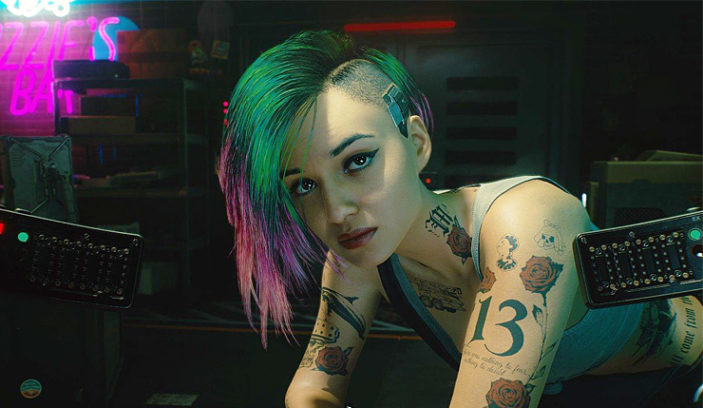 3. Look the Part, Feel the Part

Cyberpunk 2077 allows players to customise the appearance of their characters on what seems to be an unprecedented scale. While you’re locked into playing as ‘V’, the protagonist of this story, everything beyond this fact will be fully customisable. Much like Mass Effect’s Commander Shepard, V can be played in any gender.

However, given the current climate of both Night City and our broader world, Cyberpunk 2077 goes a long way in making character customisation a meaningful and accurate representation of multiple genders, preferences and identities. While all the generic visual options are available, including hair, skin tone, facial features and overall build, players now have an unprecedented amount of other customisable options, given the world of Cyberpunk 2077 also caters for cybernetic modifications and enhancements.

Players can now customise genitals, voices and features, of which any form of genitalia can be placed on any gender. While I don’t mean to harp so much on these inclusions, it’s nice to see developer CD Projekt Red incorporate both player choice and freedom of expression in such a way that feels natural, given the context of the game world itself. I also feel as though this would have never forced these inclusions had the world of Cyberpunk 2077 not allowed for such genetic mutations, but it’s nice to see that they appreciate the context of their world as much as fulfilling the needs and wants of their target audience. 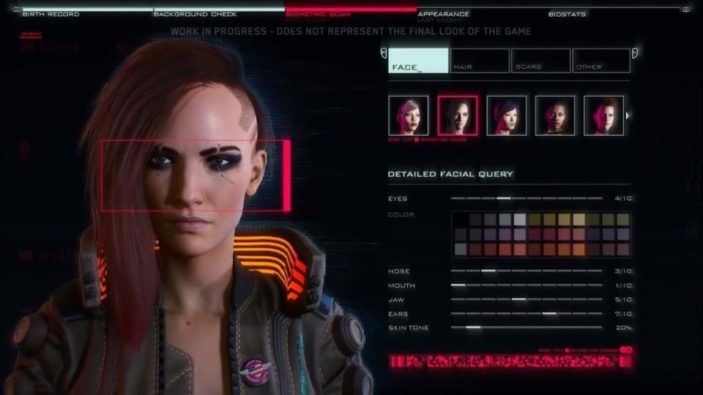 Along with Cyberpunk 2077’s visual customisation options, you’ll get the chance to choose your origin story. Cyberpunk 2077 features 3 origin stories, each of which decide how V’s the story begins.

If you would like to avoid light spoilers, skip ahead, however, I will only be referencing officially released information sourced from current trailers and news from CD Projekt Red. Players will be able to choose from Nomad, Corpo or Street Kid origins, each of which will start with V in a different location and quest. While the exact length and scope of each origin story is unclear, we have seen footage of the Street Kid origin story, which sees V moving to Night City at a young age, beginning his/her journey in a bar, as they soon take place in a carjacking gone wrong, therefore beginning the main campaign.

It is clear however, that the Corpo origin sees V growing up amongst a rich family, while the Nomad origin sees V placed on the outer regions of the map, in which he/she must trek back into the city to meet up with Jackie, V’s partner in crime. In saying this I’m willing to bet that each of these origin stories have little impact on the majority of the campaign as they reach a common starting point. Sure, it might not encourage a whole lot of replay-ability, but it’s most definitely a welcome approach to beginning such a story, helping players feel more connected to their own personal version of V. 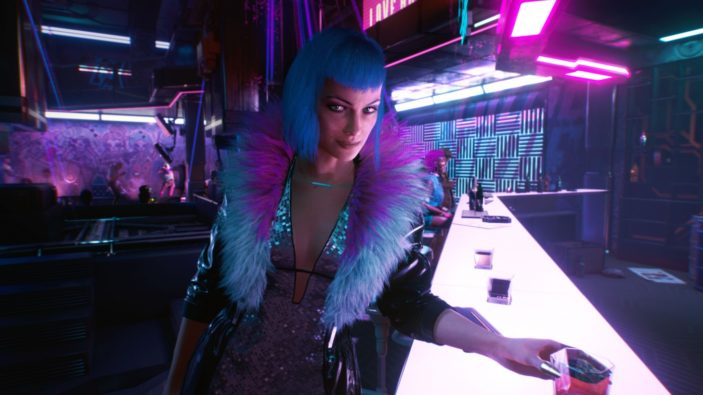 Cyberpunk 2077 is a first-person action-RPG at heart, but features multiple ways to play through its many missions. Giving credit where credit is due, many of the missions you’ll come across allow for multiple approaches based on a number of factors rather than pure gameplay. While players can utilise the mechanics to their advantage, Cyberpunk 2077 caters for multiple approaches as it does encourage them. Various weapons and upgrades cater for either stealthy or bombastic approaches, but it’s the scope within each mission that truly intrigues me. While some missions are relatively straightforward for a more cinematic effect, players will encounter missions that also allow for multiple outcomes.

With a large number of NPC (non-player controlled) characters loitering about allow for certain conversations that can alter or divert your path. For example, as V is on his/her way to a club to question a person of interest, you can meet a character sparring outside of the club. Should you choose to talk to him, he may end up inviting you to an underground fight club where you can earn some extra cash. This once again adds to the depth of the open world, given that NPC’s can have a genuine impact on your experience. The fact that this encounter felt random yet rewarding, and still leaves me struggling to comprehend how well everything ties into this singular open world in which there are so many cogs turning at a given time it could make your head spin. 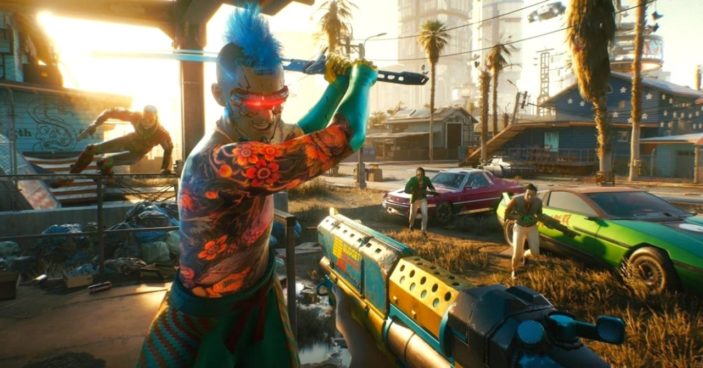 Over the past 7 years, there’s been so much about Cyberpunk 2077 that we don’t know. But days out from release, the tables have definitely turned, leaving us with hours of gameplay, news and discourse to sift through. And in saying that, I feel as though we’ve only scratched the surface, which is most definitely a good thing.

CD Projekt Red have attempted something incredibly daring here, combining scope, detail and diverse mechanics with player freedom and agency. All we can do is wait, but if you need something more in the meantime, why not check out Episode 1 of Night City Wire below. We hope you’re all as excited as we are to jump into Night City when Cyberpunk 2077 releases next week, on 10th December 2020.