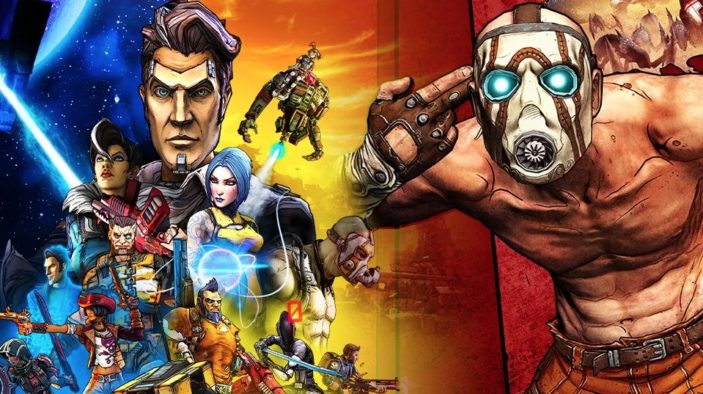 Borderlands remains one of the most important staples in recent gaming memory, as the granddaddy of looter shooters. Sure, many have learned, but none have quite mastered this unique blend of first-person gunplay, humour and exploration in the same way that Borderlands does. By now, most of us scavenged the land of Pandora, in search of these coveted vaults, but if you have never searched, or feel as though you want to return, this might be the collection your Nintendo Switch has been asking for.

Borderlands: Legendary Collection rolls the first three Borderlands games into one neat package. That’s Borderlands: Game of the Year Edition, Borderlands 2 and Borderlands: The Pre-Sequel, each presented in their complete form, packed with every single bit of DLC previously released. While it does nothing new for the franchise, it’s nice to see a new generation of gamers, and consoles, exposed to the beautiful madness that is Borderlands. What looks good, plays great and surprisingly performs even better, is back for a brand new generation of fans to enjoy.

For the few of you out there that have not played any of these three games, let me give you a little rundown. Each Borderlands entry sees a wide-eyed group of hunters in search of a mystical vault; a long-hidden stash of mystical proportions, which has remained but a legend until our hunters take on their quest. The first Borderlands is still a blast to play through, retaining its solid humour and functional mechanics. While it lacks the scope and polish of Borderlands 2, it’s sure worth playing through again now that all 4 DLC packs are included, adding some extra depth and variety to the overall experience.

Borderlands: The Pre-Sequel is a worthy addition to the franchise, retaining much of the polish that had come before, while treating players to what is arguably the funniest and most well-rounded group of vault hunters in the entire franchise. However, Borderlands 2 remains king, providing the right balance of solid, addictive gunplay and engaging narrative, as our protagonists chase down the villainous Handsome Jack, hellbent on finding the vault. With all DLC packs added for each entry, there’s no shortage of variety. Be it weapons (of which there are literally millions), missions or added playable characters which are accessible from your first play through. While the Borderlands: Game of the Year Edition slightly pales in comparison to its two sequels, they are all worth checking out for some solid fun. 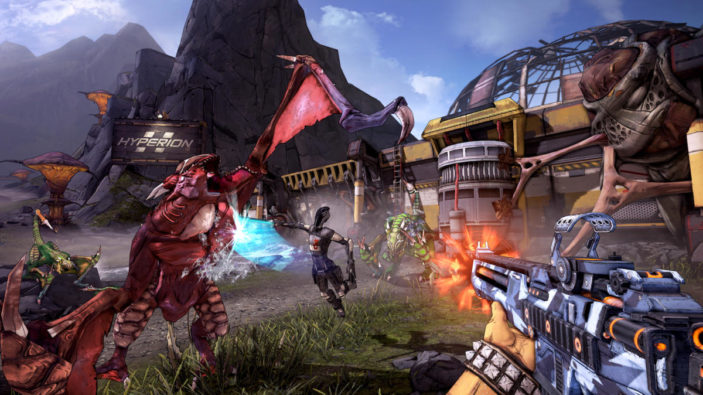 Gameplay in general remains just as solid as it was on both previous and current generation consoles, serving up functional, responsive gunplay on both handheld and docked modes. Aiming feels responsive, yet I noticed a slightly increased emphasis on auto-aiming, which may have been added to reduce the awkwardness of aiming on the go, after long periods of time. It’s nothing against the game, but more so that my large hands don’t love the joy-cons. Particularly during longer play sessions. I would personally recommend the addition of a Pro Controller, which gives the experience a more natural, familiar feel, although this negates some of the portability.

Controls feel familiar, and the action is just as punchy and responsive as you remember it being.  Each Borderlands game has retained much of the same mechanics, and the same rules apply to this Nintendo Switch port. Nothing changes drastically across each title, but nothing feels broken either. Which is an incredibly positive sign, given I tend to avoid shooters on the Nintendo Switch, as they never feel quite right. Motion controls have been added this time around, allowing for gyroscopic aiming during firefights, and while this is functional, it will most likely wear out its welcome sooner rather than later, given the solid traditional controls. 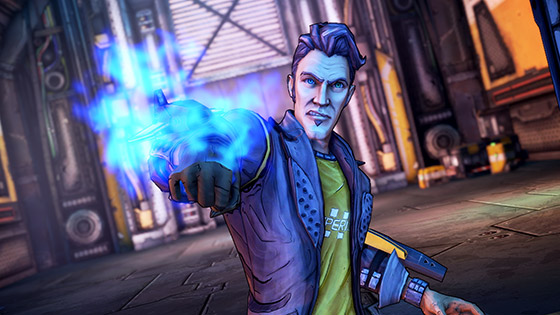 While fans of the previously released Borderlands: The Handsome Collection have been previously treated to a 4K, 60FPS experience, Nintendo Switch users are unfortunately not so lucky. In saying that however, while 60FPS games exist on the console, such as Super Mario Odyssey, they are rarely a consistent experience. Borderlands: Legendary Collection locks things in at 1080p/30FPS, which seems natural, given how much content is being squeezed into one game. That said, Borderlands: Legendary Collection runs incredibly well, hitting its advertised 30FPS almost the entire time I spent with it. Minimal drops in frame rate occur when multiple enemies on screen, but this remains one of the most impressive games in terms of performance that I have seen on the console so far, given the depth and scope of each of these three games. To top it all off, the entire experience runs at 1080p/30FPS on both docked and handheld modes, making the experience feel that much more consistent. While it lacks the polish of something like Borderlands: The Handsome Collection, which saw Borderlands 2 and Borderlands: The Pre-Sequel given certain current generation upgrades, you would be hard pressed to notice any significant downgrades on the Nintendo Switch.

Overall, Borderlands: Legendary Collection is about as good as you think it would be. If you loved these games the first time around, you’re most likely set. But if you didn’t, then I’m not sure how much this would do in tempting you over. But at the end of the day, this collection is a great excuse for a new generation of gamers to pick up and play on the go.

While the original Borderlands falters slightly when stacked up to its sequels, make no mistake; these are three fantastic titles that should not be missed by any fan. Given that they have finally made their way to the Nintendo Switch, and run and look as good as they do, I feel as though the package speaks for itself. If it runs great, looks great and plays great, it’s more than likely Borderlands: Legendary Collection.