Battlefield 2042 Review: A Trip Into the Eye of the Storm

For a franchise centred around the conflict of war, covering several eras and stories, it’s clear that Battlefield 2042 had one target left in mind; itself. What follows is an incredibly frustrating blend of smooth action and refined gunplay, paired with numerous bugs and glitches, and the overall lack of depth within its mainline modes. For everything Battlefield 2042 does right, something else left me scratching my head. Some new additions push the franchise forward in new and interesting ways, from the likes of dynamic weather and the new Portal mode, even if these additions are plagued with the same pitfalls.

Battlefield 2042’s exclusively multiplayer offering is split across 3 distinct portions. All-Out Warfare contains both Conquest and Breakthrough modes, while Hazard Zone offers objective-based gameplay where small squads must navigate large maps in a bid to recover and extract data. Finally, Portal offers players a journey back in time, where players can partake in multiplayer versions of previous Battlefield titles, from the likes of Battlefield 1942, Battlefield Bad Company 2 and Battlefield 3.

Conquest and Breakthrough return as the most iconic and recognisable modes within Battlefield 2042. Conquest sees two teams of 64 players (or two teams of 32 on last-generation consoles) battle it out by capturing specific points throughout the map. Given the scale of maps this time around, Conquest has allowed larger points of interest to be split into smaller objectives. This allows battles to be incredibly focused and fast-paced, particularly later on in matches. When 128 players (or 64 players on last-generation consoles) are all spawning on or around a specific point, things can get chaotic; in the best possible way. Breakthrough, featured in Battlefield 1 and Battlefield V, sees teams begin on opposite points of a map. Players must then push forward to the opponent’s end, capturing and holding as many points as they can along the way. This specific mode shares most of the fast-paced nature of Conquest, going as far as to bring even more of the chaos, particularly when both teams usually meet in the middle to capture the deciding sector. This mode however can prove a little frustrating given the sheer amount of players swarming a single sector, as spawning on or near the conflict can result in a bunch of frustrating deaths, with little chance of being revived. 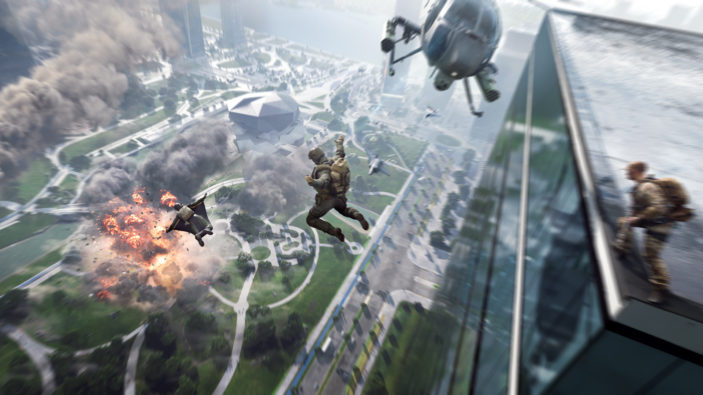 Along the way, players will also encounter unstable and dynamic weather conditions that cause torrential rain, agressive winds and ultimately, cyclones. These cyclones usually begin on one side of a map, tearing their way through anything in their path. This includes sectors either already captured or in the process of being captured, sweeping up and spitting out both players and debris. While you’re not likely to be killed, messing about within the eye of the storm is an incredibly novel experience, one that usually steals the attention of all players in the vicinity. Over time the novelty may wear off, but I do believe it’s a natural and innovative way to shake up the action. Either way, Battlefield 2042’s All-Out War package is traditional and safe, but an incredible amount of fun given the focused battles across large scale maps. Pacing is excellent once things get going and once a cyclone gets thrown into the mix, it can provide incredible blockbuster moments of fun.

Hazard Zone functions as a PvPvE extraction mode, where players must team up in squads of four as they navigate large maps in search of intel, before calling for extraction and escaping the fray. You’ll be dropped in from a particular side, as each squad makes their way towards the location of hard drives containing critical data. Across all 7 of Battlefield 2042’s maps, players will take on both player and AI-controlled opponents, the latter of which usually guard the path to the required hard drives. With two windows for extraction, it’s only once you’ve required the hard drives that the tension multiplies, as your journey outwards carries a massive painted target on your back. Unfortunately, as this mode is incredibly direct, it lacks the chaos of All-Out Warfare. Without multiple objectives and varied encounters, I can see this possibly losing dedicated players in the long run. But it’s definitely worth trying considering its multi-layered approach as you navigate through player and AI controlled opponents. 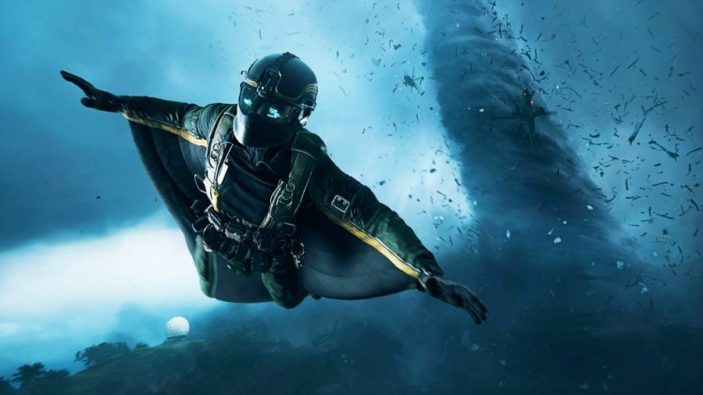 Finally, Portal offers a dive into previous Battlefield titles. Comprising of maps, assets, vehicles and weapons from Battlefield 1942, Battlefield Bad Company 2 and Battlefield 3, the sheer amount of variety is sure to attract the most fans moving forward. While currently featured servers allow you to jump right into the action, the amount of user-created servers and player dedication to crafting older experiences will more than likely hold multiple generations of players, new and old, in its grasp. The nostalgic blast hits you full force as you dive into what feels like three separate multiplayer experiences. The maps pulled directly from these three games feels smaller in comparison, but it’s an admirable inclusion and nod to the previous popular iterations that have brought the franchise to this particular point.

Across 7 maps, Battlefield 2042’s scale is consistently grand. While certain maps provide more bang for your buck than others, the consistent level of action provides each part of each map with a conflict of some sort. From the widespread and open runway of Orbital to the incredible verticality of Kaleidoscope, there’s something for everyone. It’s hard to pick on Battlefield 2042 for only including 7 maps at launch as the maps are utilised in various ways across Conquest, Breakthrough and Hazard Zone modes. 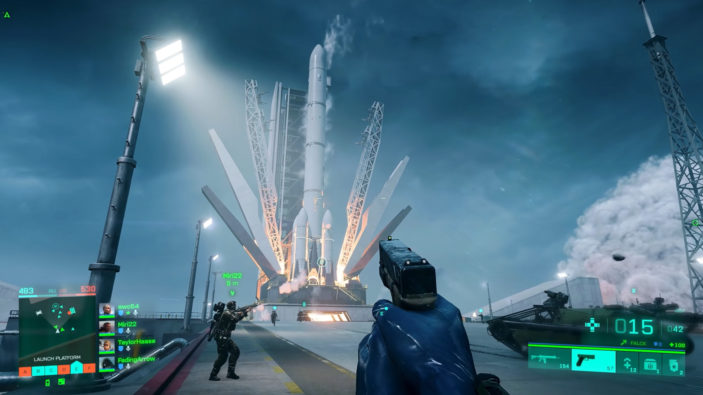 In terms of gameplay, Battlefield 2042 is arguably as good as it’s ever been. Gunplay feels responsive and punchy, while weapons feel weighty and versatile. Time to kill still feels a little too long for my liking, but the action remains fast and functional. Both on foot and in vehicles, controls are intuitive and easy to learn, even if flying both the helicopters and jets can feel a little daunting in chaotic situations. My only gripe with the gameplay lies not in its mechanics, but in its specialist-based implementation. Linking your classes to 10 specialists, each with their own specific abilities and gadgets feels incredibly limiting. I understand the class system included within the selection of these specialists is a standard for the series, but the ability to mix and match gadgets out on the field is out of your control. This means that your playstyle is going to be linked to one of these specialists. You may appreciate Dozer’s resistance to explosive damage effects, but this will cost you the complete absence of a particular gadget as Dozer does not possess one. On the other end, Mackay’s grappling hook is incredibly useful as a gadget, while his ability to move and aim faster on ziplines is relatively useless. I also struggle to buy into the forced personalities and one-liners that aim to give depth to characters that have no real impact on the underlying narrative or general multiplayer experience. Thankfully, I do love the implementation of the weapon ‘Plus Menu’ which allows you to swap and assign attachments on the fly with the shoulder button, alleviating some of the frustrating class-based mechanics.

Finally, it’s worth noting the multiple bugs and glitches that many have encountered since launch. Battlefield 2042 is an incredibly fun and addictive game; when it works. Multiple crashes, the lack of collision effects on some maps and assets, the choppy textures on background articles like clouds all culminate in highlighting something that feels simply unfinished. However, I leave this last as I do believe with the patches ahead, this can be fixed, allowing the stellar gameplay to shine through. But for the time being, it’s unfortunately, a speed bump that fans and newcomers alike will have to brave through.

Battlefield 2042 is, for the most part, a fun time. Its widespread and open maps allow for chaotic encounters and a variety of approaches. The Portal mode feels like a love letter to previous games that deserved a revitalisation of sorts and is sure to keep multiple generations of fans around for the long run. However, between a lack of broader content across the two remaining two modes and various bugs and glitches, my time with Battlefield 2042 felt like more of a missed opportunity due to the specific conditions at launch, rather than an outright disappointment at a game that feels terrible to play. I’ll continue to play Battlefield 2042. I believe that many of its remaining weather mechanics and functional and satisfying combat will overtake the rocky start. But I’ll also be keeping my fingers crossed, hoping that future updates come sooner rather than later.