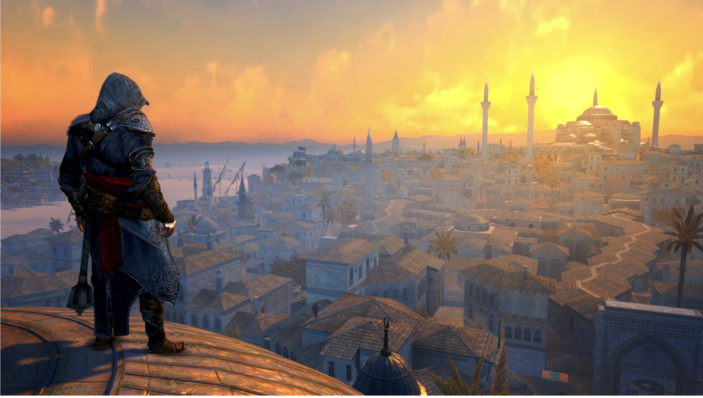 I am a late bloomer when it comes to the Assassin’s Creed series. My first game was Assassin’s Creed IV: Black Flag and I have enjoyed most of the entries since that release. When people talk about Ezio, I shrug my shoulders and tentatively agree. While there have been various remakes and remasters since, like the notable Assassin’s Creed 3, I wanted to wait to play the second game and its side titles starring Ezio Auditore da Firenze, the fan-favourite assassin of the series. Finally, being able to play this trilogy on the go with the beautiful OLED Nintendo Switch has immersed me in this world and made me a believer that Ezio’s saga stands out as the premiere chapter in the Assassin’s Creed saga, and I can’t wait to keep exploring.

I am Ezio Auditore da Firenze 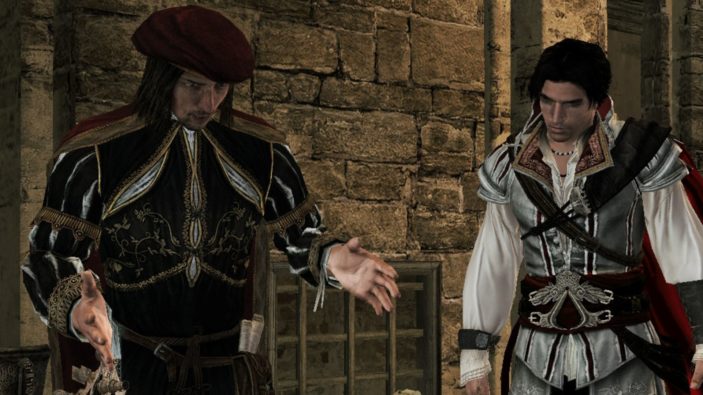 There is some really great integration of the Switch hardware in this collection, including the use of the touch screen to mark points on the map along with enlarged HUD and subtitles, making things easier to read and keep track of when in both portable and docked modes. The HD rumble in the Joy-cons was a surprising addition, although I felt they could have been utilised a little more frequently. There is some rumble but nowhere near as intense and responsive as other titles on the Switch.

While I don’t want to delve into the narrative of each game, you can dive into our reviews of each entry in this trilogy here. However, let’s run through a quick recap of the series for the sake of context.

Assassin’s Creed II follows Desmond who is on the run from the company Abstergo with tech-head Lucy who investigates the Fruits of Eden mystery by entering the memory of Desmon’s ancestor Ezio and exploring Venice, Monteriggioni and Florence. Assassin’s Creed Brotherhood picks up with Ezio as an adult living in Rome attempting to recruit new members for the Assassin’s posse and leading them through their first missions. Assassin’s Creed Revelations follows a much older Ezio in Constantinople finding clues left by his ancestor and closing off the chapter of this series. 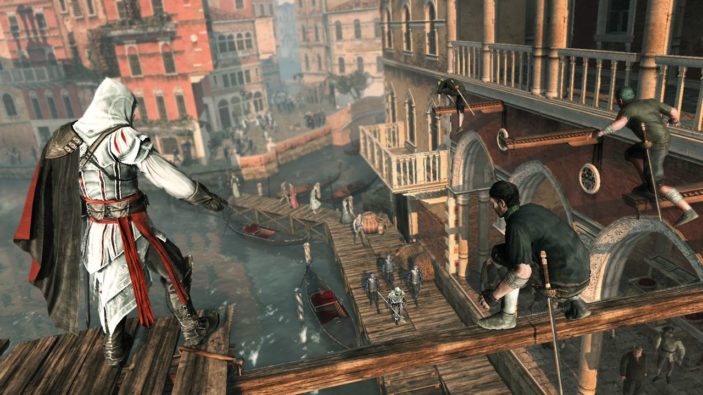 These are gigantic games within themselves, serving up a multitude of missions, side quests, collectibles and DLC. I’m around 60 hours in, with a lot more to discover. It is worth noting that if you buy the physical card, this only contains Assassin’s Creed II, with the remaining two titles as a required download, so make sure you have enough space to accommodate all three. If you have the digital-only version you are looking at 36 GB, as opposed to the 26 GB needed for the remaining downloads for the physical edition.

The overall port of these games is admittedly impressive. While the game mechanics have definitely aged, it still looks spectacular on a Nintendo Switch. The frame rate maintains a solid 30 frames per second and additional effects like mist and snow rarely slow the game down, with synchronisation views atop one of the map’s higher points also proving smooth and consistent. 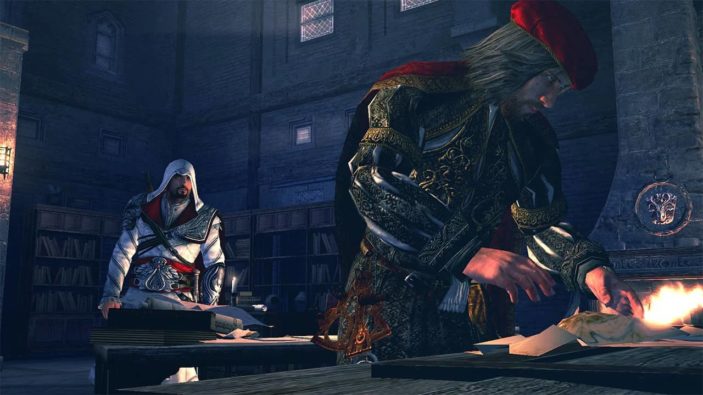 Ports like these are an absolute dream. They allow gamers who haven’t experienced the originals to connect with the amazing games on previous consoles, and this is right where Assassin’s Creed The Ezio Collection fits in. While it will take up a large amount of space on your Switch, it definitely makes up for it with a well-told story arc, beautiful graphics and performance, and a saga that you will want to play over and over.