As Dusk Falls Review: The heart of the heist 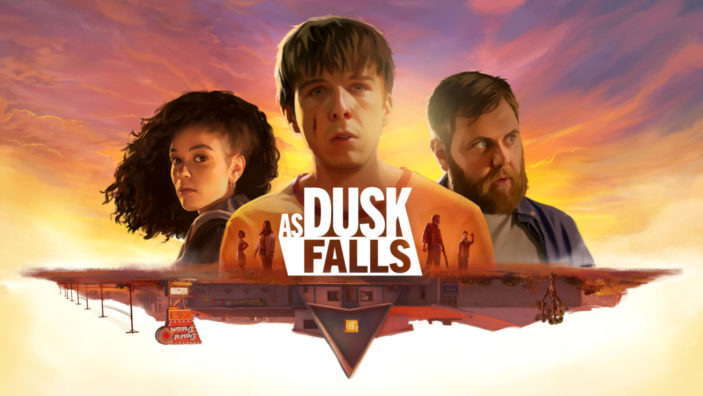 As Dusk Falls is in many ways a perfect representation of its setting and characters. Tucked away in Arizona, the small town of Two Rock paired with a deep and nuanced cast of intriguing characters bring to life one of the better video game stories in recent memory. Tied to many of the developer Telltale’s games’ mechanics in terms of gameplay, As Dusk Falls never fails to present serious situations in unique and interesting ways, reminding players that the stakes are real. And it’s all the better for it.

A Little Motel Down the Road

Set in 1998 in the small backwater town of Two Rock, Arizona, As Dusk Falls tells the tale of two distinct groups of chapters. One group, led by protagonist Vince, are on their way through the town on a very specific road trip, of which its intentions I’d rather not spoil, before a near accident leaves their car out of commission. Walking up to the nearby Desert Dream Motel, Vince and his family have no choice but to seek shelter for the night. On the other hand, the rag-tag trio known as the Holt brothers, have just robbed the house of the local Sheriff, before fleeing to that very same motel to hide. What follows is an immediately tense heist narrative that weaves and flows as consistently as it draws you in. As simplistic as that setup is, the narrative does a fantastic job at unravelling the motivations of each character, which only deepen as the narrative continues. The gamut of emotions is wide and authentic, with certain choices leaving me so distraught, I would need to replay them in order to achieve a different outcome. It’s also worth noting that As Dusk Falls deals with some significantly tough aspects of life, from abuse to suicide, should the themes feel too confronting. 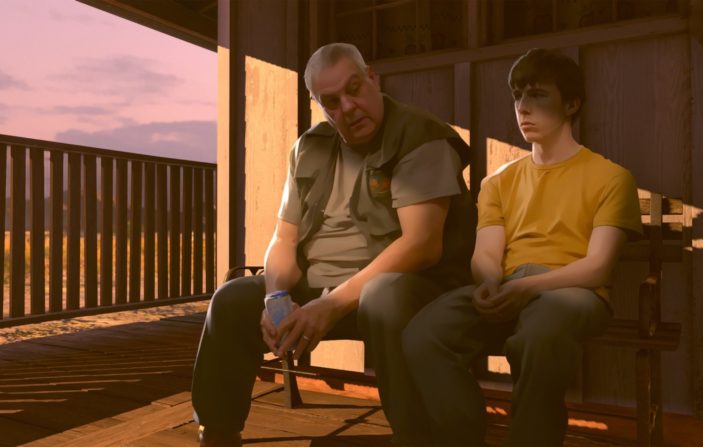 A Choice to Make

As Dusk Falls centres around the ability to make multiple choices on the fly, affecting the narrative in specific ways. While the game actively alerts you when a particular path or outcome has been decided. Thankfully, As Dusk Falls summarises each split in the narrative, highlighting which choices resulted in such diverging paths and potentially catastrophic events. Much like any other Telltale or Quantic Dream game, the narrative is made to push forward, regardless of your choices. But if, like me, you had such a hard time dealing with the repercussions of your choices, you can always head back to a specific point in that chapter, and coroutine the narrative from there with new choices in mind. The temptation may prove a little too strong for some, as many will more than likely flick back to a defining movement at the end of each chapter to set things right. Given the sensitive nature of some of the themes represented in the game, I can appreciate the ability to go back and alter the narrative, should the content be too distressful. But all in all, As Dusk Falls deals with these aspects and choices with enough respect that it never feels over the top or glamorised, instead propelling the narrative forward with deeper character development.

As Pretty as a Painting

There’s no other way to put it; As Dusk Falls looks gorgeous. The art style has been split between static, hand painted imagery and animation, of which the two always seem to blend. It does grow on you after a while, but the fact that characters remain static during dialogue can feel a little jarring, considering the top notch voice work rarely matches a character’s expression. That being said, my only real complaint here is that the static nature if the art style takes away from the intense, fast-paced nature of certain action scenes, that expect you to react on the fly, as the screen remains static, in turn losing a sense of urgency I believe certain scenes had intended. Quick-time events are frequent and consistent, but rarely present any challenges for seasoned gamers, who will instead see most of their choices come directly from dialogue heavy scenes. 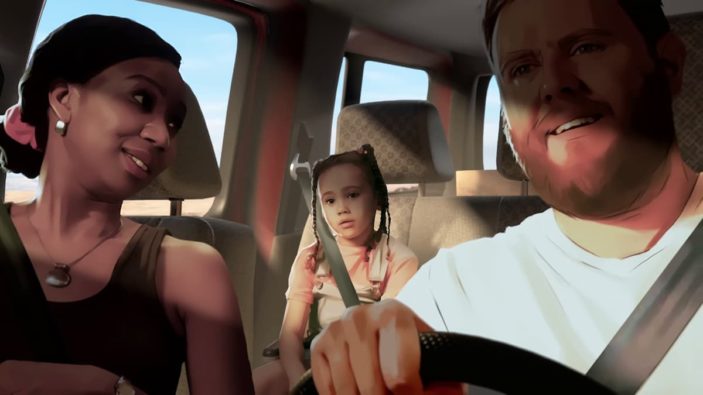 We’re All in This Together

Much like developer Supermassive Games’ recent outing, The Quarry, As Dusk Falls also allows for cooperative multiplayer. Up to 8 players can join in on the fun, contributing to your choices via the companion app. I had recently tested this similar concept in The Quarry, and can say without a doubt that As Dusk Falls is definitely at its best when played with friends. Through the app, friends can chime in on decisions and vote for alternatives, making for an experience that’s arguably as competitive as it is cooperative. As the host, players are also able to assign a certain number of override abilities to players, meaning that players can choose to have the final say at any time, by using one of these abilities, regardless of the choices the majority of players would have made. Much like As Dusk Falls’ narrative, the multiplayer experience does a job at painting on both sides of the fence and expanding on the lives and satiations of each character, adding a level of context that increasingly unfolds should players have a change of heart; believe me, many of you will. As Dusk Falls also features a broadcast multiplayer mode, where streamers can integrate their Twitch chat into the game, deferring to the choices of viewers. Like the normal cooperative mode, users will vote on story decisions, directly impacting the course of the narrative.

Overall, As Dusk Falls tells nothing short of a heartfelt, nuanced story about a handful of realistic and well-portrayed individuals. The story lends itself to some rather intense and sometimes upsetting moments which will more than likely leave a lasting impression on players. Paired with a gorgeous art style and unique multiplayer modes, As Dusk Falls is constantly focused on engaging and entertaining more than just video game fans. Although the game mechanics themselves are rather basic, and the art style rarely lends itself to any sense of urgency through its quick-time events, instead presenting itself as an interactive thriller as opposed to a challenging game. That being said, As Dusk Falls presents more than enough to draw you in and keep you there for at least a few playthroughs.