5 video game elements that were weirdly out of place

Back in late September, Ken Levine, one of the driving forces behind the Bioshock series posted this to Twitter during Yom Kippur, the Jewish Day of Attonement.

Today is the Jewish day of atonement, it seems. So I’m here to apologize for the naked Atlas boss battle at the end of BioShock. pic.twitter.com/UeaEWV717Q

Cheers, Ken. That boss fight has gone down as one of the weirdest ever included in a AAA video game. Not just because the game’s primary antagonist comes at you in the nude, trying to crush you with his big Irish biceps, but for also feeling wildly out of place.

The only other things that could be considered boss fights in the original BioShock would be the encounters with Big Daddies throughout the dilapidated ruins of Rapture. There were only two variations of these kinds of encounters throughout the game, so a tussle with an oiled up Irishman came well and truly out of left field.

While they may not be as clear cut or easy to to identify as BioShock‘s Atlas battle, games are littered with similar curiosities — elements that may have sounded fine in the design doc, but miss the mark in their execution. Often they make sense within the game’s established universe, but fall apart with even a minimal application of logical thought. Here’s five our favourite video game elements that were weirdly out of place.

5. The Last of Us – The Flamethrower 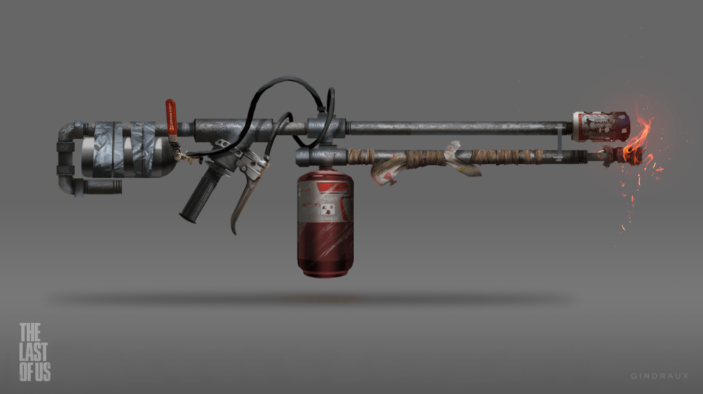 The Last of Us featured some pretty incredible weapons, all upgradeable, that give the player a sense of low-level choice as they navigate the post-apocalyptic world Naughty Dog created. But one of them sticks out from the rest of the crop like a sore thumb — the flamethrower.

The Flamethrower is acquired some time during the game’s second act, the Autumn sequence. It’s designed to look like it fits right into the universe, from industrial-looking components to homemade dodge-job parts. Nick Gindraux, the weapon’s designer, gives a rundown on the thinking that went into designing the flamethrower here.

But there’s just something about toting a flamethrower in a game so oriented around stealth that doesn’t feel right. Although it’s effective against enemies, a massive up-close damage dealer, and built for high-profile, attention grabbing action, but completely removes stealth from the equation. Its size and complexity also makes it take up a lot more room in the backpack than alternatives like the hunting rifle or shotgun.

That said, it’s a fits into the universe, and makes sense in the environment that you acquire it. If you’re going to have a group of enemies called the Fireflies, it makes sense for them to carry flamethrowers and it makes sense for you to be able to pick it up if you want to. It just doesn’t make that much sense to actually use it. 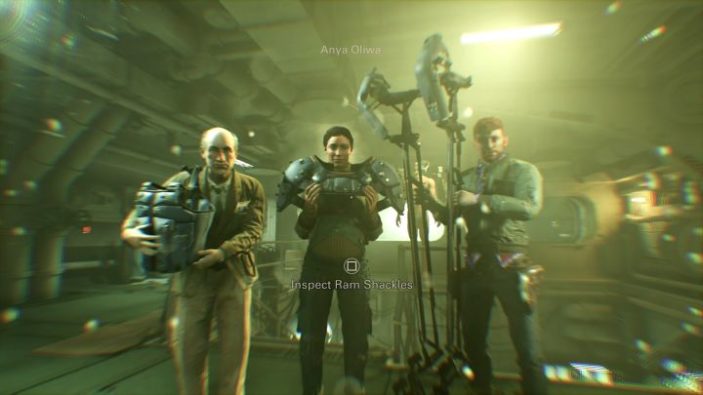 I think Wolfenstein 2 was a bit of a pacing nightmare. The first half of the game is incredibly difficult, with a health handicap being placed on the player for lore-related reasons, a second act that was essentially a long cinematic, and a third act that quickly added 3 varieties of going about situations with a single player choice, through the contraptions system.

Contraptions were introduced late game, for the last 4 or 5 stages, giving you 3 options – be higher than enemies, make yourself really compact and able to get into tight spaces, or give yourself powerful ramming abilities. Big choices – that would have made way more sense at the start of the game.

Whilst they make sense inside the game world, it’s perplexing why Machine Games would have added these as player usable – they really only add the ability to find some secrets, beyond that everything can be done with the normal skillset.

All this said, big shout out to Machine Games for doing a great job with Wolfenstein 2. 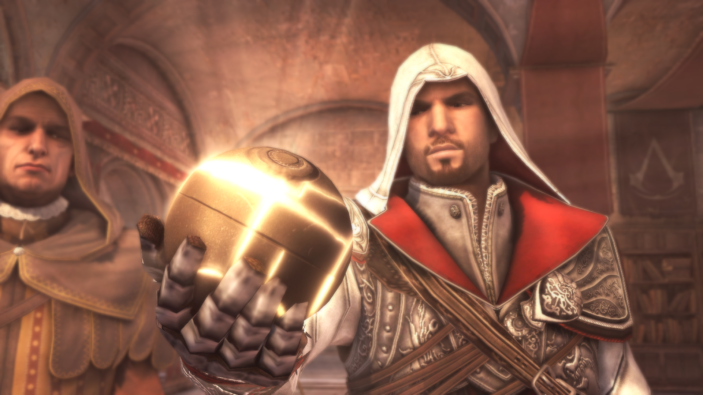 In some of the final missions of Assassins Creed: Brotherhood, the player, as Ezio Auditore, gets the ability to hold, use and kill with the Apple of Eden, an immensely powerful artefact within the series’ lore.

The apple’s power can bend the will of people, causing them to run off or join forces with the player.

Whilst it was a cool moment in the series, being able to just devastate the forces of Cesare Borgia with a circular Amazon Alexa, it almost feels out of place within the confines of the game. Ezio would have been more than capable of hacking through the forces rallied by Cesare without having to resort to using the Apple. That said, it also doesn’t make sense that Rodrigo Borgia would have separated himself from the Apple, given his leadership of the Templar order, and understanding of the Apple’s true power. But today, I’m not a narrative critique.

All this said, the game is quick to take the apple from the player, for the final confrontation with Cesare.

2. Dead Island – Firearms Across The Board 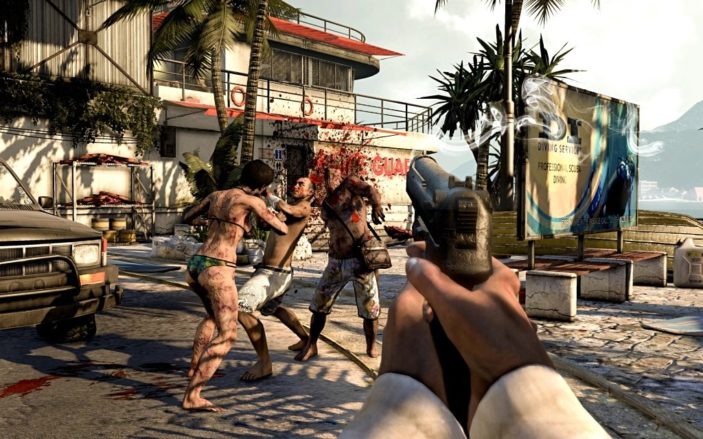 Really, this can be across the board from Dead Island through to Dying Light, to the exception of some rare weapons.

Dead Island was immensely popular when it came out in 2011, offering cooperative Zombie-slashing fun in an open world that was unrivalled.

The game had a massive list of melee weapons for players to choose from – ores, clubs, mallets, swords – but the game also had a weapon type that didn’t quite fit into the rest of the game; firearms.

Firearms were loud, and alerted zombies and humans to your area. On top of that, in Dead Island, they were quite difficult to aim, ammo was scarce, and the guns were just simply hard to find in the first place.

Perhaps it was a creative choice to put firearms into the game – albeit one of the characters skill set very much caters to using firearms.

1. Superpower Games As A Whole – Vehicles 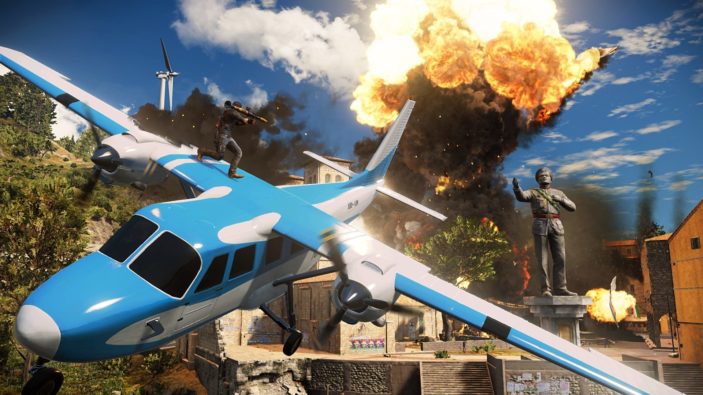 This listing is across the board for several titles, including Prototype, the Just Cause Series and Saints Row 4.

These titles really make the player feel like a bad-ass, giving them the abilities to go super fast and fly from here to there as if it’s not physically draining at all, and as if it wouldn’t result in immediate death by impact.

In some of these superhuman titles, however, vehicles, although sometimes limited, are still usable and able to be entered and driven. For the most part in Just Cause, although it can make for some great comedy, it’s much more efficient to be using your wingsuit to traverse the lands. In Saints Row 4, from the get go, your super fast running is already faster than any vehicle.

Perhaps these elements simply come down to an element of player choice – although in Just Cause 3, using every vehicle also ties into completionist gameplay. In Saints Row 4, you’re a superhero! You’ve got no time for cars!