The AU’s Most Anticipated Books of 2022: Jul to Sep 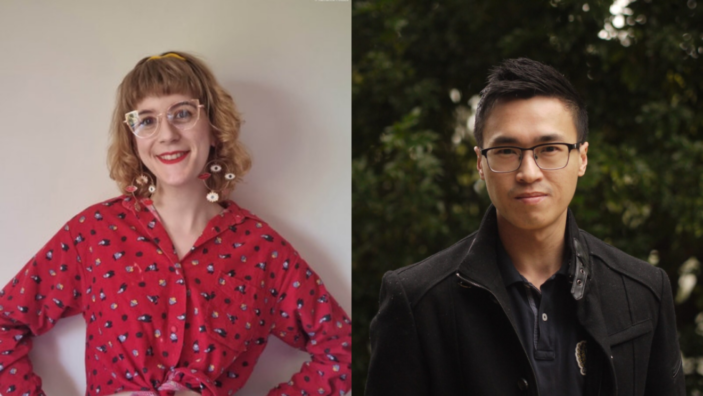 Somehow we’re halfway through the year. Which means the publishing world is beginning to start gearing up for Christmas. Soon, the shelves are going to be inundated with biographies and celebrity memoirs. We’ll also start to see the release of new books from the literary world’s commercial big hitters.

As always with so many books being released each month, we in the AU Books Team have picked out a few choice cuts from the hundreds of books being published over the next three months. It’s not an exhaustive list by any means. These are just some of the books we’re excited for in the near future.

We’ll be back in a few months to preview some of our most anticipated books coming out at the end of the year. Until then, happy reading! 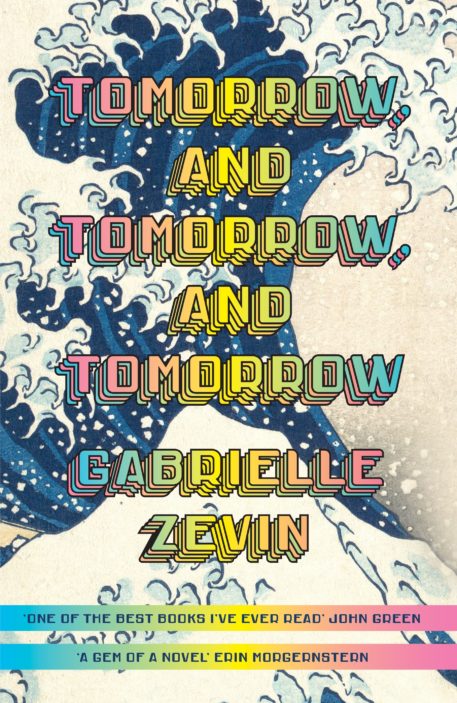 Simon: Two kids meet in a hospital gaming room in the late 80s. Their love of videos games becomes a shared world, a way to escape the boredom of wards and waiting rooms. But their friendship is fleeting, until they bump into each other eight years later in a crowded train station. This chance encounter proves to be a creative spark needed to work on what they love, together.

This the back story to Gabrielle Zevin’s forthcoming novel Tomorrow, and Tomorrow, and Tomorrow. It promises to take readers on a dazzling imaginative quest through perfectly crafted worlds of the two friends Sadie and Sam, and the imperfect world of their reality. It hits all the right notes for me: identity, creativity, connection, and the human condition. Count me in. Emily: It’s been a while between fiction books for Kate Forsyth fans, as she took a brief interlude to publish her fascinating non-fiction book, Searching for Charlotte, with sister Belinda Murrell in 2020. This July, she’s back with more myth inspired historical fiction in The Crimson Thread.

Set in Crete during World War Two, the story follows a young woman’s difficult choice between family ties and the man she loves. If the title and setting are anything to go by, my guess is that this novel will have strong ties to the myth of Theseus and the Minotaur. Kate is a master storyteller and her books are a pure delight, so I’m excited to get my hands on this one.

A Half Built Garden – Ruthanna Emrys 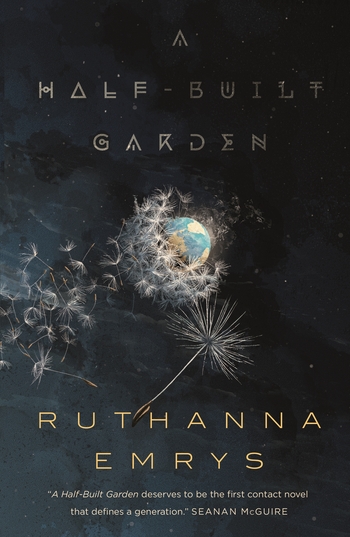 Jess: The cover and the glowing praise for Ruthanna Emrys as the ‘literary descendant of Ursula LeGuin’ drew me to this book, the premise of Earth’s first contact with aliens being driven by environmental disaster kept me interested and now I can’t wait to get my hands on it.

A Half Built Garden explores climate repair and hope for humanity in the face of our own self-destruction. When aliens come to Earth offering to save humanity by taking them away from their dying planet, a choice has to be made – to stay and keep repairing the world, or leave and find a home elsewhere in the stars. 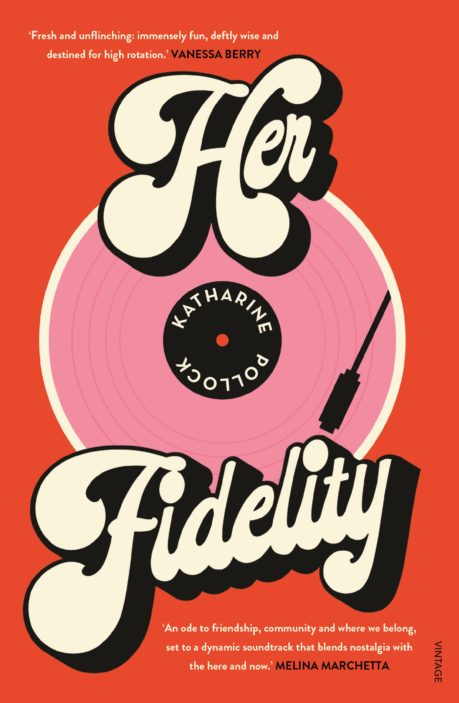 The novel tells the story of Kathy. She’s worked at Brisbane’s Dusty’s Records for half her life. She arrived as a teenager, and now with thirty on the horizon she’s still there. But, the cracks are starting to appear.

In many ways it’s a classic rock n roll coming of age story; with extra feminism. Author Katharine Pollock has worked in record stores in Brisbane and Sydney – so expect her to bring the authenticity. If you enjoyed Caitlin Moran’s How To Build A Girl and How To Be Famous then this one for you. 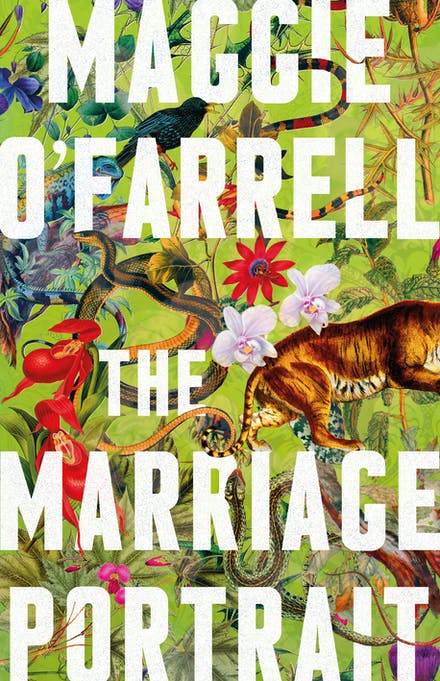 Emily: After Maggie O’Farrell captured everyone’s hearts and then subsequently broke them into tiny little pieces with 2020’s Women’s Prize-winning book, Hamnet, the writer now turns her pen to Italy in the Renaissance.

The Marriage Portrait is described as a young woman’s battle for survival against a backdrop of political intrigue. We already know that O’Farrell is an agile writer across genres and that she knows how to craft a damn good story.

I hope she’s a writer about to have a bit of a renaissance of her own. 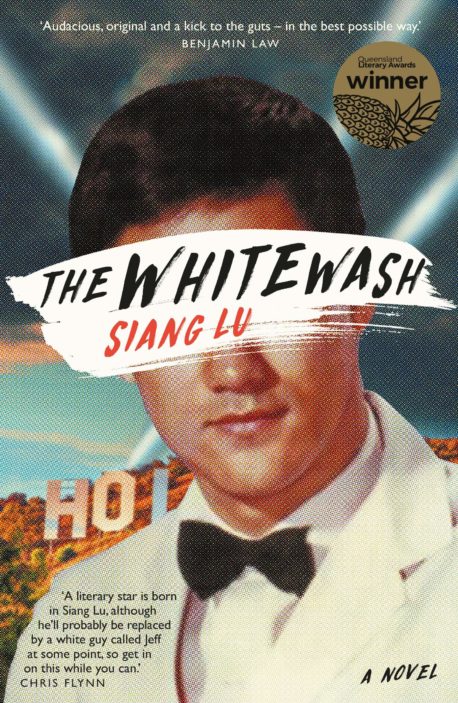 Jemimah: The Whitewash is a black comic novel told in the form of an oral documentary about the whitewashing of the Asian film industry. I love a black comedy, and dark sarcasm as applied to racism feels like a particularly fitting match.

Author Siang Lu relays, in oral documentary style, the story of a Hollywood spy thriller called Brood Empire starring an Asian male lead. But the whole thing fell apart, and not just quietly, but into a sordid fiasco of seismic proportions.

The Whitewash is the story of that mess, intermittently fact-checked, and featuring “a fool’s gallery of actors, producers, directors, film historians and scummy click-bait journalists.” 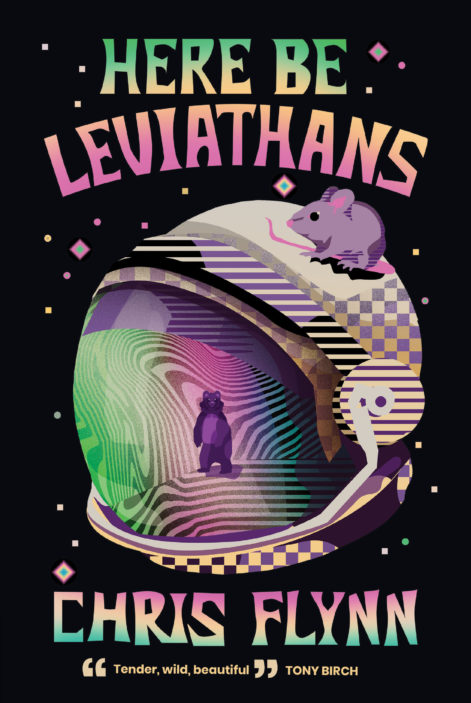 Simon: Chris Flynn’s last book, Mammoth, was my favourite book of 2020. So now when I see a listing for a new Chris Flynn, I hit the pre-order button fast. Flynn’s forthcoming book Here Be Leviathans sees him embracing the short story format. And just from the overview – grizzly bears on the run, genetically modified platypuses, smitten sabertooth tigers – it looks set to be one of my favourite releases of 2022.

Here Be Leviathans looks set to be a collection rich in imagination, in humour, but also in introspection. It will all, undoubtedly, be delivered in Flynn’s unique, witty and remarkable style. There are few writers who can quite pull off compelling and believable non-human narrators, but Flynn is one. 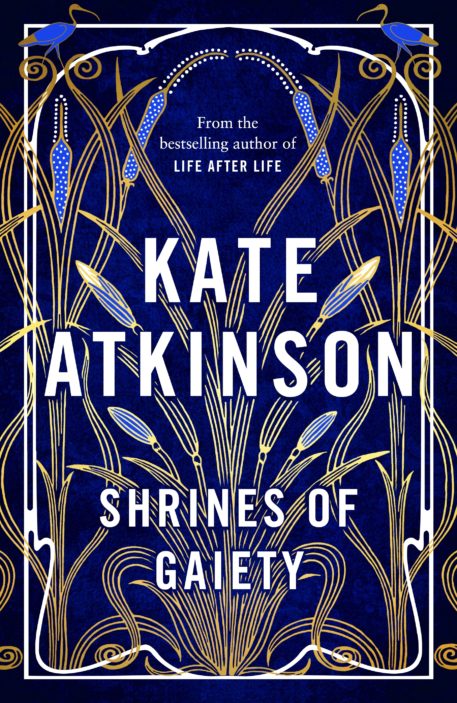 Emily: Kate Atkinson’s forthcoming bestseller (yes, I said it), Shrines of Gaiety is set in the world of 1920s Soho gangsters, and follows the travails of matriarch, Nellie Coker.

As the world recovers from the Great War, there’s money to be made, and Nellie Coker is building an empire. But whenever one kingpin—or queenpin—becomes too successful, there’s always another waiting in the wings to cut them down.

With Atkinson’s talent for crafting memorable characters, I look forward to diving into this seedy but glittering underbelly with relish. 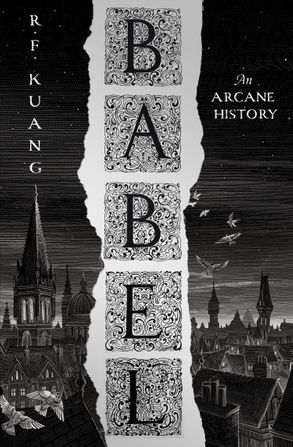 Jess: I know I’m not the only one anxiously awaiting Kuang’s latest release after the hit that was The Poppy War. This time the author takes us to Oxford 1836, and Babel, the Royal Institute of Translation.

Robin Swift is an orphan from Canton, brought to Oxford by a mysterious guardian. Paradise soon becomes a prison, as Robin learns the role of translation in power and knowledge.

“An act of translation is always an act of betrayal.”

In Babel, Kuang promises to explore the role of language in the violence of colonialism and the sacrifices of resistance. 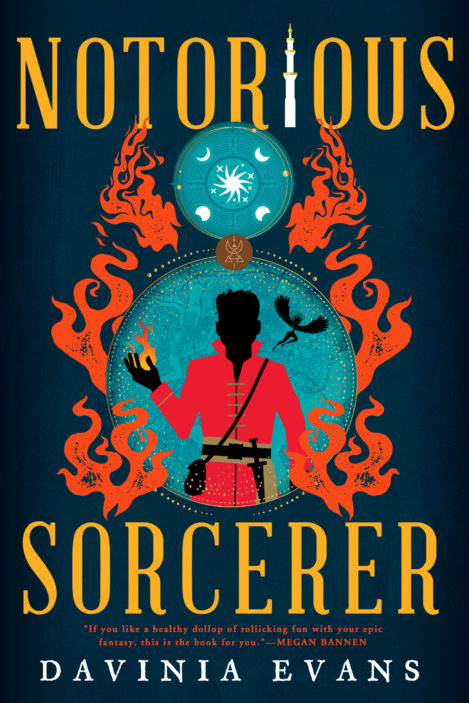 Jemimah: A fantasy adventure set in the city of Bezim, where rich, privileged magicians create dangerous alchemical magic by mixing and measuring the four planes of reality.

A Dockside worker scrapes a living by moving between the planes, harvesting ingredients to sell to the city’s alchemists. But then he becomes famous for accidentally causing impossible magic, and the planes start to lurch out of their alignment, which could see Bezim slide into the sea.

Thanks to Emily Paull, Jemimah Brewster, and Jess Gately for their contributions to this article.

You can read our picks for January to March HERE and April to June HERE.