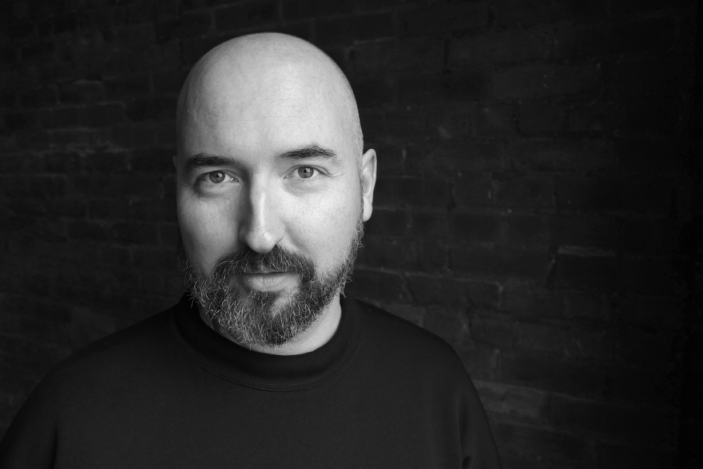 Somehow it’s April already, with Easter coming up just next week. And in our opinion nothing pairs better with a chocolate egg and a long weekend like a good book.

To help you decide what to read next, we at the AU Books Team are here to pick out some choice cuts from the many books that are set to be published over the next three months.

It’s a decidedly science fiction and fantasy heavy list this quarter, with more warriors, witches, grave ghouls and jinns than you could ever possibly need. It’s also a list primed with some quality debut authors for you to discover. Then we also have the return of some award-winning authors too.

We’ll be back in a few months to preview some of our most anticipated books coming out in July to September. Until then, happy reading! 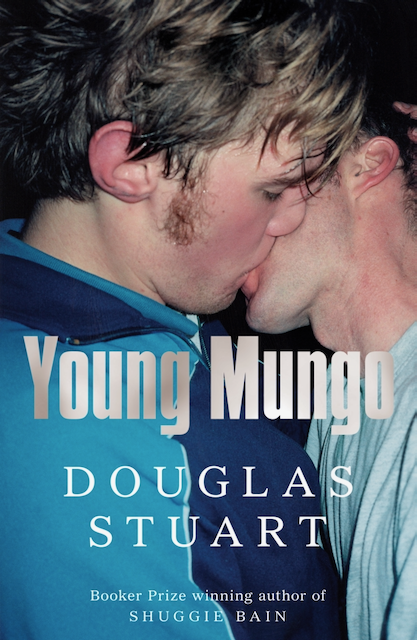 Simon: Booker Prize-winning author Douglas Stuart is all set to follow up the release of his devastating and wonderful debut Shuggie Bain this month. Young Mungo returns readers to the working class streets of Glasgow and tells the story of the dangerous first love of two men: Mungo and James. The novel’s blurb offers up an almost Romeo & Juliet style situation. Instead it’s not two warring families; but the two warring factions of the sectarian world of Glasgow’s housing estates: Protestants and Catholics.

Shuggie Bain was one of the my favourite books of the last few years – even if it was utterly devastating. So I’ve been looking forward to Young Mungo for a while now. In fact it’s probably the quickest I have pre-ordered a book in a while. Hopefully this one turns out a little more cheerful than his debut, but Stuart writes working class life with such style, grace and honesty. I can’t wait to get stuck into this one. 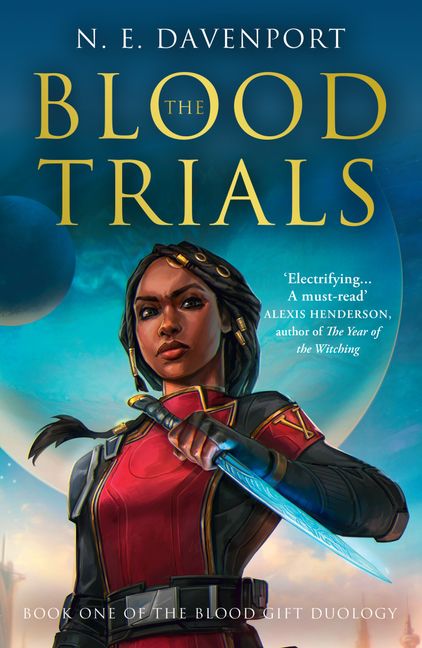 Jess: Everything about this book sounds awesome. A kick-arse young woman with forbidden magic who wants to be an elite warrior. A strict society layered with class, misogyny and racism. A murder. A mystery. I’m so down for this.

After a war between the Republic of Mareen and the armies of the Blood Emperor, blood magic no longer exists. Ikenna survives in the now peaceful republic but under strict oppression. Even so, she strives to become one of the Republic’s deadly elite military force.

But when her grandfather is murdered, Ikenna must throw herself into the trials of the gladiatorial war games to find his killer. She just needs to make sure no one finds out her secret: she possesses the blood magic of the Republic’s enemies. Jodie: The third-born daughter, Marra managed to escape the fate of her princess sisters; instead of being married off to further the throne’s political ambitions.

But when one of her sisters is paired with an abusive and dangerous prince, Marra must team up with a cast of unlikely characters and perform three impossible tasks to free her.

Filled with disgraced knights, fairy godmothers, and gravewitches, this one has “dark fairy tale” written all OVER it and I can’t wait! 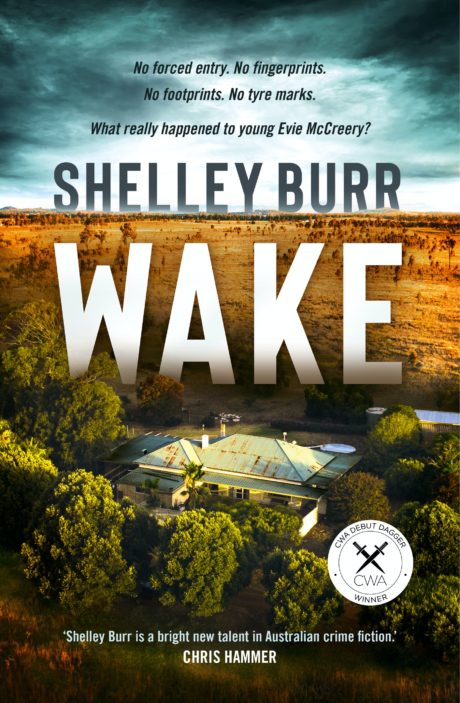 Jemimah: Wake is the debut crime novel from Canberra-based author Shelley Burr. The novel is about a child who mysteriously disappears from a small farming community.

Nineteen years later the twin sister of the girl who disappeared has had her life defined by her absent sister. Enter a private investigator who dropped out of police academy to try and crack the cold case and win the reward money that’s still on offer for anyone who can solve the disappearance.

I absolutely love rural mystery thrillers and can’t wait to get stuck into this one! 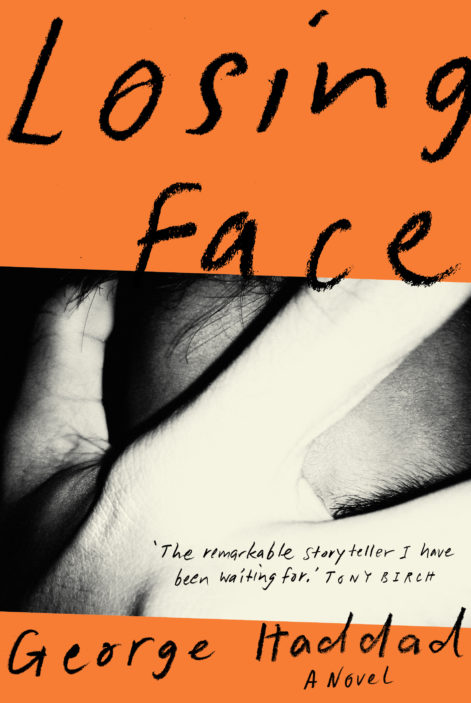 Simon: Losing Face is the debut novel from award-winning writer and artist George Haddad. The novel explores and follows three generations of a Lebanese-Australian family and the violent crime that threatens to break them apart. The novel promises to be gripping, unafraid to pull the punches, and to explore the richness and complexity of contemporary Australian life.

In my experience UQP have an eye for good writing; certainly they’ve not led me astray yet. And, Losing Face explores all the themes and ideas I enjoy in contemporary Australian fiction. So I’m keen to get my hands on it. It’s also been gaining plaudits from all the right people as far as I’m concerned, with Tony Birch for example describing Haddad as “the remarkable storyteller I have been waiting for.” 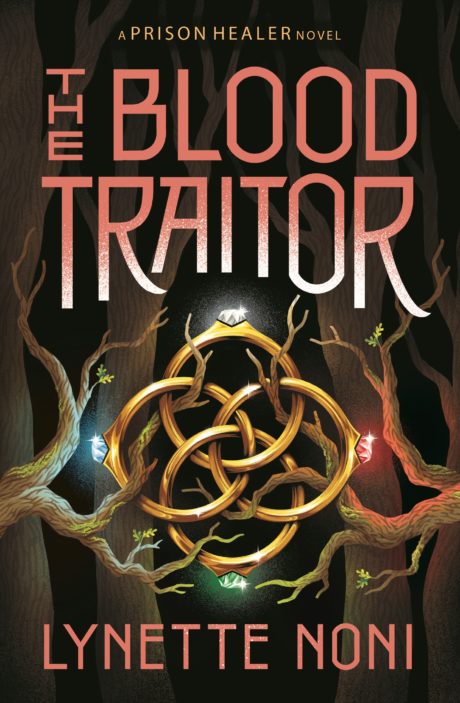 Jess: The final book in the Prison Healer trilogy! I’ve only just started reading the first book in this trilogy but I’m already hooked and there’s something so satisfying about knowing I won’t have to wait long for the ending. For those of you who have been on the journey since the beginning – I salute you!

After what happened at the palace, Kiva is desperate to know if her friends and family are safe, and whether those she wronged can ever forgive her. But with the kingdoms closer to the brink of war than they’ve ever been, and Kiva far away from the conflict, more is at stake than her own broken heart. 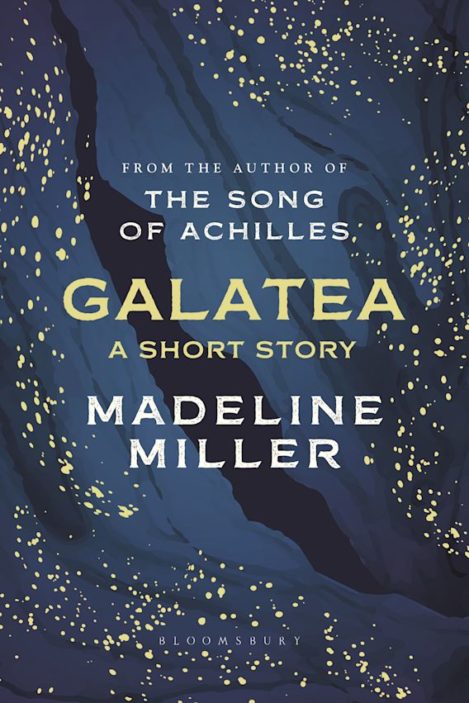 Jodie: In Ancient Greece, a talented sculptor is rewarded by a goddess – a sculpture he has made of a beautiful woman is given life and becomes his wife.

As Galatea realises the power of her beauty, her husband locks her away, leaving her under the supervision of doctors and nurses. But she is determined to escape and rescue her daughter, no matter the cost.

Madeline Miller‘s short story is to be re-released in a gorgeous hardback edition – the perfect filler as we wait for her to rip out our hearts with her Persephone retelling!

This All Come Back Now – Edited by Mykaela Saunders 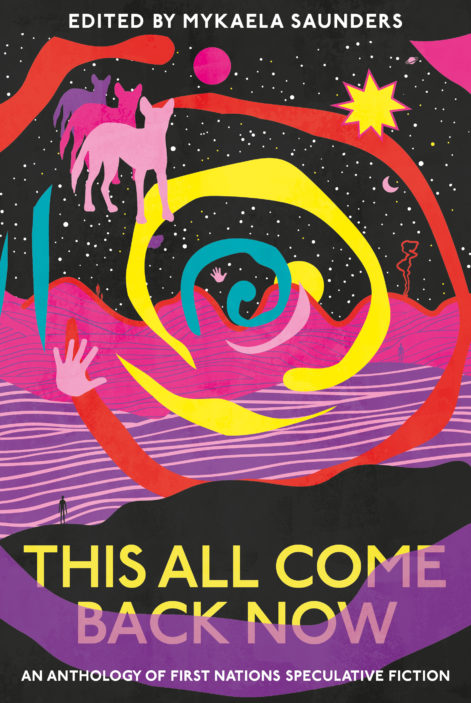 Jemimah: This All Come Back Now, edited by Mykaela Saunders, is the first ever collection of Aboriginal and Torres Strait Islander speculative fiction. It’s described by publisher UQP as being “written, curated, edited and designed by blackfellas, for blackfellas and about blackfellas.”

I’ve been absolutely loving the Unlimited Futures anthology, a similar collection from Fremantle Press, which features some of the same authors. So I’m excited to pick up this collection and continue my reading journey through this exciting and imaginative genre. 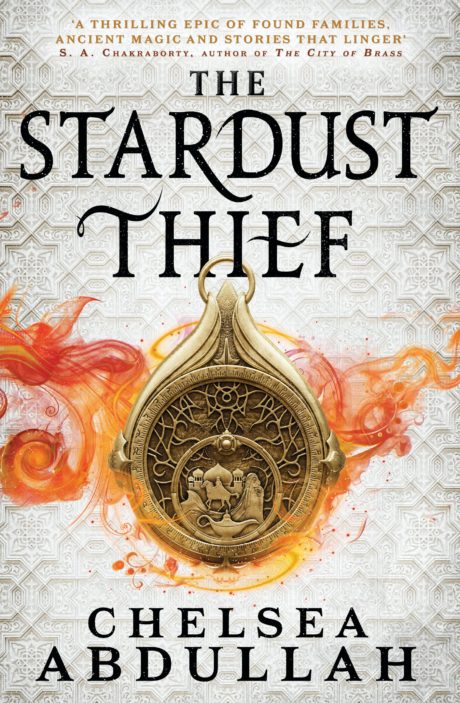 Simon: The Stardust Thief is the debut novel from American-Kuwaiti writer Chelsea Abdullah. Inspired by stories from One Thousand and One Nights, The Stardust Thief is a richly drawn, character driven fantasy that draws upon Middle Eastern Folklore. It’s the tale of a legendary smuggler, a cowardly prince, and a dangerous quest across the desert to find a legendary, magical lamp. Sound familiar?

The Stardust Thief promises to be something of a thriller. And I wouldn’t be expecting comedic genies and friendly flying carpets if I was you either. Instead, expect plenty of magic, ghouls, vengeful jinn and quests-on-pain-of-execution. This one will appeal to fans of P Djeli Clark, The City of Brass, and The Poppy War.

The City Inside – Samit Basu 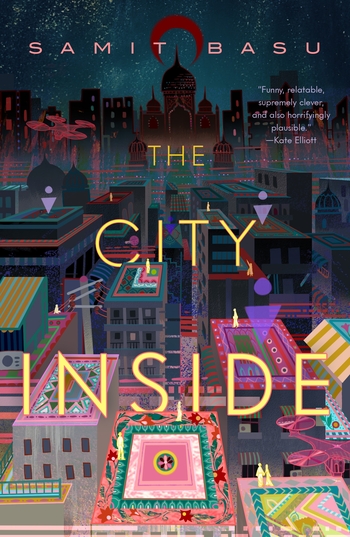 Jess: I love a good near-future speculative fiction. Samit Basu is bringing all the fears about where the world is headed and who has control of it together by the sounds of it and I’m here for it.

Joey supervises multimedia multi-reality livestreams for an online celebrity who just happens to be her college ex. Rudra is a recluse estranged from his wealthy and powerful family whose father’s death has pulled him back into his family’s orbit.

When the two become enmeshed in multiple conspiracies, complicated by dysfunctional families, corporate loyalty and the never-ending pressures of surveillance capitalism, they must each decide how to do the right thing. Resistance is going to look very different for these two very different people.

Not Good For Maidens – Tori Bovalino 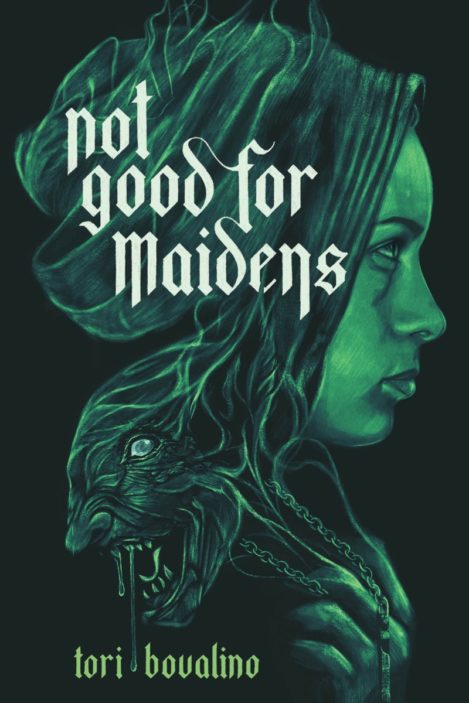 Jodie: Beneath the streets of York, the goblin market has long since called to the Wickett women. They have always resisted the call, protecting the city above from its dangers. But when May Wickett follows a goblin girl into the market, everything changes.

Years later, May’s niece Lou knows nothing of her magical heritage. That is, until her aunt Neela is taken, and she and May must reckon with the mistakes of their family’s past and venture into the market once more.

An exciting new take on Christina Rosetti‘s Goblin Market, Not Good For Maidens has me VERY excited. There’s not much info on an Australian release but if, like me, you can’t wait to get your hands on a copy of this horror-fantasy, a US hardback drops in June!

Path of Thorns – A. G Slatter Jemimah: Path of Thorns, is dark Gothic fairytale that is set in the same world as A.G Slatter‘s All the Murmuring Bones, which was released last year (and reviewed by us HERE).

Path of Thorns follows the story of Asher Todd and the mysterious Morwood family. Asher has come to Morwood to act as governess to the family’s children. She knows little about being a governess, however, and armed with dark and terrible secrets, her mind is more occupied with monstrous revenge. But, as she becomes fond of her charges, will she baulk on carrying out her plans?

With the promise of more the same, I am so excited to be returning to this land of mischievous spirits, crumbling dynastic families and strange mysteries in June.

Thanks to Jemimah Brewster, Jess Gately and Jodie Sloan for their contributions to this article.

You can read our picks for January to March HERE