Book Review: Parker Posey’s You’re On An Airplane is a (mostly) enchanting memoir, written from the fringes of Hollywood greatness 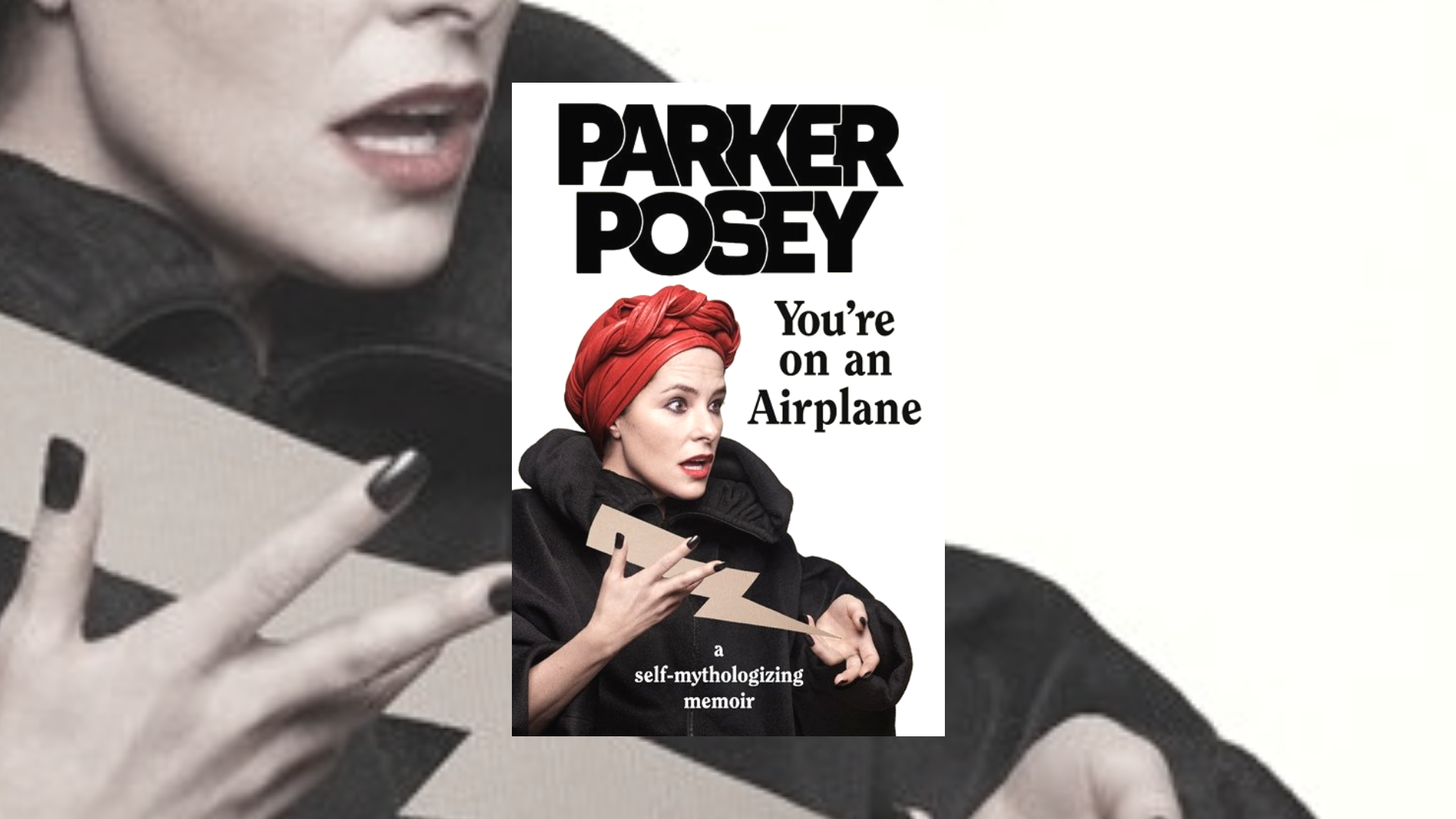 Imagine actress Parker Posey is occupying the seat beside you on a plane, her beloved pooch Gracie on her lap. Imagine she’s feeling rather conversational. Parker Posey, that is, not Gracie. That’s the basic premise of You’re On An Airplane, the first memoir from the versatile performer and star of Dazed and Confused, the recent Netflix reboot of Lost In Space and (truth be told, what this reader knows her best for) Josie and the Pussycats.

Described as “a self-mythologizing memoir”, You’re On An Airplane is a captivating mix of colourful memories, handmade collages, how-tos, and a surprising amount of pottery lessons (that is to say, one). It succeeds in both giving an remarkable insight into the everyday life of the arthouse actress, and exploring the creative process of bringing a character to the big screen. Occasionally popping up in big budget productions, Posey is candid about her need to keep working to pay the bills, her struggles against a Hollywood system that isn’t so comfortable with her indie credentials, and her remarkable ability to self-sabotage chances at Oscar winning roles.

Charming and occasionally a little absurd, Posey’s character carries the book, which is rather pretentiously described as a “meditation […] on what it means to be an artist”, allowing it to beam brightly as a salutation to her quirky yet relatable personality. There’s no hard-done-bys here, no painful upbringing, and no entitlement, and, as a result, You’re On An Airplane is sweet, readable, and occasionally very funny.

But for all the whimsy and personality Posey injects into her writing, one does wonder about the wisdom of having large (and largely positive) chapters devoted to her work with Louis C.K. and Woody Allen – two men indelibly linked to the Hollywood branch of the #MeToo movement. Posey mentions the scandals only in passing – she, after all, worked with them without incident – and far be it for anyone to instruct someone on how to tell their own story, but the last thing many women need right now is writing celebrating men with both the alleged and admitted track records of these two. Christopher Guest is the only other writer/director who features quite as heavily in what is, for the most part, a wonderfully whimsical account of her own life. Begging the question of why Posey included them at all, if not to allow her to serve as a character witness.

That being said, their inclusion does go some way to highlight a few of Posey’s broader points, for example, the reductive idea of men as perfectionist artists (Woody Allen and innumerable takes) versus women as merely difficult (on the same set Posey is unwilling to ask if she can wear a brace to support her very broken wrist, for fear of inconveniencing anyone) is explored here. But, for You’re On An Airplane to highlight these two men in particular, honestly feels very poorly timed, and flies a little too hard in the face of what’s important to so many people right now.

For this reader, those chapters really affected how I took You’re On An Airplane as a whole, shifting Posey from someone who would be a delight to sit beside and listen to for a few hours (and maybe give her dog Gracie a few scratches behind the ears for good measure), into a person who I’d probably end up rolling my eyes at and asking to stop and change the subject, all for the benefit of maintaining a civil conversation. It’s a shame because, other than that, this is quite a lovely memoir.

Posey’s personality shines through and, for the most part, it’s witty, engaging, and everything you’d expect the indie darling to be. Come for the character, stay for the delicious recipes, but maybe leave early. Y’know before she trots out her creepy friends.

You’re On An Airplane by Parker Posey is available now through Hachette Australia.