Book Review: Explore the secret life of an author in Inez Baranay’s Turn Left At Venus 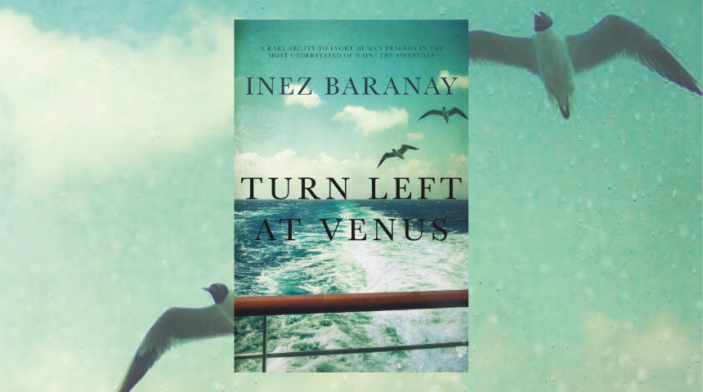 Ada is dying. Watched over by her new nurse, Jay, Ada is preparing for the end. Ada has lived all over the world. Sydney, Bali, San Francisco. And the Old World she doesn’t remember, save for the boat journey as a child when she first met Leyla. But, Jay has no interest in Leyla, because Jay knows something important about Ada.

Jay knows Ada is A.L. Ligeti, author of ‘Turn Left At Venus’. A groundbreaking work of science fiction, exploring a utopia where gender and the patriarchy never existed, the novel and its sequels have been dissected by readers for decades. Readers like Jay, who finally found themselves represented amongst its pages.

Eschewing interviews, even as the book spawned movie and television adaptations, Ada kept her identity as secret as possible. Her agent knew, of course. And Leyla, though Leyla never read the books at all. But here, in the presence of an apparent superfan, Ada looks back over her long life and the relationship she has cultivated with her work.

Sharing its name with the fictional novel at its heart, Inez Baranay‘s latest is a poignant exploration of the solitary life of the artist. Combining Ada’s memories with extracts from ‘Turn Left At Venus’, and threads from internet forums devoted to the novel, Baranay’s novel is fragmentary and disjointed – though mostly in good way.

There’s no one core question at the centre of Turn Left At Venus. Friendship, love, prejudice, ageing, escapism, death, they all get a look in. One aspect that really shone was the relationship between art and artist. The pains Ada went to to try and conceal her identity. Skipping from country to country, perfecting the art of being invisible, making few relationships. And then there’s the conversations between readers online, who seemed to have all read entirely different books. How they’re unable to reach the author, to find out what they really meant. How so many of them found such different comforts within Turn Left At Venus’ pages.

In separating herself from A.L. Ligeti, Ada gives ownership over to her readers. And in making herself so inaccessible, the mysteries surrounding the book endure. It’s an interesting concept in a world where the line between author and reader is now often so easily breached. Once published, to whom does the book belong? Should authors be responding to criticism and exultation? And does an author’s identity even matter?

Turn Left At Venus is a book that would benefit from re-reading. Exquisitely written, it’s also a little confusing. It was only about halfway through that I felt I had any real grasp over what was happening, and the temptation to go back to the start and begin again – knowing what I now knew – was strong.

A synopsis does little to explain what really happens in this short work. And like A.L. Ligeti’s own novel, Turn Left At Venus requires as much from the reader as the author. Experimental, exploratory, and emotive, it won’t appeal to all. But if you’ve got the energy to unpack it, Turn Left At Venus has the potential to be endlessly rewarding.

THREE AND HALF STARS (OUT OF FIVE)