Book Review: Bridie Jabour’s The Way Things Should Be is not the romantic comedy you were expecting 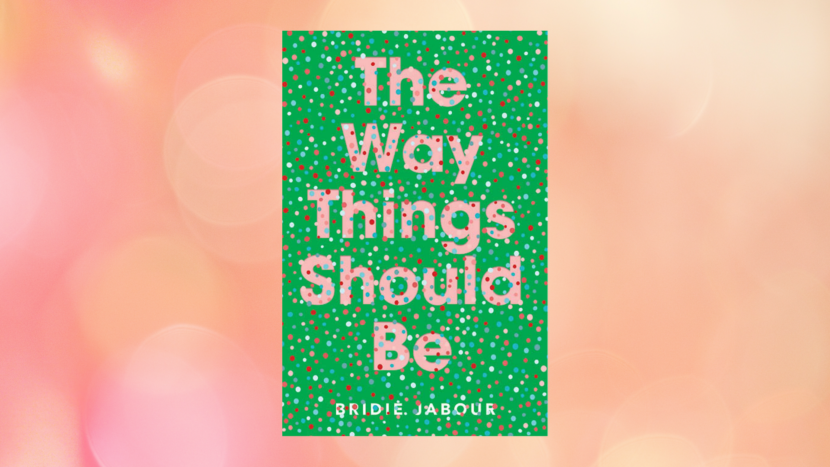 When Claudia Carter returns home to the small town of Winston for her wedding, she is expecting chaos. She is expecting that her estranged parents won’t get along, that her sister Poppy will be a brat, and that her Aunt Mary will be a pain in the arse. But she’s put all of that aside in the hopes that she can spend the week leading up to her wedding spending quality time with them. This is the set up of The Way Things Should Be, the debut novel from journalist Bridie Jabour.

The premise is one which evokes the Walsh Family novels of Marian Keyes, except that instead of each sibling getting their own novel, all four Carter siblings, plus their parents and Claudia’s best friend Nora all take turns sharing the point of view of the story. Each of them has something going on; for youngest sister Poppy, it’s a search for work as a journalist and the burgeoning relationship between her and ex-boyfriend’s little sister, Leah; for mother, Rachel, it’s grappling with her complex feelings about her four bickering children and the change that the wedding will bring; for Claudia herself, it’s whether or not she loves Dylan enough to marry him. For some of the other characters, such as oldest sister Zoe or brother, Phinn, it was less clear what their dilemmas were, yet their points of view added variety and layers to the portrayal of the family dynamic and helped paint the two sides to each and every argument. And there were a lot of arguments!

For a cast of characters this big, the book is surprisingly short. It throws a lot of story questions into the mix, all coming to a head in the penultimate chapter of the book as the characters come together for a dinner the night before the wedding. But as a reader, I was struck in this scene by a sense that there weren’t enough pages left for all of my questions to be answered, and the ending left me feeling ultimately unsatisfied. The book simply ends. It’s not clear if any of the characters have had any sort of resolution for their issues, nor is it clear if they’ve learned anything or changed. Realistic, perhaps, but frustrating to have spent nearly three hundred pages caring about the characters only to leave them abruptly.

The ending, too, is controversial in that it completely threw out my understanding of what sort of book this was. Perhaps, it was my own bias showing, but the comedic element of the novel led me to believe that despite the bumps along the way, it would be safe to assume that everyone got what they wanted in the end. The trouble being, it was not always clear what the characters wanted, and while some of them eventually worked this out by the end, it wasn’t true across the board. A shame, because I had grown to love the four siblings and their interactions with each other. I think Jabour captured the dynamic of siblings who are entering the world of adulthood perfectly, and could have really pulled off a new favourite if she’d just given herself a bit more time and space to end the book.

The setting too was not quite there—at times it was close, with descriptions of the pub and the quality of the food in the small town restaurants, the descriptions of the town meets country divide in terms of what driveways people had, I could almost begin to picture the small Australian town of Winston. But many of the scenes seemed to happen entirely without backdrops. Instead, there were many descriptions of peoples’ outfits and hairstyles—useful, at first, for setting up the differences between them and as a way in to characters, but after a while, just superfluous. I would have loved to have felt the Australian spin on this book, but instead, I felt as if the story really could have taken place anywhere.

None of this is to say that I disliked the book, but rather that I feel I could have liked it more. It was clever, it was insightful about relationships in families, and it was of the current moment, integrating the use of social media in a way that didn’t feel intrusive or like a cop out. Anyone who is in a family group chat will recognise the strange rhythms of the messages received in these forums and laugh. But it wasn’t quite there, and the ending made me feel so let down that it almost made me cross.

So temper your expectations and go into this book without bringing any thoughts about genre to your reading.

The Way Things Should Be is available now through Echo Publishing