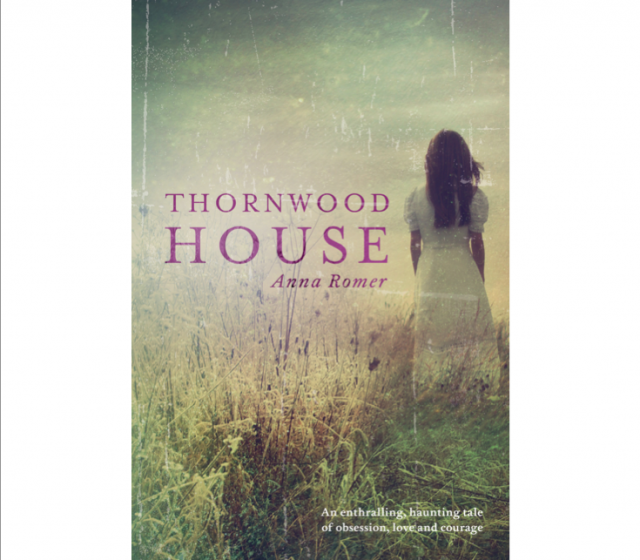 Romer’s debut novel is a murder mystery spanning four generations, set against the unique landscape of the Australian outback. It’s an ambitious project, and while it’s not without it’s weaknesses, the end result is an engaging story that would appeal to fans of suspense and stories about family secrets.

Thornwood House is primarily set in 2006, with the focus on single mother Audrey, and her daughter, Bronwyn. When Audrey inherits the old property where Bronwyn’s father grew up, the pair eagerly move into the new place. Only then do they learn its history: two of the previous inhabitants — Aylish and her granddaughter Glenda — were both brutally murdered in a nearby gully, in 1946 and 1986 respectively. Though the town has reached its own conclusions about the deaths, Audrey soon becomes obsessed with uncovering the truth, and in doing so, gives the killer motive to strike again.

The plot itself is relatively straightforward, but it’s strengthened by the obvious depth of Romer’s research. Her knowledge of the plants and wildlife in rural Australia is impressive, which creates the vivid scenery of her novel, at the same time as showcasing her passion for nature. The book’s structure also reveals the extent of her hunt for details, alternating between simple prose, letters, and diary entries to give life to the three protagonists: Audrey, Aylish, and Glenda. The two latter forms may not be the most original choices, but they are contextually relevant, and allow for a personal voice that would otherwise be missing.

In fact, the wealth of female characters within this novel are an unexpected bonus. While there are still male characters playing important roles in the novel, the narrative places clear emphasis upon the actions, thoughts, and will of women. Unlike many stories, they are not pitted against each other in a petty “good girl vs bad girl” trope, even when they don’t agree. This has much to do with the emotional weighting of the novel: despite being marketed as a romance, friendship and family easily supersede the presence of the romantic interests. Don’t get me wrong, there’s several cases of forbidden love (and even some permitted love too) within the novel, but it feels more like a subplot than a major theme, and the value shift is refreshing.

Another positive aspect of this novel is Romer’s conscious attempt to recognise the diversity of human experience. Her inclusions of disabled, LGBT*, and Aboriginal characters are a welcome part of the novel, and show an awareness lacked by many first-time novelists. Even though I would have liked each of these areas to be explored more, as they are all vital to the plot, she has done well to include them; as I hope she will do in any future projects.

The novel itself is not without its faults. My first criticism of the book is of the motive and methods of the antagonist, which are justified as a vague, fundamental flaw in their character. This weakens the climax of the novel: the revelation feels lacklustre, and the events following lack the emotional power they could have had. My second criticism is the overall use of language. Romer’s prose can be clumsy and confusing at times, distracting from the events in the scene. This is particularly evident in Aylish’s letters or Glenda’s diary, when contemporary words or phrases are used, disrupting from the context of the document.

Thornwood House is an enjoyable read, better suited to fans of Kate Morton than Kate Grenville. Unlike most mystery writers, Romer resists the temptation to race ahead, allowing the reader to appreciate the hours of research and writing that she’s put into it. I recommend it to any who want to read a novel exploring family history, suspicious circumstances, and the beautiful Australian outback.