Reign of Mist, the second in Sydney based author Helen Scheuerer’s Oremere Chronicles, is set for release next month. Ahead of Bleak and Henri’s return, Helen chatted to Jodie about her self-publishing journey and what readers can expect from the next installment of the YA fantasy series.

What can you tell us about Reign of Mist?

Well, it starts pretty much right where we left off in Heart of Mist. Our heroes are scattered across the realm and are forced to decide where their allegiances lie. We’re introduced to an array of new characters and places, with loads of action from the get-go. That’s all I can say without spoiling things!

Heart of Mist received some wonderful reviews and was an Amazon bestseller – what was it like when you received the news? And are you feeling the pressure going into book two?

I was trying to keep my expectations realistic, so I put my head down and worked, and tried not to daydream about how it would go. When it hit #1, I couldn’t quite believe it. So now that Reign of Mist is around the corner, I am 100% feeling the pressure, haha. I want it to do as well as the first book, but also I’m so nervous about not letting my readers down. It’s a very different feeling going into the second launch!

You’re self-publishing the Oremere Chronicles as you go – how was the process the second time around? Anything you wish you’d known on the first go?

Hmmm… That’s a really good question. In terms of writing, I actually found Book Two more challenging – with Book One already in print, I had to remain consistent and loyal to the world I’d created. There was no changing things, no going back. A few times I felt as though I’d backed myself into a corner.

However, as far as production went – I felt fairly confident I knew what I was doing. I had done my research the first time around and knew what worked and didn’t work. I worked with the same editorial team and designer, so these aspects went relatively smoothly.

As far as things I wish I had have known… I would have perhaps done some more extensive planning in terms of the events for the overall series. And in future I feel like it would be better to write all the books in one go and publish afterwards. It’s been challenging working on three different books all in various stages of production and promotion! And financially, a quick-fire release schedule would make more sense. 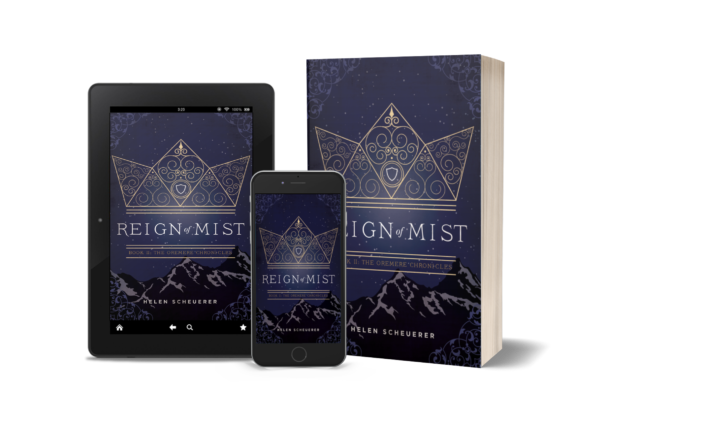 How important was establishing fantasy imprint Talem Press to the Oremere journey? Did it give you the freedom you hoped for the series?

Establishing Talem was important for the branding of the series. The books don’t look indie published, and that in part is due to the little details, like having the imprint logo on the spine, having a publisher website and having Talem listed as the publisher on the product pages of Amazon. Because Talem Press is my small press, it definitely gave me the freedom I wanted and needed to produce the Oremere books. I have a say in everything from start to finish and have control my own publication schedule.

Talem Press is now accepting submissions for the first time. Are you excited to see who’ll be joining you and your books?

We certainly are. We’ve got our eye on a few authors we know through Writer’s Edit (our parent website and small press) and are combing through submissions daily. We’re on the hunt for riveting fantasy stories, with a focus on female agency. I’m incredibly excited for what lies ahead with Talem, and to see what titles end up alongside the Oremere books on my shelf!

You’re very active on Twitter and in your newsletters, interacting with fans, and sharing writing advice. Do you find that’s an important part of your work? Has it played a role in the success of Heart of Mist?

That’s a great question. I definitely think that there’s much more to being an author than simply writing. Interacting with readers, talking about your work, sharing behind-the-scenes snippets are all important aspects of the job. It’s how you get to know your readers and what they want. And definitely, I think being accessible to my readers in this way has contributed majorly to the success of Heart of Mist.

The writing advice is a tricky one – I do this more so because of my work with Writer’s Edit, or if a reader asks a specific question requesting advice. But I think it’s important for new authors to remember that not all readers are writers, so advice isn’t always applicable to your followers. I’m also very much of the belief that there’s no one right way to write, and so tips that work for one person may not work for another.

And speaking of fan interaction, the fans recently chose Commander Swinton as the focus of your next prequel. Were you surprised by their choice? Do you have any particular characters from the series that you love to write as or about?

It was such a rewarding experience asking for people to nominate a character for the prequel, I had quite a few surprising suggestions. As for Swinton… I can see why people would want to know more about him – he’s got a lot of secrets, and his bromance with bestie, Fiore, is a popular aspect of the series 😉

As for who I like writing… It’s like being asked to pick your favourite child… It depends what mood you catch me in. But I do love writing the dialogue between Swinton and Fi, so maybe I’ll go with them for the moment.

You balance several narrative perspectives over the course of the series. What’s it like navigating these different voices? Do you find yourself accidentally neglecting or favouring characters? And how do you choose who will reveal which plot point?

It’s incredibly tricky at times, I’ll tell you that much! Originally, I stuck to a patterned order of switching points of view. But now that I’m well into writing the third book, I’ve got better at planning the transitions between characters, so I like to think I don’t neglect anyone. Bleak definitely gets more screen time than the others, because she’s our main protagonist, but I wouldn’t say I favour her as such.

As for how I choose to reveal plot points… If an event affects a character more than others, and the reader needs to feel the impact from their point of view, that’s how I choose. Then it’s a matter of ordering the chapters accordingly. 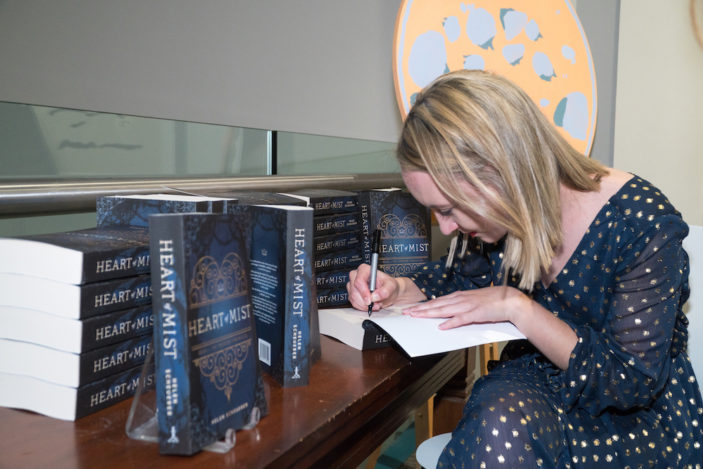 No doubt you’re working hard at the moment, between preparing for the launch of Reign of Mist and getting stuck into Book III. Do you stick to a routine to stay productive? Any tips and tricks to keep yourself motivated?

At the start of 2018 I became a full-time author, so for me it’s immensely important to stick to a routine. I treat being an author like a regular day job (though I work harder than I ever have for any other employer). I get up and start work at the same time every day and approach my tasks with weekly and daily to-do lists.

As for staying motivated, it’s a struggle when you’re the sole person responsible for the work at hand. What I’ve learnt over the last eight months or so is to listen to your body and mind when you’re starting to get burnt out. I feel guilty whenever I’m not at the computer, but a day of rest can do wonders for re-motivating yourself and relighting that creative fire.

We spoke a lot last time about the importance of representing women in the fantasy genre – something which Reign of Mist, like Heart of Mist before it, does wonderfully. Can you recommend any other female led fantasy or female authors you think are nailing it?

We sure did, and I’m so happy you think that because it’s something I’m incredibly passionate about. Oh, there are loads of incredible female authors out there who write fabulous female characters – V.E. Schwab is just my ultimate. Sabaa Tahir is also amazing. I recently really enjoyed Alexandra Christo’s To Kill A Kingdom and fellow indie author, S.B. Nova’s A Kingdom of Exiles.

And, finally, I hear there’s plans for a Reign of Mist book launch?

There certainly is. The lovely folk at Better Read Than Dead in Newtown are hosting again. I’m equal parts terrified and excited! There’ll be books, booze and cupcakes so if you’re in Sydney on September 15th, I’d love to celebrate with everyone! Event details can be found here.

Reign of Mist is scheduled for release on September 13th but you can catch up on the series so far with Heart of Mist (available on Amazon) and six – count ’em! SIX! – free prequels available on Helen’s website!