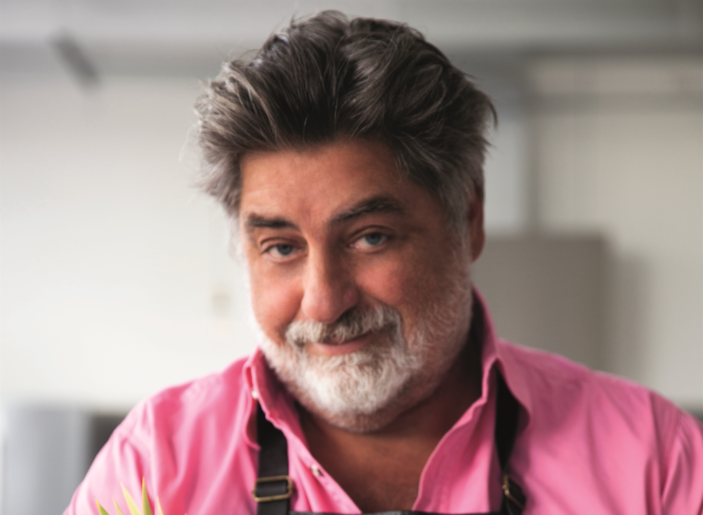 Australia’s king of cravats and statement suits, Matt Preston, doesn’t just spend his time as a charismatic television personality and food journalist, he has also written a string of bestselling cookbooks – and we spoke to him about the release of his latest: Matt Preston’s World of Flavour.

Have you ever felt bitter that New Zealand not only has Russell Crowe, but also our heralded pavlova? Do you patriotically believe that smashed avocado on toast is an Australian creation? Well, you’re in for some revelations…

Armed with the tools of the internet age, and an endless supply of research hours (courtesy of lockdown), Preston has busted food myths and dug up long-lost origin stories for the dishes we think we know so well.

His quest was spurred on by the fact that before information was digitised, people could claim they knew where a dish came from without having anything to back it up – so he decided to find out how much of it was actually true. Like Preston says in the introduction of the book, it’s meant to be a snapshot of the truth, where he can give credit where credit’s due – as he does with the lemon meringue pie:

“It was always credited to a woman named Elizabeth Goodfellow, who had a pastry shop in Philadelphia, but actually, she never wrote the recipe, she never sold lemon meringue pie in her shop, there’s absolutely zero proof.”

Preston began to uncover the secrets of our most famous recipes with his column for Taste Magazine, where he was reimagining old dishes for a modern audience. However, his passion for food history didn’t begin with the column. Preston has been building a collection of historic cookbooks for many years, and he even managed to find his family’s old recipe book, which dates back to 1755.

“It’s amazing, you open up the pages and see how they used to make macaroni and cheese back 250 years ago, and what’s amazing is that it’s really similar to how we make it today. So, I get a huge buzz out of that personal connection.”

With World of Flavour, Preston infuses his recipes with life and meaning by delving into each dish’s food history. Just like a beloved cooking show, we aren’t simply given a selection of dry recipes, instead we have a well-known chef take us on a journey through the stories that crafted each dish.

Preston believes that knowing the history of the food influences your experience of eating it, and he’s fascinated by the neuroscience behind the concept. According to him, the heavier a wine bottle is, the better people think the wine is, and they also enjoy eating peanut butter out of a glass jar much more than a plastic one.

“There’s definitely all those things going on in our brain about history and provenance and how we’re connected to that dish, which definitely makes us more mindful about what we’re eating. But, at the end of the day, there’s no point having that story if the recipe that follows is rubbish!”

Preston’s ultimate aim with this book is for people to find at least a couple of recipes that they can use again and again, it’s not there ‘to look pretty on a coffee table or sit on a shelf unopened, it’s there to get dirty’. They aren’t obscure, difficult-to-execute recipes, Preston has carefully chosen dishes that will mean something to people, yet are still achievable for home cooks.

“[The question was] Is it a recipe that you want to make at home? Pad Thai for example, it’s a bit of a pain to make, I think you’re probably better off just buying it from your local Thai takeaway. So, instead of Pad Thai, I put in Pat Grapao, which is a delicious fried mince with soy sauce, aromatics, and pickled chilli – it’s really easy to make.”

The thing Preston loves the most is seeing the fruitful results of his cookbooks in the posts readers make on social media. He wants to know that people are making the dishes for their families, and that the food is being enjoyed and becoming a staple in their kitchen.

“No matter which one you want to make, you’re going to get a little nugget of information, so that when you’re sitting there talking about your cheesecake you can say ‘well of course, do you realise that in the first Olympic Games the athletes all ate cheesecake?’”

So, will Matt Preston’s search for flavour, and his ambition to discover the ‘whys’ and ‘whens’ of great dishes manage to create a unique culinary experience for you? You’ll just have to grab a copy of the book to find out!

You can find extracts of recipes from the book for Jerked Chicken HERE, and the World’s Best Biscuit HERE.