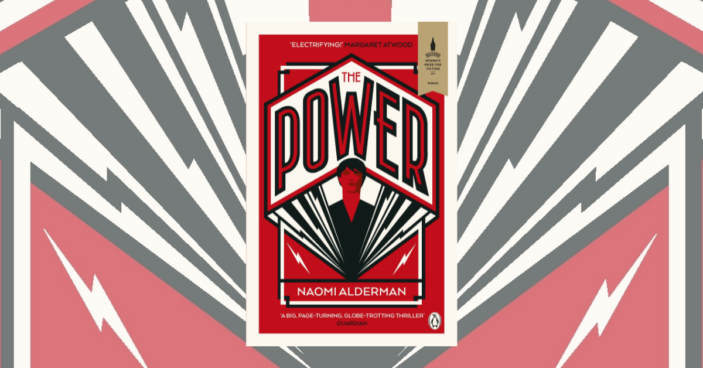 Today, Holy Holy released their fourth studio album, Hello My Beautiful World. Our reviewer Dylan Marshall, has declared it as “their best album yet”, and it is our Album of the Week. Guitarist and vocalist Tim Carroll is also a voracious reader, and to celebrate this latest release, Tim has written for the AU, a review of The Power, by English novelist, Naomi Alderman. Read on.

A few months back, I had the rare pleasure of getting lost in a book. I was on a camping holiday on the east coast of Tasmania, near the Bay of Fires, and for the first time in a long time, I was able to sit under a beach umbrella and read for hours, listening to the waves and the seagulls. It’s been so long since I read a book that was hard to put down. One that makes you a bit anti-social, where you find yourself choosing the book over the company of others.

The book was The Power by Naomi Alderman. A feminist, sci-fi, thriller that had me lost in its universe.

The Power is complex and multilayered with a series of parallel storylines running concurrently – the author handles this masterfully, and it’s never clunky or annoying. In the story, women across the globe start to develop the ability to emit electricity through their fingertips. Videos of girls shocking boys start to flood the internet and the media tries to cover the unfolding story.

Ultimately this device serves to flip the power dynamic between men and women and allows the author to explore what that could be like. It might sound ham-fisted and obvious, but the device works well and is written with subtlety and insight and of course, it serves to shine a light on the power dynamics that we are brought up to accept as normal in our everyday lives.

More than once, by flipping the genders on a scenario in the storyline, I was left aghast at what we have come to accept when it comes to gender and power in society. It makes sense then, that the book’s cover is adorned with a Margaret Atwood quote, the writer of The Handmaid’s Tale, couldn’t resist the pun in calling the novel “Electrifying”.

The book explores issues of employment, sexual violence, religion and the media. A novel idea executed with finesse and brutal beauty. A wild thriller of a read.

The Power by Naomi Alderman is available now from Penguin. Grab yourself a copy from Booktopia HERE.