Five Books You Need To Read This Month: September

Somehow it’s September already, and the quick descent into the holiday season has begun. September also sees the announcement of the 2018 Man Booker Prize, which is pretty exciting for us literary types. Indeed, this month two of our five titles were included on the longlist back announced back in July, so we’ll be eagerly waiting to see if either make the cut later in the month. Also included this month is the new novel from a previous Man Booker Shortlistee, as well as new collection of poetry from one of my favourites.

As always, each of these titles can be found in all the usual places – online and on the high street. Though, please do try and support your local independent bookstores where you can, they are an invaluable resource, and a great place to discover new works and new writers, some of whom might even be from your own local communities (or working behind the counter). 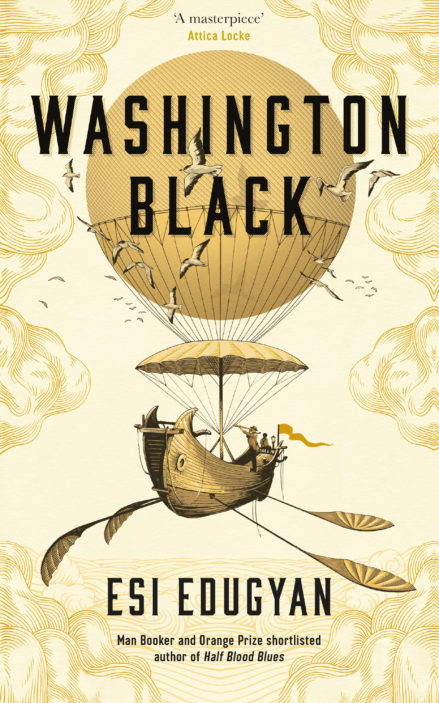 I’ve been looking forward to reading Washington Black since its appearance on the Man Booker Longlist back in July. Washington Black is the tale of an eleven year old field slave (Wash) on a cane plantation in Barbados, who finds himself made personal servant to one of the plantation’s eccentric owners. The owner, Christopher ‘Titch’ Wilde, turns out to be not only a plantation owner, but also – in that way only British aristocrats of a certain period seem to manage – a naturalist, explorer, inventor and, perhaps most surprisingly, an abolitionist. He’s also hell bent on creating the perfect aerial machine. Naturally, this doesn’t quite go to plan. Soon, Titch and Wash find themselves fleeing the island together, before Titch disappears, leaving Washington to fend for himself on his journey to freedom.

Washington Black is not Esi Edugyan’s first foray into the prize lists. The forty-year-old Canadian author was previously shortlisted for the Man Booker in 2011, with Half-Blood Blues. With this years shortlist due to be announced later in the month, perhaps Edugyan will repeat that feat. Either way, Washington Black seems set to be a gripping read, thanks to its strong blend of historical fiction, steampunk vibes and engaging characters. If you enjoyed Colson Whitehead’s The Underground Railroad, or Marlon James’ The Book of Night Women then Washington Black will likely appeal also. Certainly, it will appeal those readers who like their fiction dashed with fact and historical detail, though I’d argue there is plenty here that will entertain and engage a broader audience.

Running Upon The Wires – Kate Tempest 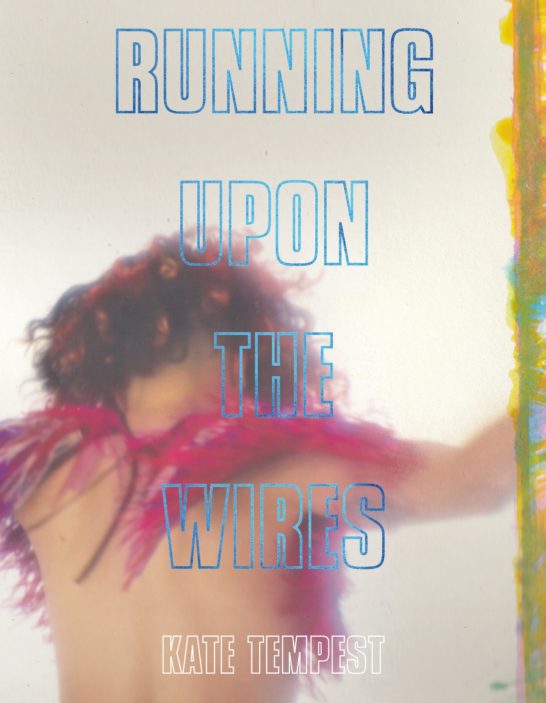 Running Upon The Wires is Kate Tempest’s first book of free-standing poetry since 2014’s Hold Your Own. In that time, however, Tempest has released a novel (The Bricks That Built The Houses), an album (Let Them Eat Chaos) and been nominated for both the Mercury Prize and a Brit Award. Tempest is the very much a triple threat! Capable of creating award-winning and critically acclaimed work across multiple mediums. However, Running Upon The Wires is, in a sense, a departure from her previous work. It is more intimate and personal, charting a journey from heartbreak to joy, from the end of a relationship to the beginning of another.

Running Upon The Wires promises to be an eclectic mix of formal poems, spoken songs, and ballads, as well as some fragments and vignettes. Tempest’s work so often revels in talking about big social and political issues with a vernacular ease, with Tempest interweaving classical references amongst the contemporary to great effect. Whilst Tempest might be turning her attention towards more intimate and personal matters, I doubt that her skill, directness and ear for a great line will be diminished. Tempest is one of my favourite writers at work today, so I certainly can’t wait to get my hands on this new collection.

Running Upon The Wires is available September 11th through Picador 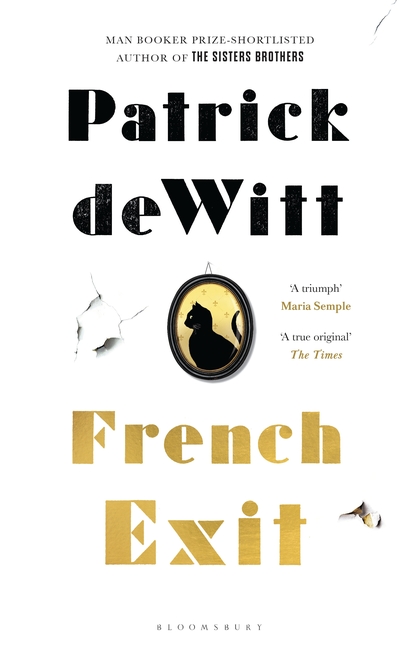 French Exit is the new novel from the Man Booker shortlisted author of The Sisters Brothers (an adaptation of which will be hitting cinemas soon). French Exit follows the story of Manhattan socialite Frances Price – who is infamous within the social circle for discovering the body of her husband in the bedroom and then popping off for a weekend of skiing. Alongside her is her adult son, and her cat – who she believes houses the spirit of her deceased husband. Besieged by scandal the trio decamp to Paris, where they run into plenty of other oddball characters.

DeWitt seems at ease slipping in and out of different genres, with The Sisters Brothers it was the western, Undermajordomo Minor, the fairy tale. French Exit is written in the style of a comedy of manners – think Oscar Wilde or Evelyn Waugh – a satirical look at high society life. Whilst the genre might change, DeWitt’s trademark wit and ability to create memorable, distinctive and madcap characters is consistent. Though this novel sees DeWitt writing from a female point of view for the first time. DeWitt also has an ear for great dialogue, with the high society setting allowing for plenty of zingers and witty retorts. I’ve not had chance to get too deep into it yet, but French Exit looks to be as charming and surreal as DeWitt’s best work. I can’t wait to drop back into the bizarre world of the Price family. 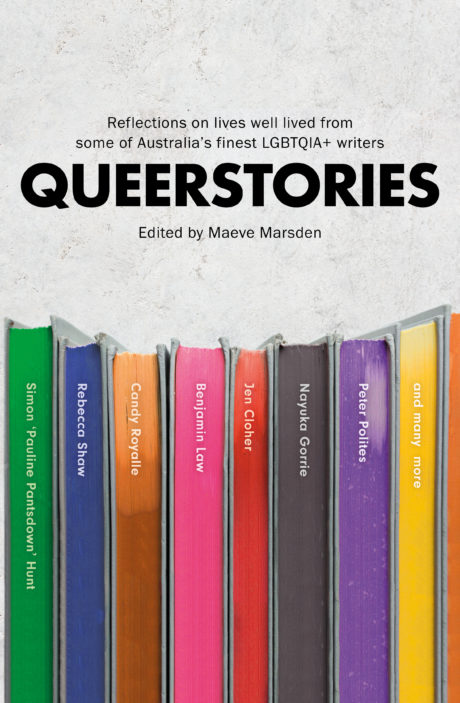 2018 has been a big year for the LGBTQI+ community in Australia, with marriage equality finally being enacted into law. Whilst the success of shows like Queer Eye see a further push towards greater acceptance. Enter into the picture Queerstories – a collection of stories and anecdotes from some of Australia’s favourite queer icons. Edited by writer, producer and theatre maker Maeve Marsden, the collection grew out of the popular and award winning storytelling event – an event which allowed LGBTQI+ people tell the stories they wanted to tell, on their own terms.

The collection draws together a diverse range of voices in an attempt to capture the breadth of the LGBTQI+ experience, with stories that deal with cross-cultural identities and intersectionality. Though it’s also not simply a collection of coming out stories. Instead, these stories see the collected writers counteracting dominant media and political narratives, providing a look at LGBTQI+ life in Australia that has greater nuance and depth. Included within the collection are the likes of Benjamin Law, Peter Polites (whose novel Down the Hume we’ve featured previously), Jen Cloher and Simon ‘Pauline Pantsdown’ Hunt. Plus, not to mention about twenty other members of the community, who each have their own story to tell. Queerstories deals with issues of community and identity, and does so with great humour and style. 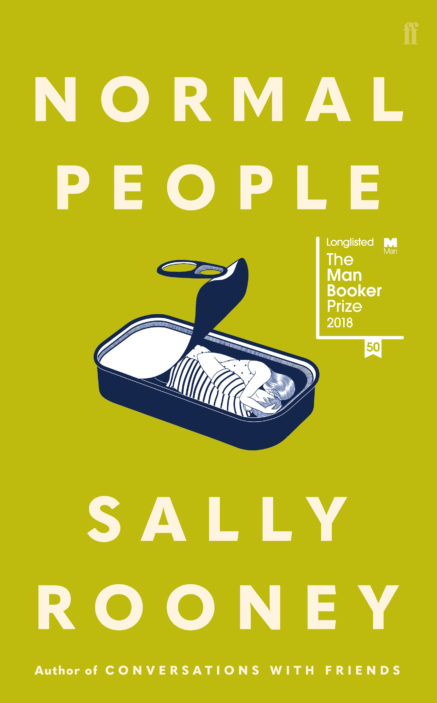 Normal People is the new novel from Irish author Sally Rooney. Like Washington Black it was included on the 2018 Man Booker Longlist a good two months before its release. It is also already set to be adapted, along with Rooney’s first novel, 2017’s Conversations with Friends, for film. Normal People follows the story of Connell and Marianne, two young people who grew up in the same small rural town in Ireland, who both earn places at Trinity College. Despite coming from different worlds, they soon develop a connection that lasts into the following years.

That plot might sound awfully familiar, but looking through a host of early reviews Rooney has successfully delivered a story that exceeds expectations, and which operates on many levels. Sure, it’s a love story, but it’s also an exploration of class, trauma, adolescence, friendship and loneliness. It’s also an intimate and compelling portrait of millennial life. Certainly, Rooney is no stranger to rave reviews, Normal People might only be her second novel, but she has already been described as “the first great millennial author”, “Salinger for the Snapchat generation” and “Jane Austen of the precariat” – not bad going I reckon. Irregardless of whether the novel makes the Man Booker shortlist later this month, this will not be the last we hear of Sally Rooney, nor in all likelihood will it be the last award listing for Normal People.