Book Review: High seas rescue in the far North of WA in Lizzie Pook’s Moonlight and the Pearler’s Daughter 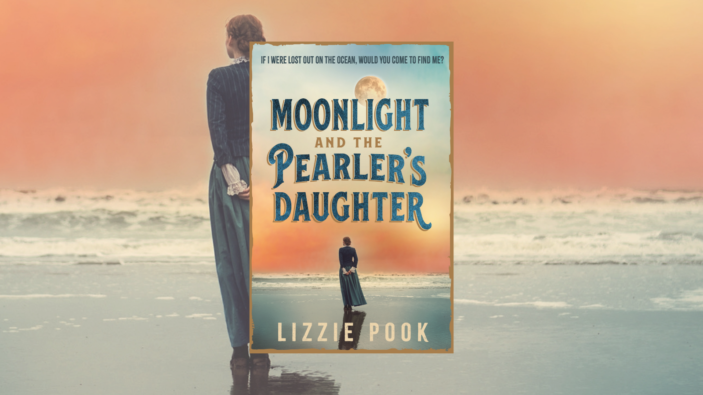 Lizzie Pook’s debut novel, Moonlight and the Pearler’s Daughter, takes us to the fictional pearling town of Bannin Bay in the North of Western Australia. The year is 1896, and those who own fleets of pearling luggers – those such as Eliza Brightwell’s father – rule the town.

But when Eliza goes to meet her father on his return from a voyage one day, she is told by her brother Thomas that he is gone, vanished from on board the ship, and no one knows where or why. Soon, Thomas leaves town too, leaving Eliza to fend for herself. When one of Captain Brightwell’s crew, Balarri, is arrested for his murder, Eliza knows that she has to do something to stop a gross injustice playing out.

I don’t often say this about a novel, but I feel as if Moonlight and the Pearler’s Daughter could have been longer. There is an economy of words in this book, and some key moments of the plot feel rushed. That being said, Moonlight is the kind of book I would have gladly read more of.

Eliza is a woman out of her time, one of my favourite kinds of heroine. She has learned a love of the natural sciences from her father, and she is kind to those of all backgrounds when others in Bannin Bay wear their bigotry with pride. She is fearless, walking into houses of ill repute without much hesitation when it’s needed, or stepping up to help sail a lugger through dangerous waters. Her closest friend, Min (or Laura Min, as she is sometimes called) works in one of the brothels;  something which doesn’t seem to bother Eliza, and is not really sensationalised by the author. It is simply part of the landscape of Bannin.

Pook’s background as a travel writer is evident in the pages of Moonlight as the landscape sits centre stage throughout the book. It may surprise some readers to learn that Pook is not Australian but in fact lives in England. Not that this is undetectable as you read the book. There are some slight irregularities regarding culture that almost lend credibility to Eliza as an upperclass English emigre now living in the land down under. The writer has clearly done extensive research in order to craft this book, and her acknowledgements credit many experts who leant their knowledge to the task.

As is the case with writing any novel about history, the writer walks a precarious line between showing people’s attitudes as they were at the time and an accurate portrayal of some of the more horrific aspects of the past. Eliza has some knowledge of the practices of pearling – where most of the dangerous work was done by non-white pearlers who were usually Aboriginal, Torres Strait Islander or Japanese – but seems to have led a largely protected existence because of her wealth and status. Particularly when she speaks to Min, her naivety shines through. A growing awareness of the inequality of her father’s business could have been more drawn out as part of her journey.

This is an enjoyable novel which traverses an aspect of Western Australian history not often fictionalised. I adored Eliza Brightwell and would happily read about whatever adventures come next for her, but hope those adventures will be more fully padded out.

Lizzie Pook’s Moonlight and the Pearler’s Daughter is available now through Penguin Australia. Grab yourself a copy from Booktopia HERE.