Book Review: Katerina Gibson’s Women I Know is a collection about womanhood and the weight of expectation 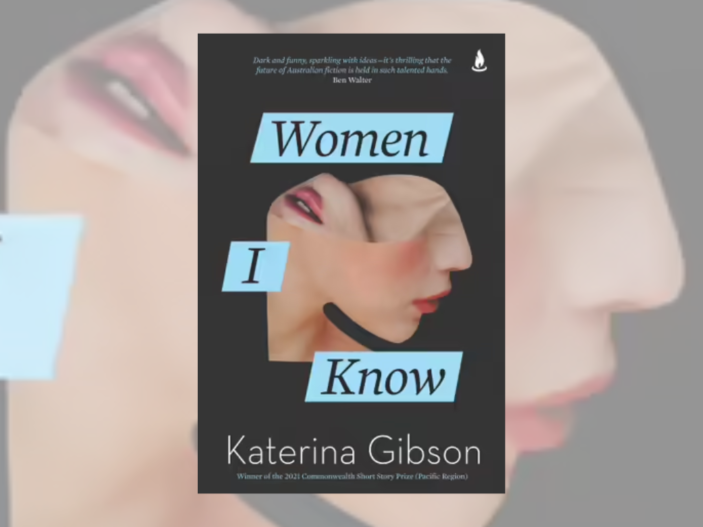 Katerina Gibson was the winner of the 2021 Commonwealth Short Story Prize (Pacific Region) for their story “Fertile Soil”. Last month, their debut collection Women I Know was published by Scribner, an imprint of Simon & Schuster. Described as ‘unpicking the stitches of gender and genre’, the seventeen stories in Women I Know explore various iterations of womanhood and personhood in formats which challenge the traditional structures of short fiction and narrative.

The collection opens with “A Glitch in the Algorithm”; a story about a young woman who tries to trick her online platforms into believing she is a fully self-actualised paragon of wellness by manipulating what she says and does in the presence of technology. But, what starts out as a very clever premise for a short story never fully goes beneath the surface of the idea. And, further, the character’s attempts to distance her online self from her real self seem also to distance her from the reader. This sensation that you are reading an analogy rather than being immersed in a story where you are able to relate to what is being said persists throughout the collection. Though there are some stories where a deeper truth resonates through.

At times, the stories move almost into the realm of horror or surrealism, such as in “Constellation in the Left Eye” or in Gibson’s prize winning “Fertile Soil”. In other stories, the collection is more grounded in the present, and in more day-to-day (though not to say pedestrian) concerns.

The story “All Noise Through the Fog Will Be Forgiven”, about a young woman on a night out feeling the ways in which she has drifted apart from her friends, was one of my favourites in the set because of how true it felt. Exploring themes of needing to make oneself feel small in order to fit into old roles (and therefore fit in), this story got to the heart of the way friendships between women change throughout your twenties. And, as such lead character, Vivian was much easier to know than other personas in the book.

In “A Tight Schedule”, an extremely busy mother talks about her worries – including her daughter’s eating disorder – in one several-pages long paragraph monologue, echoing the business of her life and mind on the page. And, in a real highlight of the book, “Intermission I: All The Stories I Started but Never Finished Because of the Time-Restrictive and Distracting Nature of the Gig Economy”, Gibson turns what may have started as a brainstorm of ideas for future fictions into a meditation on the futility of writing at all, creativity, the sense that everything has been done before, and the role of the author both as creator of the work and public figure. There are some deep insights about the genesis of the collection as a whole in this piece, and I recommend reading it carefully.

As a collection, Women I Know feels largely divorced of place; and it is hard to say if it is a collection about the present or about some horrifying vision of the future where climate change and technology are both bearing down on us all. Like some of its stories, the book is unfocused in all aspects other than that of womanhood or expected womanhood. And, I am not sure if that is enough to sustain the book for all 240-odd pages. There are moments of sheer, clear-eyed beauty in the prose, and it is clear that this author has something to say. But will this be a collection that stays with me? I don’t think so. That being said, I’m still going to watch out for whatever Katerina Gibson writes next.

Women I Know by Katerina Gibson is available now from Simon and Schuster. Get your copy from Booktopia HERE.