Book Review: Kate Mildenhall’s The Mother Fault is deservedly one of this year’s most hyped Australian novels 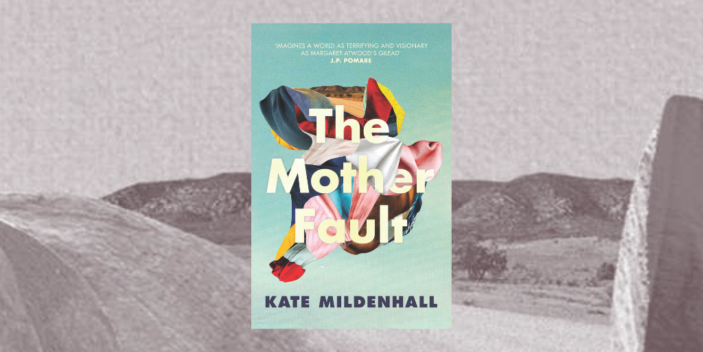 In an indeterminate future Australia where everything is run by The Department, Mim’s husband, Ben, goes missing. Unable to track him using the technology that all citizens are fitted with, members of The Department begin asking questions. They claim to be concerned for his welfare, but they take Mim’s passport and those of her two children, Essie and Sam.

Something doesn’t feel right. And, when she is contacted by a journalist, Mim knows her instincts are good. She runs. Taking her daughter Essie and her son Sam with her, Mim embarks on a dangerous journey to get off the grid and to find her husband – and the truth. Aided by a childhood friend, the family sets sail for Indonesia, the last known whereabouts of Ben, who has been working as a geologist on the lucrative Golden Arc mine. But they just might find more than they bargained for.

Kate Mildenhall’s sophomore novel The Mother Fault is one of 2020’s mostly hotly anticipated releases. The book has been endorsed by a who’s who of Australia’s literati, including: J.P. Pomare, Angela Savage and Alice Robinson. In fact Pomare makes a comparison with Margaret Atwood‘s 1985 classic, The Handmaid’s Tale. The world of The Mother Fault does bear frightening similarities to Atwood’s Gilead, with technologically advanced surveillance built into the day to day workings of life. Not to mention the gradual erosion of civil liberties and democracy in the name of ‘the greater good.’ (At one point, Mildenhall, even begins a sentence “Under his eye,” a subtle but poignant nod to the eery greeting phrase spoken by inhabitants of Gilead in the book.)

In the Australia of The Mother Fault, BestLife facilities take in single mothers and at risk children, as well as the drug addicted and other members of society deemed unable to take care of themselves. From the outside, this seems like a blessing, but for Mim, whose brother Michael revealed to her that he was a prisoner in the facility not long before he passed away, the threat of The Department (of everything, as political factions have been done away with, and both parties have proved themselves ineffectual, leaving a vacuum into which this sinister third option has leapt) taking her children from her if she does not co-operate and if Ben does not return is a very real one.

The Mother Fault is part family drama, part dystopia, part thriller, and part of an entirely new genre which seems to be growing in popularity. Riffing on ideas of climate and political crises coming to a head, it shares a sense of wariness at the over involvement of technology and government in characters’ lives that was also present in Donna Mazza‘s Fauna and Rohan Wilson‘s Daughter of Bad Times.

The characterisation in The Mother Fault is strong, fitting these three protagonists into this new world which is so alike and yet so unlike our own. In particular, Mim and her daughter Essie are tested by their quest, their bond is strengthened as they rise to each challenge, and they grow closer. Mim’s idea of what it means to be a good mother and a good person is challenged again and again; meanwhile, Essie (who is twelve or thirteen) must navigate the transition from child to young woman in the space of a few days and under trying circumstances. The result is a realistic and nuanced portrait of a family, and a situation that feels like it might not be far off the mark.

In language which is tough and poetic and keenly selected, The Mother Fault is a stunning account of a possible future, and deserves every bit of the hype it has received in the lead up to its release.

You can order your copy from Booktopia HERE.