Book Review: Yanagihara’s latest novel is heavy on themes and symbolism, but is it too much? 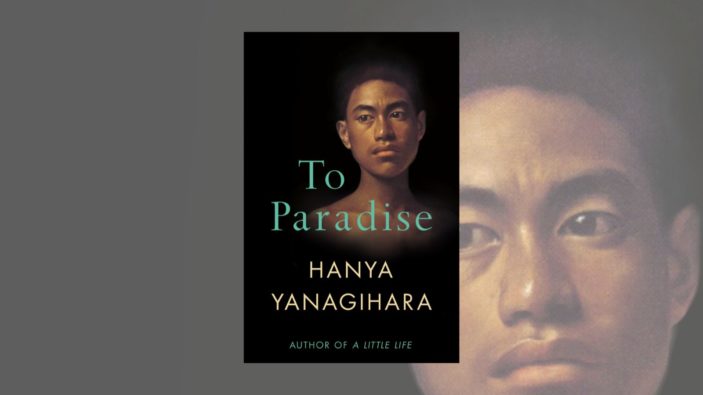 To Paradise, Hanya Yanagihara’s third novel, was released in January 2022. That it has taken me until now to finish it says as much about its length (some 700 plus pages) as it does about its subject matter. Spanning three interlinked novellas each set 100 years apart, To Paradise is a book about family, obligation, tradition and – as you may already know– illness.

Following on from the critical and commercial success of her Booker Prize shortlisted sophomore novel, A Little Life, Yanagihara has also once again chosen to explore the lives of queer characters, specifically men in same sex relationships. This time, she imagines a counterfactual history which begins in a Henry Jamesian 1893.

The United States is divided and New York is part of the Free States. The schism between states appears to largely be based on the decriminalisation of homosexuality, and around half of the characters in this section (and more than half of those in the book’s entirety) are part of same sex marriages. Outside of the Free States, homosexuality is still illegal.

In this first section, called ‘Washington Square’ for the grand townhouse where much of the action takes place, we follow David Bingham, one of three Bingham siblings set to inherit portions of a vast estate from their grandfather Nathaniel. David suffers from a mysterious recurring illness which has meant that his family have always treated him as fragile. It has also meant that David is the most isolated member of his family, and the only one as yet not married. Nathaniel reaches out to a marriage broker in order to ensure David will always have someone to care for him. The answer is found in Charles Griffith, an older widower who promises safety and security.

But David finds himself instead falling for Edward Bishop, a penniless music teacher who may or may not be who he says he is. By the end of this section, David is faced with a choice that made lead him out of the security of the Free States. Frustratingly, the section ends as David is about to reveal the answer.

The second section, ‘Lipo-Wao-Nahele’, is a story in two parts set in 1993. Here, illness casts a spectre over the action once more as a young paralegal, also named David Bingham, takes part in a secret relationship with a partner at his law firm named Charles Griffith. As David watches Charles care for and farewell a number of loved ones (and past lovers) who are succumbing to ‘the illness’ (one can only assume it is AIDs), he reflects on the physical and mental decline of his father. His father has just attempted to make contact via letter.

Part two of this story is a long letter from David’s father to David, revealing the story of their family to be that of a displaced Hawaiian royal family. David is really Kawika, and while his father feels the loss of his culture and homeland keenly, David is more easily able to walk away from it. This section, while it may have important things to say about the history of Hawaii and the complex relationship of its people to the rest of the states, felt as if it were out of place in the novel as a whole. Many of its more important themes needed more development.

The final section of the novel is called ‘Zone Eight’, though in reality, it turns out all three sections of the book are set in largely the same place. It is now 2033, and Charlie Griffith is a lab technician working at a university where she looks after mouse embryos (referred to as The Pinkies.) Charlie is a survivor of a terrible zoonotic pandemic which largely affected children in the 2070s. The drugs which saved her life have left her sterile and emotionally stunted. Like David of the first section, Charlie has had a marriage arranged for her by her famous scientist grandfather, to ensure she is taken care of after he is gone.

After some difficulty in finding a match, Charlie is eventually married to Edward Bishop, but theirs is an unconventional marriage given that they are both relatives of ‘state traitors’ and Edward is gay. Intercut between scenes describing Charlie’s world and the increasingly Orwellian state structures supposedly put in place in the name of public health, a series of letters from Charlie’s grandfather Charles to someone named Peter in ‘New Britain’ reveal the timeline of the new world order at ten year intervals, including the re-criminalisation of homosexuality and the (frankly terrifying) waves of pandemics which are the hallmark of this century.

Are the three sections connected? The answer is complicated. On first glance, it would seem like the answer is yes. Not only does the house at Washington Square recur in various roles, but the names of the characters repeat in different formations throughout history. It is never clear if the different Binghams, Griffiths and Bishops are actually descendants of one another. This doubling of names, however, doesn’t add much to the plot.

Perhaps the most clever callback is the moment at which Charlie and her new friend David visit a public storyteller in Zone Eight who tells the story of David and Edward from the first part of the book, only to leave everyone on the same cliffhanger, not knowing if they have escaped to the west together or not.

Broadly speaking, the book is really three books, and only the first two of them felt enjoyable to me. While Yanagihara has a gift for language and description, at times it was difficult to cut through all the window trimmings to see what was important.

Am I glad that I finished it – absolutely. Did I wish it were three books and not one 720 page pandemic filled horror story? Again, absolutely. Will fans of A Little Life enjoy this latest book? This question is harder to answer, but I can say with some certainty that it’s one I am glad there is an audiobook for.

To Paradise by Hanya Yanagihara is available now from Pan Macmillan. Get your copy from Booktopia HERE.