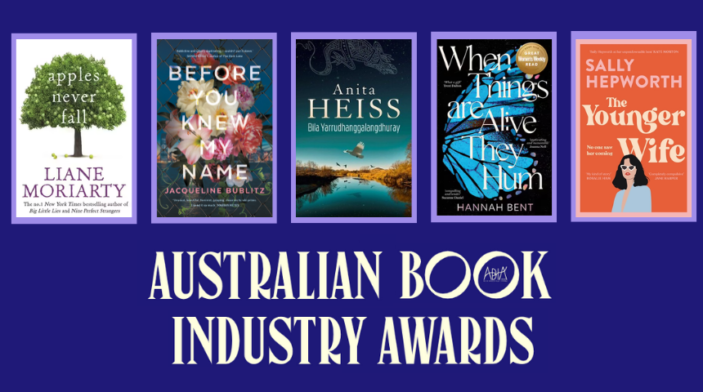 The Australian Book Industry Awards (ABIA) have today announced their 2022 shortlist, with a star-studded awards ceremony set to take place in Sydney on June 9th.

The gala event will take place at ICC Sydney, hosted by actor, singer, and musical theatre star Alinta Chidzey, and with Wendy Whiteley, The Wiggles, Michelle Law, Peter Fitzsimons, Adam Goodes, and many more lined up to present awards.

The full shortlist is below – and we take no responsibility for the inevitable expansion of your TBR!

Audiobook of the Year

Biography Book of the Year

Book of the Year for Older Children (ages 13+)

Book of the Year for Younger Children (ages 7–12)

General Fiction Book of the Year – presented by Borrowbox

Illustrated Book of the Year

International Book of the Year

Literary Fiction Book of the Year

Ahead of the main awards ceremony, the recipients of the the Lloyd O’Neil Hall of Fame Award (recognising outstanding service to the Australian book industry by an individual from within its ranks), the Pixie O’Harris Award (for consistent contribution to children’s literature) and the Rising Star Award (emerging talent in the Australian publishing industry) will be announced, alongside the shortlist for the Business Award.

For more info on the awards, including tickets to the awards ceremony, head to the ABIA website HERE.