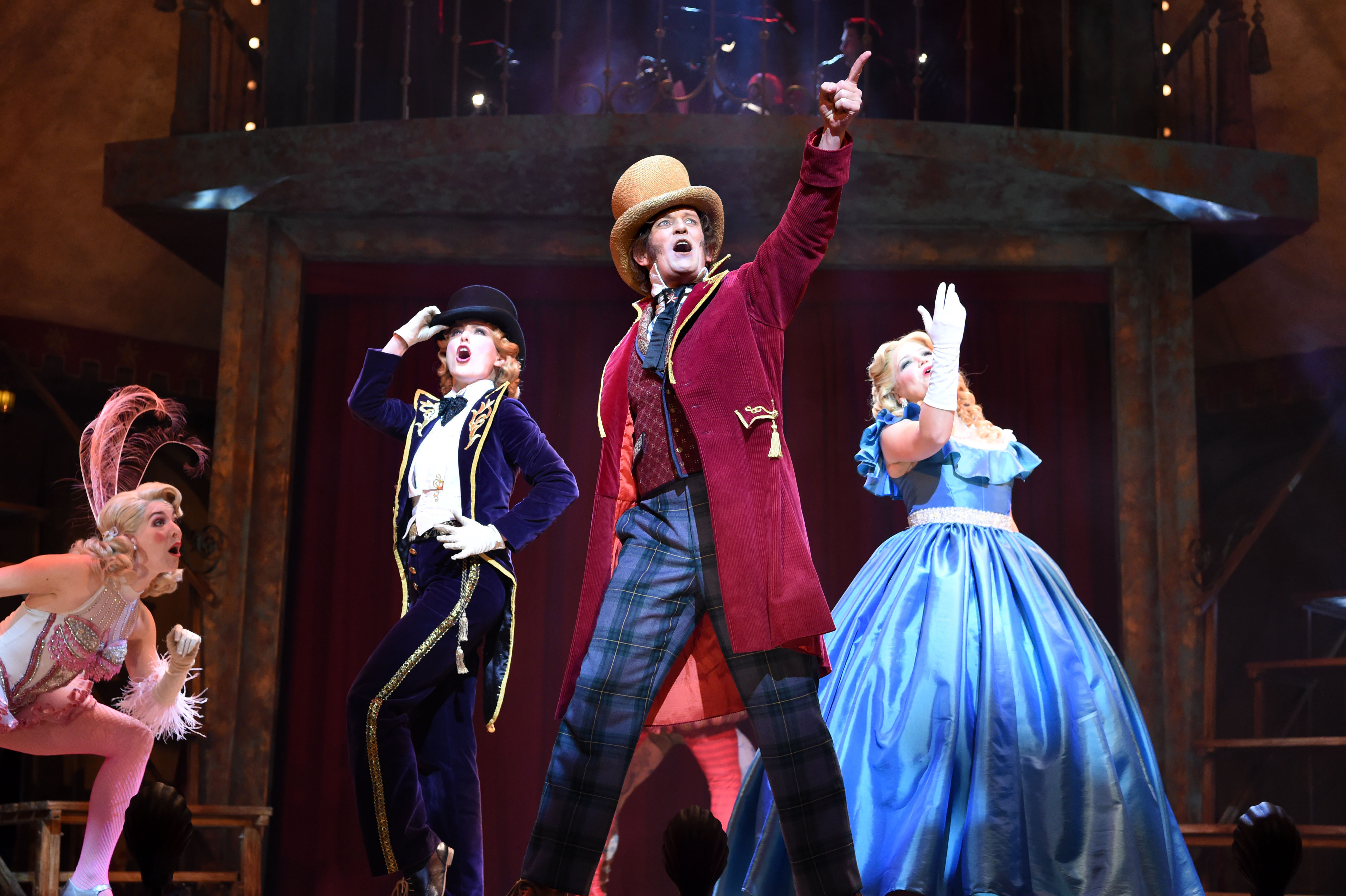 After thirty seven years, Barnum: The Circus Musical – which debuted on Broadway in 1980 – has returned to Australia for a strictly limited season. This astounding blend of musical theatre and circus acts lights up Melbourne’s iconic Comedy Theatre and fills it with laughs, awe, and magic for a night of pure fun. Set in the mid-19th Century, it tells the life story of P. T. Barnum (Todd McKenney) as he takes his circus acts across America and the world. All the while, Barnum experiences all of the success and conflict that comes from a life of using humbug to promote his circus.

If you’re looking to feast your eyes on something different at the theatre in 2019 then Barnum is that something. It blends the feel of a circus with the music and story of a musical in a way that has never been seen before. It creates a unique atmosphere in the room where one minute you’re engaged in a thrilling musical solo and the next you’re gazing up at an aerial acrobatics performance. Perfectly balanced between the two forms, this entire show is never too much of either, it finds that neutral zone. One of the most subtle but memorable elements of the show is the inclusion of very simple and small sleight-of-hand magic that is never the focus of any scene. Catching these moments is in no way integral to the story but it gives the show a depth and added layer you don’t see too often.

There’s a very lively and upbeat tone to the show that makes the audience feel included, and as though this is a party they’re all attending. So much of that tone is driven by the music and the positive energy emitted by the entire cast. Everyone on stage looks like they’re having the most fun in their entire career and it helps to really suck you in to the story and characters. But no one encapsulates the energy, fun, and excitement of this circus musical more than the star of the show himself, Todd McKenney.

Todd McKenney is a national treasure and a bundle of joy. His positive energy and general aura is so strong you can’t help but love what he does at every moment in here. He completely delivers in the role of P. T. Barnum and leads the show with an iron fist and a little bit of humbug. He’s got a great singing voice, amazing performance skills, and as you’ll see in the show, some skills you never would have thought he had. As a headliner there is no one who could have pulled off this role better than Todd, his enthusiasm and exaggerated mannerisms make every moment in here utterly delightful. He shows his professionalism and experience in moments where, for various reasons, he interacts directly with the audience and that results in hilarities that had everyone in stitches.

Alongside Todd, Rachael Beck brings a lot to the role of Charity Barnum, a character who in this story you wouldn’t think of as one of the more intriguing ones. She has a powerful singing voice that makes her musical numbers very engaging, especially when she is going back and forth with Todd. She also brings some light humour to the story which really elevated her character. The extended cast of circus performers are all immensely talented and they pull off countless acrobatic stunts and circus tricks that will have your eyes darting across the stage to try and catch everything.

Where the show leaves room for improvement is in the pacing, specifically during some of the slower moments late in the first act and into the second act. They’re necessary to further the story, however, they get slightly repetitive, and in contrast to the very upbeat and lively moments the dips in pace are definitely felt. This isn’t anything to hold against the show as it’s incredible and thoroughly entertaining throughout, but it’s just a couple scenes that dragged amongst the rest of the show that flourished.

Barnum: The Circus Musical is not one you want to miss. It’s a night of fun and excitement where you get to see some classic musical theatre as well as the wonder that comes with impressive circus acts. Todd McKenney is the greatest showman, it is his infectious energy and talents that make this show so spectacular.

Barnum: The Circus Musical is in Melbourne for a strictly limited season at the Comedy Theatre through to June 2nd. For more information and to purchase tickets head HERE

The reviewer attended the performance on 2 May 2019.