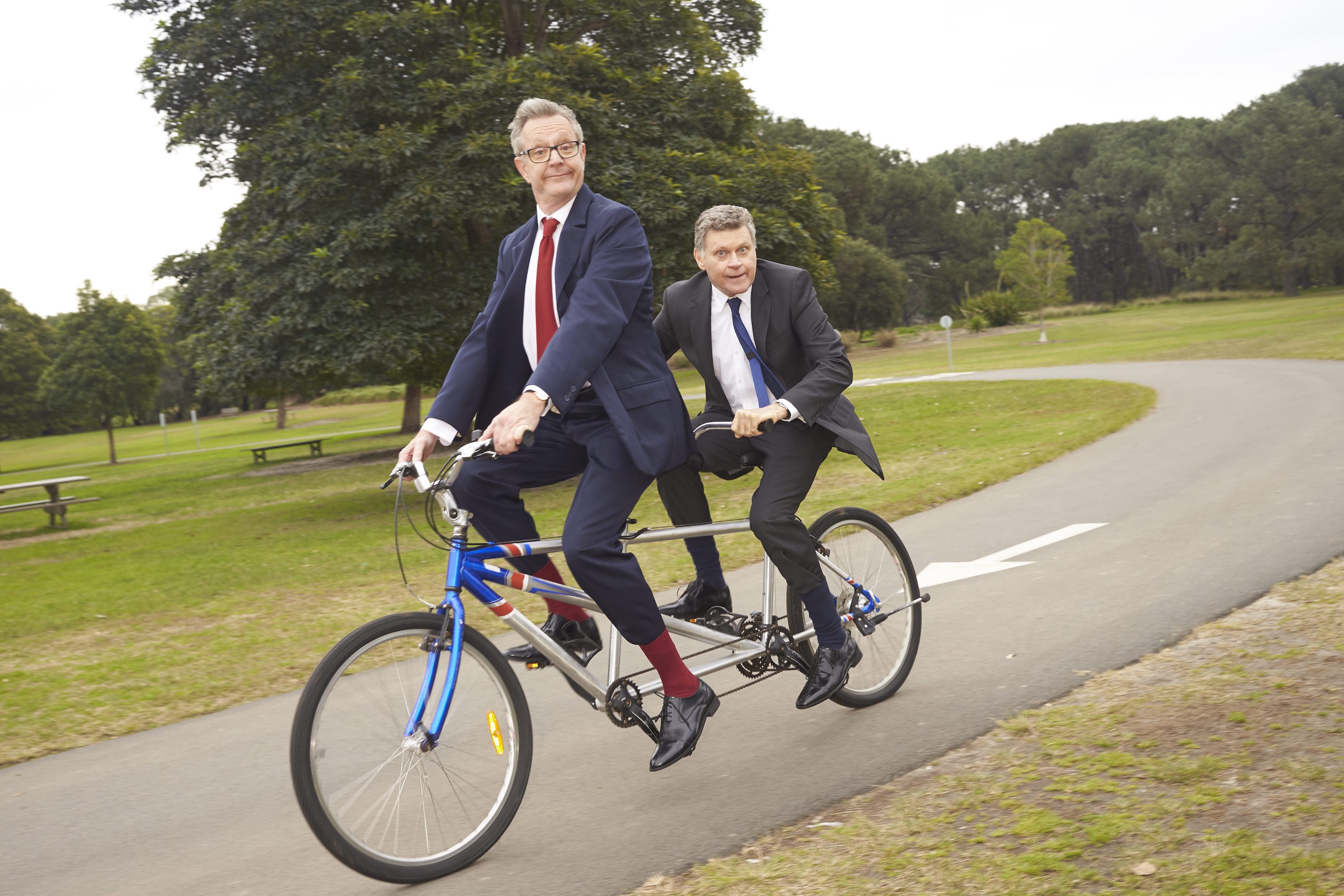 The Wharf Revue have been proudly entertaining audiences by skewering politicians since 2000. This year’s instalment was the troupe’s first without co-founder and musical director, Phil Scott, but the show remained strong and funny. The opening night at Parramatta’s Riverside Theatre was a rollicking one with a vaudeville feel that hit some really high notes.

The proceedings began with a theatrical flavour and an introduction from a cantankerous, old fella named Buttons. He picked on the audience and was lead off the stage and dealt with by HR. This could have been The Revue’s answer to some of the industry’s explosive revelations in the wake of the #MeToo movement.

The initial sketches formed the pantomime, Turnbull-ella. Rachel Beck played Malcolm and sat there questioning how a Point Piper millionaire could fail. Scott Morrison was among the ugly stepsisters while the evil stepmother was one Tony Abbott. Spreading the fairy-tale magic, the group sang versions of “When You Wish upon a Star” and Beauty & the Beast’s “Something there.” The latter saw Peter Dutton as Prince Charmless AKA the Beast biding his time as the leader in waiting.

The “Clug de plastique” piece offered a change in pace because it was part-percussion and part-spoken word. This dealt with Australia’s love of plastic in all forms and drew inspiration from our supermarket bag ban. This one was more interesting rather than laugh-out-loud funny. It also offered up some sobering statistics, making it not dissimilar to the War on Waste.

A change in Charles Davis’s set provided a transformation that was quick and seamless. It was also a visually-effective backdrop given the content of the next musical number. Beck offered some dazzling pizazz as NSW Premier, Gladys Berejiklian and one sorry roll-call of doomed construction projects. In fact, this song was such a show-stopper, you will have ear-worm for days.

Beck was the new recruit to this show, occupying a role that Helen Dallimore and Genevieve Lemon have played. Beck was convincing and juggled various roles with aplomb. It could be the sultry, Stormy Daniels one minute and Melania Trump in her infamous green jacket the next. Beck also played Greens senator, Sarah Hanson-Young who was lectured by former party leader, Bob Brown. Clothed in the tiniest pair of shorts possible, he waxed lyrical about the endangered tree frog, just like in parliament. 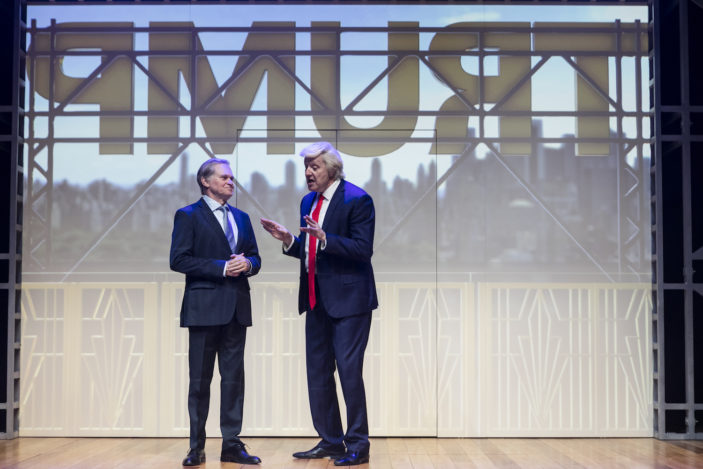 The President of the United States proved a great foil and some moments of real hilarity against the dignified, Queen of England. A mishap with a moustache falling off saw Biggins quip that the staffer wasn’t a “Real Mexican.” Trump also faced off with former Italian Prime Minister, Silvio “I don’t ask a lady her age” Berlusconi. Trump was often left confused and saying that he didn’t “Speak Spanish.”

New musical director, Andrew Worboys’s numbers were fun but one quibble was that the sound levels were a little off at times. This was particularly the case during Barnaby Joyce’s “I Walk the Line.” Douglas Hansell did a good job playing the part of the rural man and the hysterical joke about seeds was not to be missed.

The musical numbers were mostly piano-based and Worboys’s performance was excellent. He was occasionally accompanied by some pre-recorded strings for the meatier numbers. David Bergman’s videos offered some great little transitions between the sketches. The Hardly Normal tax cuts styled as a Harvey Norman advertisement were clever. This was a rather telling reminder that topics like: tax reform, climate change and refugees have been recurring themes in Australian politics, even with our leadership changes. No wonder the show was called Déjà Revue!

The Wharf Revue offered punters a tight 90-minute presentation of some bold satire. This witty and entertaining show had a little something for everybody. There were pleasing musical numbers, spot-on impressions and moments that were both engaging and funny. The Wharf Revue once again celebrated the mirth and madness of local and international politics with their all-singing, all-dancing comic revelry.

The reviewer attended the performance at Riverside Parramatta on September 13th. The brief season has since wrapped up, but the show will now embark on a tour around the country, ending at the STC in November.