Theatre Review: The Climbing Tree shows some teenagers grappling with growing pains as they traverse the great divide 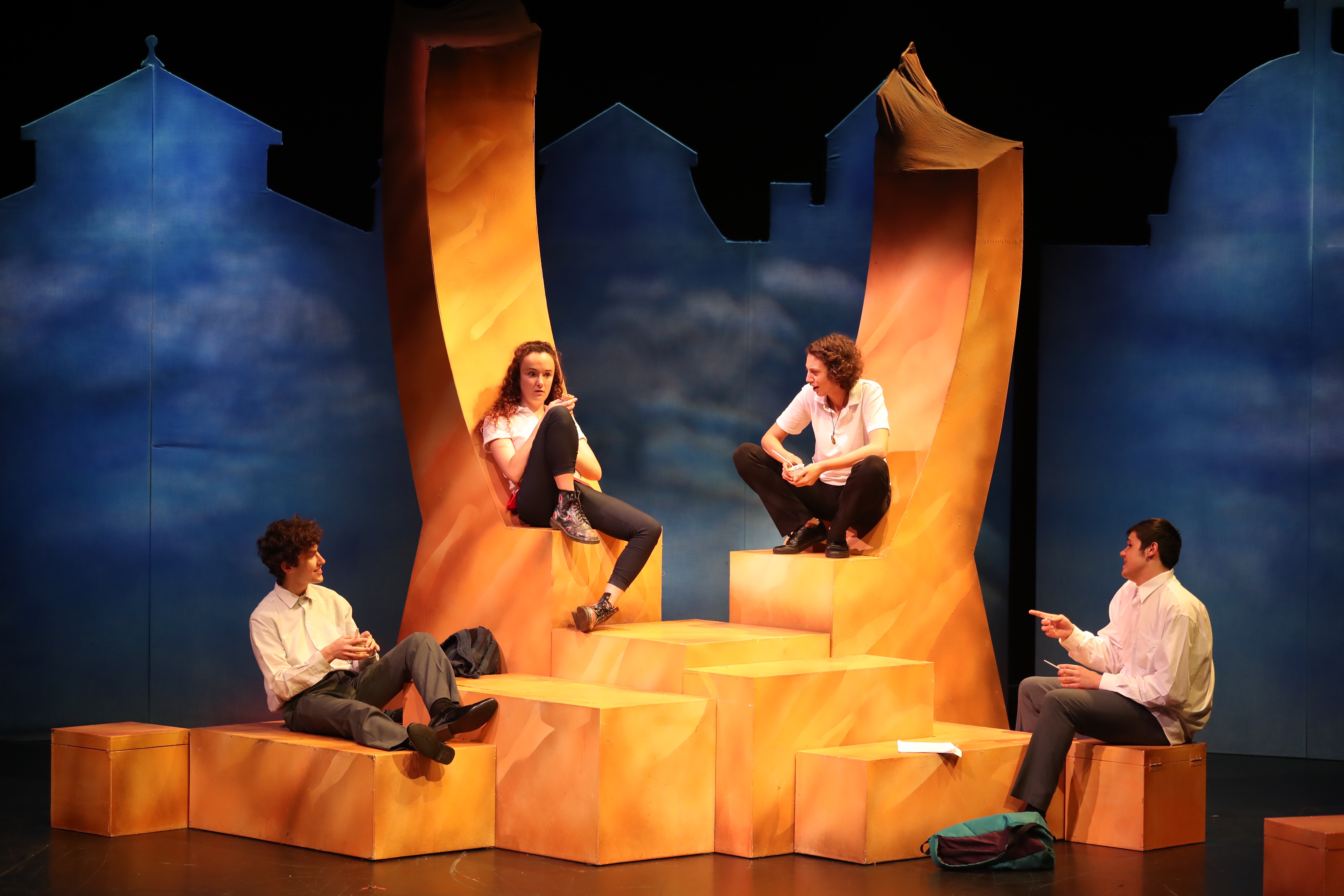 When you’re a teenager you often feel like the world is against you. You’re too mature to be a child but not yet independent enough to be an adult. This is often a period associated with angst and growing pains. The Climbing Tree examines these existential problems while framing them around a nation’s past and the way it can offer a bridge into the future.

The show is the culmination of three years’ worth of workshops and research that began in Bathurst. This town also doubles as the play’s setting. Bathurst is drenched in history so there was lots of inspiration for playwright, Rachael Coopes (Life Support) to draw on. This show uses a large tree as a meeting spot because it’s a place where young teenagers ascend in order to hang out with their mates.

Rayleen (Madelaine Osborn) is a feisty, young rebel at the centre of this play. Her mother is a drug addict so she is often left caring for her young sister. She straddles two different worlds- one as a protective older sister and the other as a teenage delinquent. It should come as no surprise that this show begins in some stark, white light, as she’s interrogated over something that has happened.

Rayleen’s best friend Kylie (Jayla-Shae Davey) is her opposite. An academic and straight-laced girl, she dreams of being her school’s first indigenous school captain. She grapples with her identity and negotiates her place in a world that has white-washed and ignored her ancestors’ history. This is disheartening stuff, which touches on some of the themes raised in Kate Grenville’s The Secret River. Kylie’s cousin, Scott (Janda Nichols who makes his professional acting debut here) is studying at private school on a rugby scholarship. The two cousins are representative of the local indigenous population who experience trauma after having their sacred spaces spoiled and used for sacrilegious reasons but they also offer hope into the future.

Jack Walton is the final member of this young ensemble. He plays Will, a gentle friend to Scott. Will is often considered a nerdy outsider, even with his position of privilege. These four actors do an excellent job carrying this piece and offering up some dramatic food for thought. They juggle their roles as well as delivering powerful vignettes by other characters who serve as the town’s ghosts of the past. A lot of questions are posed about culture, identity, racism and history. But perhaps the biggest query of all is, “Just what did these young people do to find themselves in this situation?”

The play’s dialogue is supported by an amazing soundscape designed by leading composer, Guy Webster. The songs are experimental in nature and wouldn’t be out of place on Radiohead’s Kid A album. These pieces ramp up the tension and the atmosphere while Karl Shead’s set draws focus to the orange, dust-coloured tree that’s practically front and centre. This tree has large roots that can transform and shift like Tetris blocks to double as interrogation chairs, cupboards, etc.

Webster’s score is played beautifully by Tim Hansen. But it was a mistake to have him play the authority figure in this piece. His delivery of the questions/interrogation feel a tad too soft and mechanical at times. Hansen is a musician and perhaps what they needed was a dramatic actor to give this part of the show the raw power it deserved.

The Climbing Tree is a complex and ambitious play that tackles too much in its 90 minutes. While it should be commended for asking some big questions, it probably needed a bit more stage-time to make it a more cohesive whole. This unexplained incident is retold alongside historical vignettes and contemporary issues. The present poses a prevailing sense of “us” versus “them” and The Climbing Tree is an affecting human piece looking into the future. It proves that there are more things that unite us than divide us, even in a land that prides itself on its great dividing range. Oh wait…

The reviewer attended the performance on November 23.