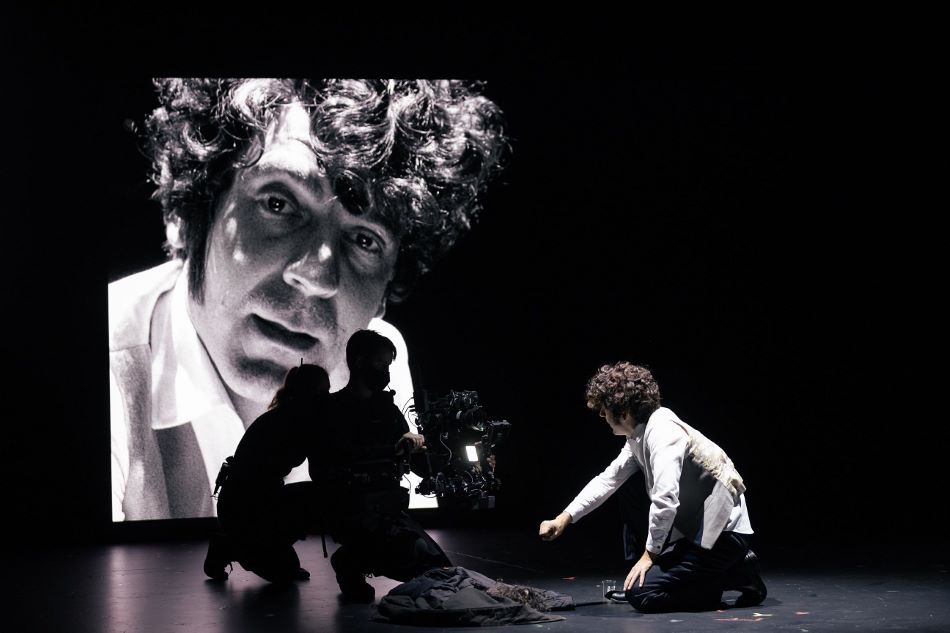 Audiences watching Strange Case of Dr Jekyll and Mr Hyde either know the drill or at least have some concept of what happens. But it’s a testament to Kip Williams and the Sydney Theatre Company that this production bedazzles and surprises. This is a rendering that is brimming with so many different layers, that it is likely to stay with you long after you have left the theatre.

Williams and his team have previously brought us The picture of Dorian Gray. Both productions are based on books written in the late 19th Century and are adapted into the cine-theatre format. In this case, the blending of live performance with filmed action and video sequences amps up the intensity of a classic tale. This exploration of humanity and the dichotomies between good and evil, private and public personas, and ideas around authenticity means it is positively brimming with things to make you think.

This production draws heavily from the Gothic novella by Robert Louis Stevenson for the dialogue. This can be excellent, as the audience bear witness to the sparkly prose of the original story, which was published in 1886. However, there are some moments where the rapid-fire delivery of lines may mean a little something of the action is lost on some of us.

The main protagonist here is Gabriel Utterson (a delightfully subtle, Matthew Backer). He is a restrained and reserved lawyer, and a friend of one Dr Jekyll. A series of strange circumstances leads Utterson on an investigation of sorts. Utterson is concerned his dear friend is being blackmailed by one Mr Hyde.

Ewen Leslie (Julius Caesar) proves he is an incredible chameleon actor. The fact he must grapple between the good Doctor Jekyll and the murderous criminal Hyde is no mean feat. But he also plays a narrator, Utterson’s cousin Richard Enfield, and the friendly Dr Lanyon with little more than some wigs and accents, which is truly beguiling. 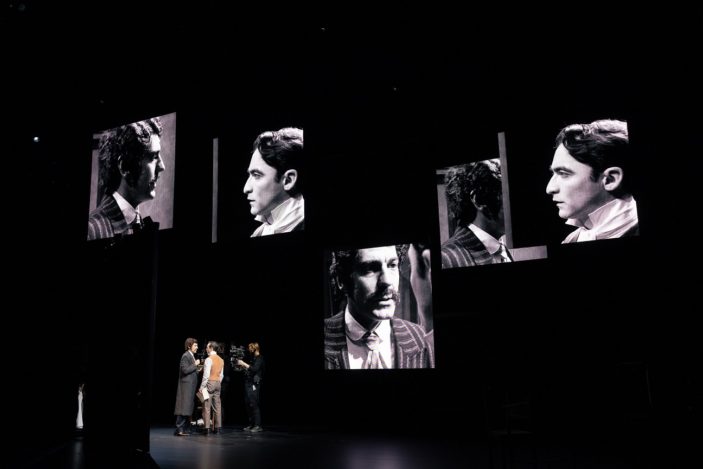 Much of the production takes place on a series of different video screens that morph and transfix the audience as much as a modern art installation. The scene with the stairs is worth the price of admission alone, even if the proceedings in totality are not completely flawless. The technicality and ambition of this production should be applauded; as the videos do give a raw and visceral touch to the subject matter and you really cannot escape every emotion writ large on the actor’s expert faces.

Mostly, the videos play out in black and white, giving the proceedings a real film-noir quality. This is especially the case when it is coupled with composer, Clemence Williams’s atmospheric soundtrack and designer, Marg Horwell’s sparse stage set. These disparate elements come together like a symphony and sing. Colour is used briefly but this is reserved for the play’s most pivotal moments. The result is something akin to a Flaming Lips video starring the cast of Priscilla.

Strange Case of Dr Jekyll and Mr Hyde is such an intricate production that repeat viewing may be necessary to appreciate its true complexity, as Williams and Co. have expertly threaded together one dynamic show. It explores respectability and friendship in Victorian England along with the opposing forces of good and evil. This is ultimately one intense visual feast that celebrates a multitude of mediums and perspectives, which do give pause for thought.

Strange Case of Dr Jekyll and Mr Hyde is playing at Sydney Theatre. For more information and tickets head HERE.