Raw, real and deeply emotional, New Ghosts Theatre Company’s YEN gives us life as we’d rather not know it. Featuring some exceptionally talented new actors, who are expertly directed by Lucy Clements, this is heartfelt theatre at its most authentic.

Enter Jennifer, recently relocated from Wales, with a fierce desire to do right by the animals of the world. What will she make of the brothers? Could this be the start of something? 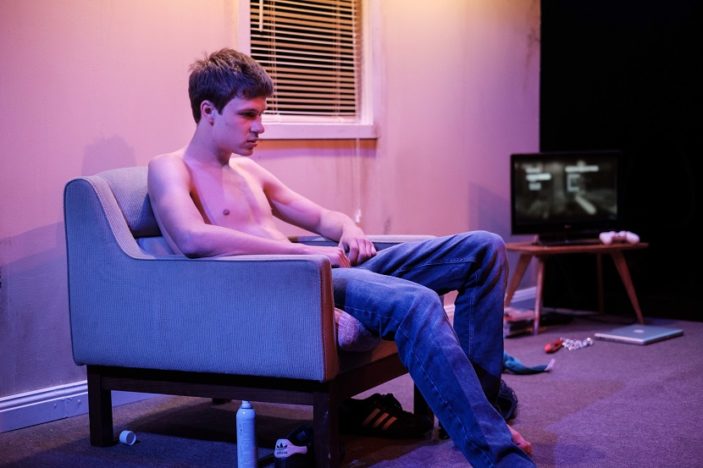 Making it’s Australian debut, Anna Jordan’s frank play about troubled English teens sits well in Sydney’s King’s Cross Theatre; the stage, like its characters, are boxed in. Outside, the city rushes past, ignoring those less fortunate and not caring how they came to be. If this all sounds a bit bleak you’d be right.

Jordan’s play is reminiscent of This is Our Youth, by Academy Award winner Kenneth Lonergan, in that it focuses on the insular lives of the young. Like Lonergan, Jordan’s scriptwriting style would translate easily to the screen. In YEN, Jordan is careful not to reveal too much, delivering dialogue that feels natural as opposed to theatrically heightened. And although these characters have the potential to be quite unlikeable – their language and attitudes are crass and offensive at best – you find yourself deeply invested in their lives and wishing for the happy ending that you know is almost certainly not coming. 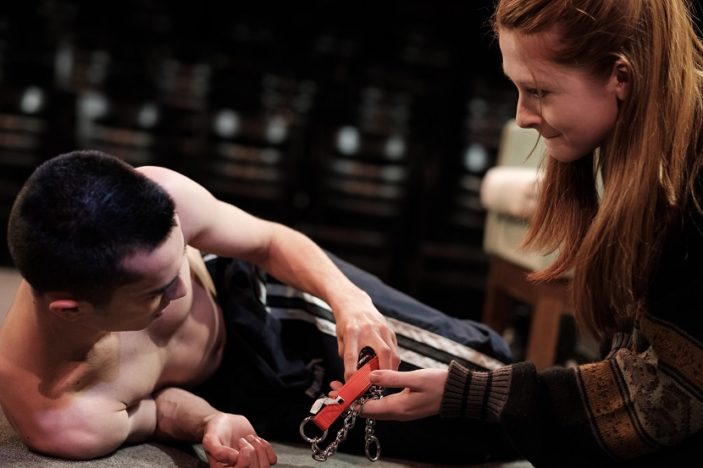 It takes talent to make a play like this succeed, and thankfully Clements has assembled a remarkably adept cast for the job. Bobbie, the youngest brother, is played with frenetic energy by Jeremi Campese. Campese seems always to be on the edge of exploding, demonstrating a strong grasp of his character’s arc and making him an effective counterpoint to his brother’s relative stillness. Physically, Campese looks the part of an awkward early teen, but the real strength of his performance is in the way he handles the character’s naivety and limited mental capacity; it is never forced or over-played, an impressive accomplishment in a young actor.

Recent QUT graduate, Ryan Hodson, is his older brother, Hench. He presents the perfect bodily example of a moody teen: head low, arms folded, shoulders hunched, cut off from the world. But it is when he breaks free of this stance that Hodson’s talent is really on show. He is deeply connected to the text and character and delivers an emotionally truthful, highly realistic performance that would be just as powerful on the screen as the stage. The only slight mis-step is his accent, which falters at times, but it can be overlooked.

Fellow QUT alum, Meg Clarke, masters the role of Jenny. We see a multi-dimensional character here; someone who is both delicate but also comfortable in her skin. Clarke does well with the tricky Welsh accent and is subtle when given moments of comedy. Again, another accomplished performance by a relatively young actor.

Rounding out the cast is Hayley Pearl who plays Maggie, the boys’ mother. She throws herself wholeheartedly into the role, one which demands as much physically as vocally. The shifts in emotion and intent are written all over her face and we see through her the reason for the boys’ anti-social behaviour. As the mother you know you’re supposed to hate, Pearl still manages to draw a small amount of sympathy through her performance. 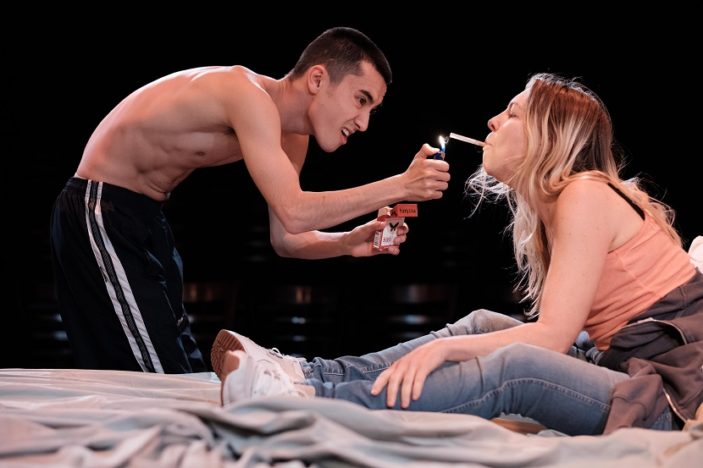 Ester Karuso-Thurn’s set is simple and fit for purpose, if lacking a little in creativity. However, the costumes and props have been well-curated and the production team receives full marks for the way they have executed the video game-play and laptop use. Louise Mason’s lighting design is used primarily to assist with scenic transitions and mark the passage of time, but it is effective enough. Chrysoula Markoulli’s sound design is good and the sound effects are well-timed and seamlessly thread through the onstage action.

Clements has done an amazing job with this show, elevating it to a level above that which you’d expect from an independent production. She has elicited some supreme performances from her cast, while maintaining the energy and interest in a play that occurs almost entirely in one room. The movement across the stage is carefully choreographed – no action appears accidental or forced. Even the scene changes, predominantly performed under lights in full view of the audience, show a level of consideration for the characters and the story being told.

Overall, this is a polished piece of theatre, that tells a gritty, grimy story. It delivered well above this reviewer’s expectations, and I highly recommend fans of strong performance get along to see this cast. It’s not a feel-good story, sure, but when told with such sincerity you can’t help but enjoy the experience.

YEN is playing at the Kings Cross Theatre until 13th October. For tickets, go HERE.

The reviewer attended the performance on Thursday 4th October.