Theatre Review: Made to Measure is a brave exploration in body image 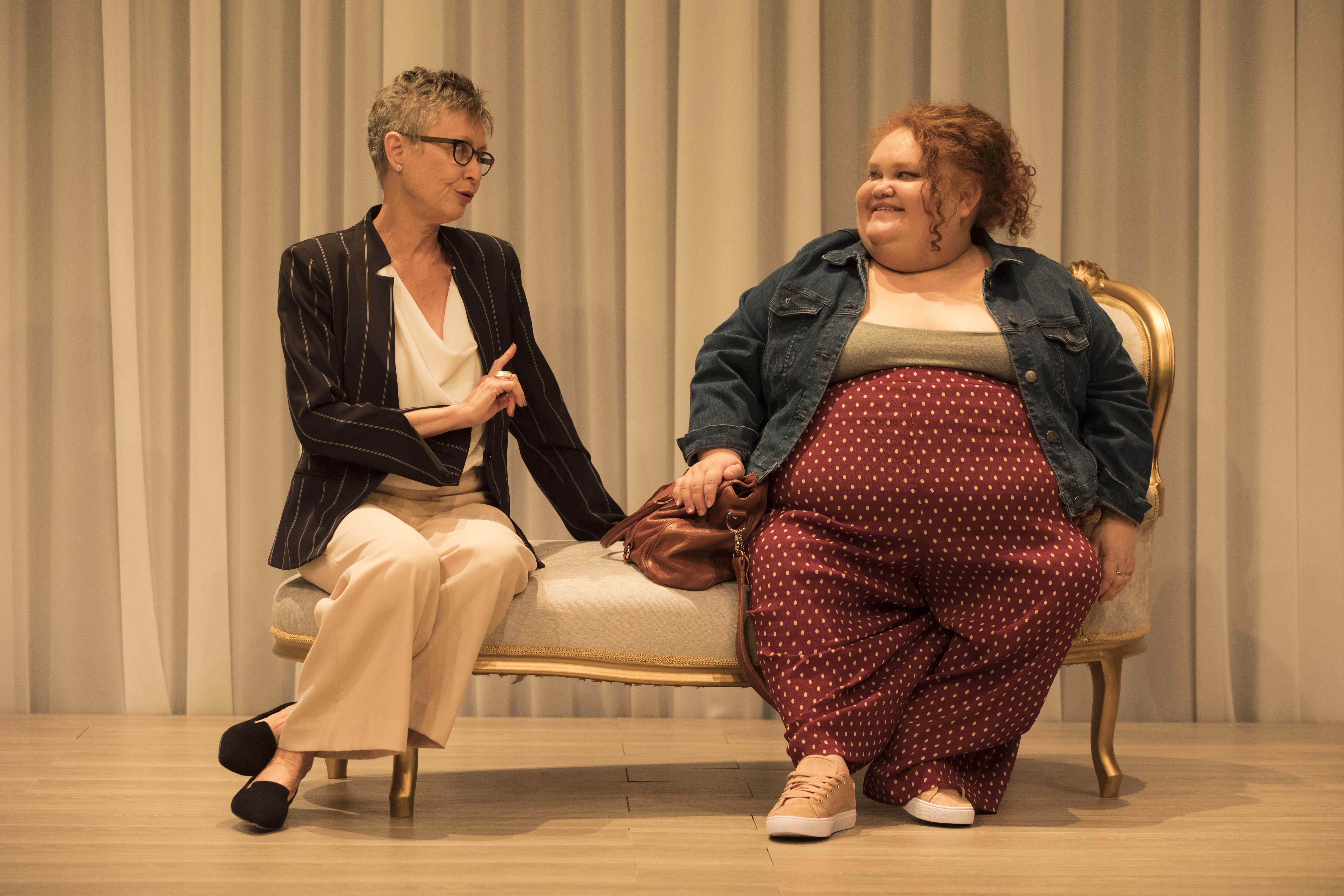 An impending wedding often brings out the worst in people. Familial and societal expectations collide with capitalism at the extreme of feminine expression. The wedding industrial complex magnifies every insecurity and extracts large sums from its subjects. Where women on the larger end of the body spectrum deal with constant reminders and callouts regarding their appearance, a wedding not only magnifies these, but puts them centre stage.

Ashleigh (Megan Wilding) is engaged, but her shape makes it difficult to consider a perfect wedding dress. She’s tried every dressmaker in town, and considered convincing her fiancé to elope to the registry. She stumbles upon the shop of Monica (Tracy Mann) who immediately offers reassurance right from the first fitting, regaling stories of larger women she’s made dresses for. Her matter-of-fact insight into their family relationships and esteem problems are some small empathy for Ashleigh, until the rocky subject of her own weight – and its effect on the dress – puts her in a tailspin.

Wilding and Mann’s naturalistic performances were refreshing, with a believable onstage friendship that could only get stronger after a few runs. Mann is wonderfully cast as the upper-class yet compassionate Monica, while Wilding brings a warm affability to Ashleigh. Sam O’Sullivan deftly juggles a number of roles including various manifestations of Ashleigh’s inner monologue as well as her fiancé, though through no fault of his own isn’t entirely believable as someone who met her after a mate’s ‘pull a pig’ dare in a beer garden.

The direction towards the play’s climax is a little stiff, with the stakes of the women’s friendship not fully driving the throughline of a somewhat convenient thematic plot twist. An awkward moment of improvised audience interaction from O’Sullivan is also off-putting rather than empowering at the play’s most poignant moment.

Having said this, Made to Measure makes no bones about the experiences of the overweight, and the unique experience of overweight young women. At a point in life where there’s pressure for one’s body to be at its most attractive – it brings light not only to the overt acts of discrimination but also the small gestures, the microagressions, the calls for healthy lifestyles and the passive acts of veiled kindness.

Made to Measure plays at the Seymour Centre in Sydney until June 1st. Tickets available HERE.