Theatre Review: Jagged Little Pill is a strange nostalgia trip through our times 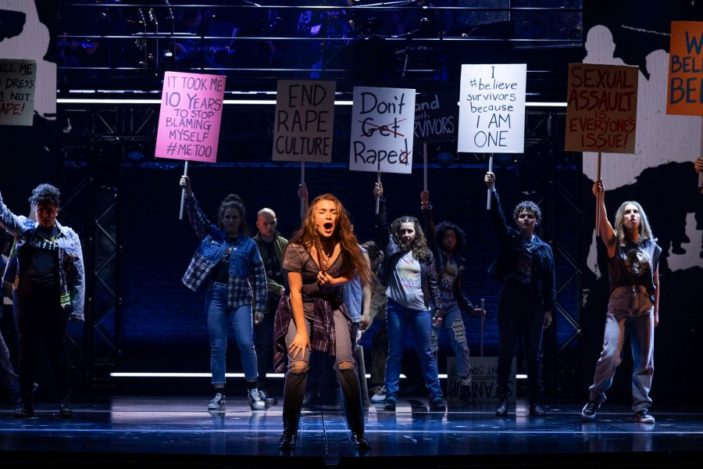 Released in 1995, Jagged Little Pill was a cultural moment, packaging themes of angst, sexism, loneliness and self-discovery from the perspective of a young woman to over 30 million albums sold. 25 years later, the Broadway production takes us back to the anguish of the original text, albeit with an updated rap sheet.

Designed as a sort of anti-Jukebox musical, the story centres around the Healys, an upper-middle-class Connecticut family led by mother Mary Jane (Natalie Bassingthwaite) along with husband Steve (Tim Draxl) and children Frankie (Emily Nkomo) and Liam (Liam Head) All the first-world tropes are here: Steve’s a workaholic, distant lawyer, the tall, broad Liam just got into Harvard and is feeling the pressure and adopted daughter Frankie is the creative type who’s experimenting sexually with her best friend, the non-binary Jo (Maggie McKenna). All while Mary Jane is bored, lonely, and buying backyard Oxys on a street corner to numb the pain.

The songs surprisingly suit a Broadway show, however, many would argue that contemporary musicals already centre on the type of soft rock that the original album helped pioneer – shows such as Dear Evan Hansen or Next to Normal are brought to mind. The musical arrangements by Tom Kitt keep the punch of the original songs while seeing them take on a whole new life, with chorus numbers taking the tunes to new heights. Staging is excellent, with sets displayed on a number of large, moving video screens and a number of sequences that are hard to fathom. 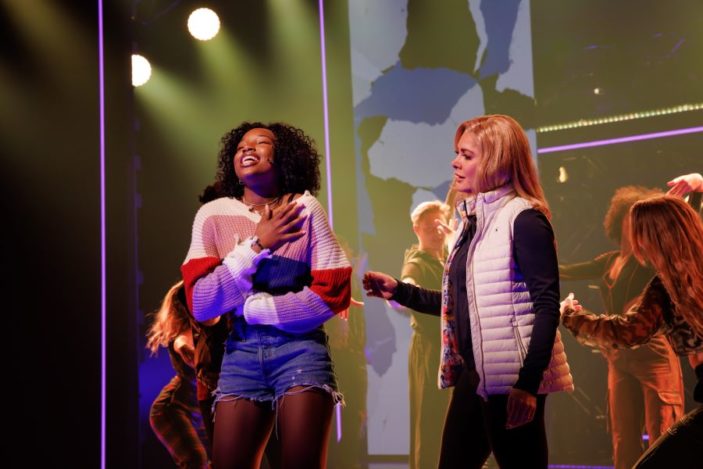 While budding activist Frankie is built as a conduit for a number of these issues, we’re reduced to a few chorus numbers with placards at rallies and some overly angular and earnest choreography. Considering Frankie’s rebellion is centred on growing up as an adopted black girl to a rich, white family, it’s a missed opportunity at layering the story with a family who are trying to heal through trauma. Instead, we’re left with characters who feel reduced to archetypes, making it hard to care about them through the thrust of the story.

There are some excellent performances all round, with the aforementioned Nkomo and McKenna along with Grace Meill as schoolfriend Bella as standouts. Ultimately, while an interesting take on the jukebox genre, it’s hard to understand why this show exists, and who it’s even made for.

Jagged Little Pill is playing at the Theatre Royal from December 2nd to 19th. It will be returning to Sydney in July 2022. Grab your tickets HERE