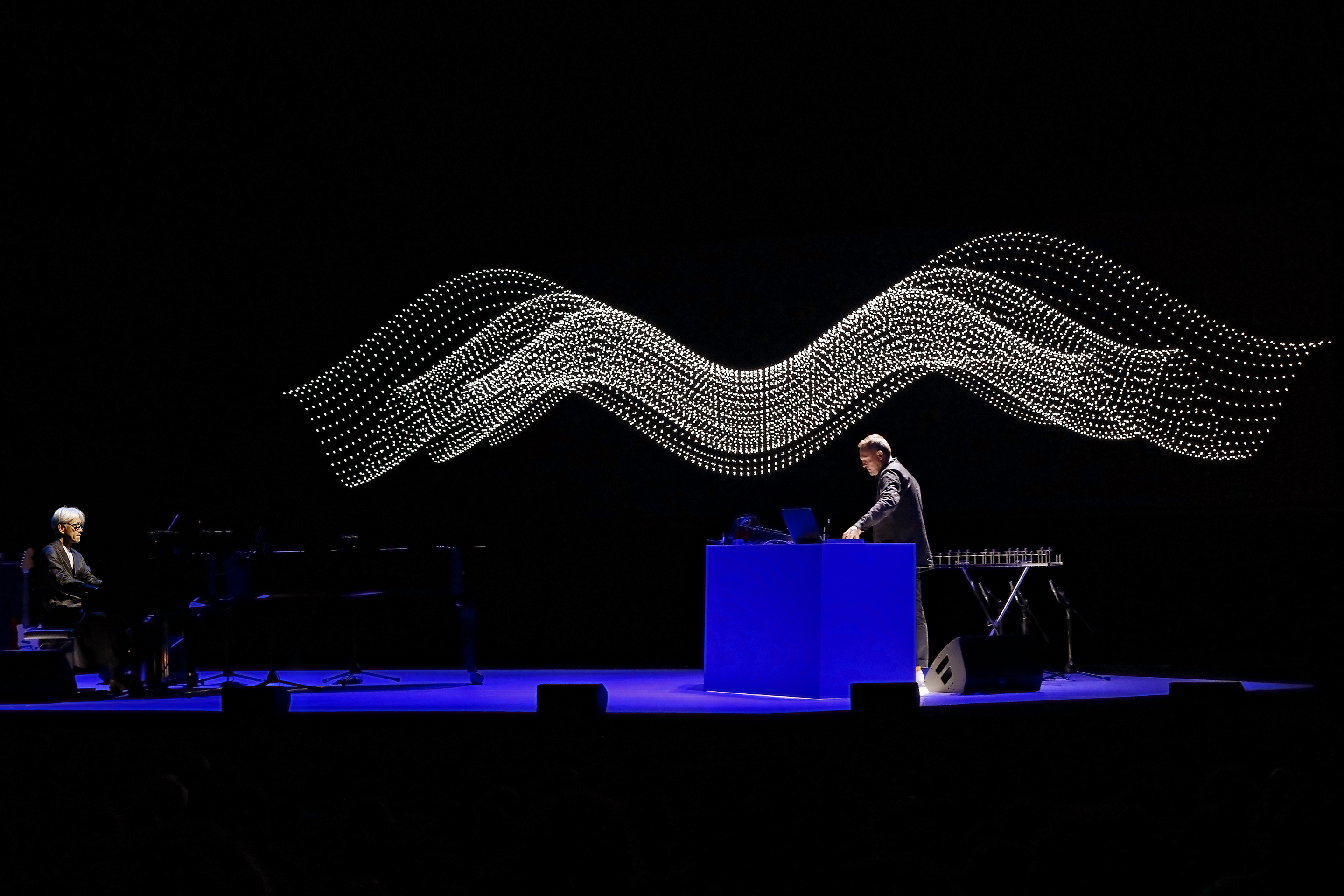 A legend across contemporary classical, electronica and experimental music, Ryuichi Sakamoto has had a long an illustrious career. Spanning a number of collaborations, it’s his sixteen year partnership with German composer Alva Noto that has stuck, garnering five albums, along with the soundtrack to the movie The Revenant.

A largely improvised affair, the duo meshed sparse glitch with Sakamoto’s signature melodic experimentation. Presented as a series of moods, rather than songs, the stark minimalism bordered on sound art rather than music, at points, with Sakamoto scratching strings on a guitar or the venue’s grand piano as opposed to playing notes. At one interval, he dropped coins into the piano to create a broken sound, while Noto’s sonic treatment gave the acoustic instrument a largely mechanical feel.

Strong visuals supported the two on stage, with geometric shapes spiraling in sync with Noto’s beats, and the occasional dash of colour. At certain intervals, the musical elements locked in for some soaring moments – particularly a glitch/tech rendition of “Theme From the Revenant” – but the show largely stood at the precipice of melody, rather than jumping in wholeheartedly.

More concept than connection, it had many hardcore fans satisfied, and offered some relaxing and wonderful moments, but left those only mildly familiar with his work a little confused.