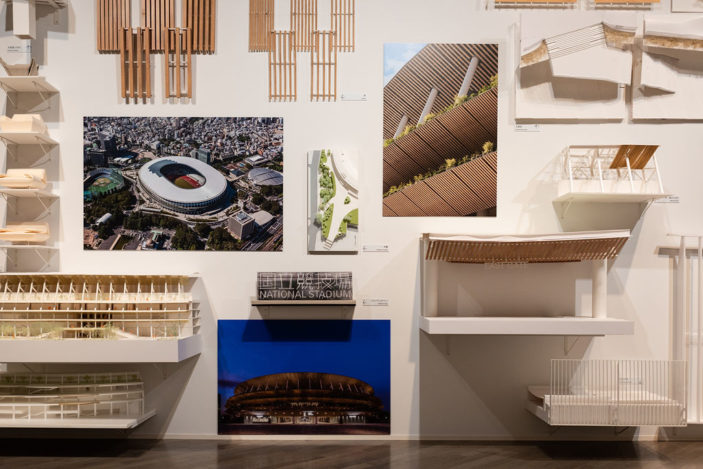 The creator of the 2020 Olympic/Paralympic centrepiece is building stylish public toilets and looking at the city like a cat.

With the Olympics and Paralympics proving a welcome distraction from the current issues impacting our daily lives right now, Kengo Kuma, is a man you should know. He’s the Japanese architectural icon behind the Japan National Stadium, a figure whose obsession with wood has long brought a sense of organic joy to concrete-loving cities.

Between completing one of the biggest architectural developments one can do, he’s been taking on some pretty out there new projects, including looking at the city ‘like a cat’ and re-styling Tokyo’s public toilets.

Who is Kengo Kuma?

For those uninitiated, Kengo Kuma, is in short, an architect who was born to create an Olympic stadium. Born in 1954, he was inspired to pursue architecture after seeing Tange Kenzo’s Yoyogi National Gymnasium, built for the 1964 Tokyo Olympics. He entered the Architecture program at the University of Tokyo and received his Master’s Degree in Architecture from the University of Tokyo, where he is currently a university professor and professor emeritus, before establishing his architecture firm Kengo Kuma and Associates (KKAA) in 1990.

What makes Kuma such a key figure in the world of Japanese architecture is his love of organic materials, most prominently, wood. His work is a homage of sorts to the nation’s great craftsmen and women, known in Japanese as ‘shokunin’. It’s these creators who shaped the face of the nation. Using a visual rhythm that’s hypnotically peaceful, a large portion of his works utilize cedar, a nationally ubiquitous form of wood that’s delicate to look at but strong. However, the ideology of wabi-sabi, the perfection of imperfection and the appreciation for impermanence, his works are as emotionally moving as they are visually stunning.

If you were to make a list of Kuma’s most iconic works from across the globe, it’d have to include the Asakusa Tourist Information Centre, Tokyo, which is situated just by Sensoji Temple, the city’s busiest, and harmonizes with the ancient building in its traditional charm. Staying within the confines of Tokyo city limits, another place – which is open to the public – to get a good view of Kuma’s work is SunnyHills in Minami-Aoyama, designed by Kuma, a store specializing in pineapple cakes from Taiwan.

Anyone based in Australia who wants to see some of his recent work should check out The Wanda Vista Hotel in Circular Quay, Sydney. 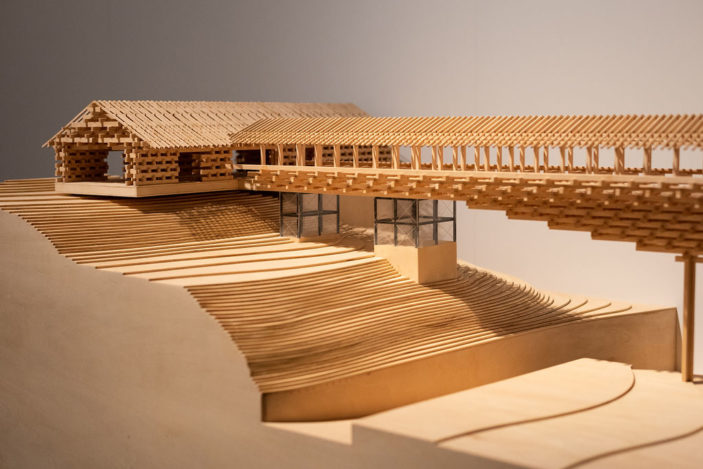 This exhibit sees Kuma take a fresh angle on the city, exploring ideologies about humankind’s place in nature. It’s part of a research project that saw Kuma reinterpret the urban environment from the ground up, a cat’s eye view as it were, as opposed to the typical bird’s eye view, from which Tange once made iconic. As part of the Japan Cultural Expo, this exhibit will be running until September 26 at the National Museum of Modern Art, Tokyo.

One of the key areas of this exhibit is looking at public spaces or spaces – like the Japan National Stadium – that redefine how the population sees or interacts with the city. One excellent example of Kuma’s recent exploration of public space, design, art and interaction, is the architect’s recent involvement with the Tokyo Toilet project. This ongoing project will see 17 public toilets in Shibuya redesigned by some of the nation’s best, including Kuma.

The addition, titled ‘A Walk in the Woods’ is, as described by the project, a “public toilet village” that is open, breezy, and easy to pass through, a design appropriate for the post-pandemic times.” It’s proof that no matter whether it’s a public toilet or a stadium fit for the Olympics, good design is good design.

For more information on the Tokyo-based exhibition “A Plan for Tokyo, 2020: Five Purr-fect Points for Feline Architecture,” you can visit the National Museum of Modern Art and Japan Cultural Expo websites. 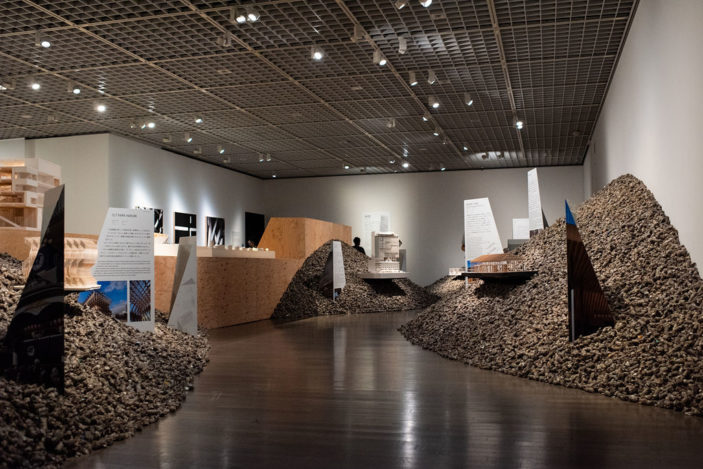 The Japan Cultural Expo is an ongoing initiative showcasing Japan’s unique cultural features, from architecture, like the Kuma exhibit to traditional arts and contemporary art, traditional performing arts and live music. The program was designed to help international audiences better understand Japanese culture and art. One recent example of the program’s introduction level events is Discover Kabuki, a kabuki performance expertly designed as an entry point into this richly fascinating form that offers multilingual assistance.

The event, which is one of an ongoing series of the “Discover” level performances of Japanese theatre and musical arts, saw Japanese personalities Nakamura Tanenosuke and Kisa Ayako take audiences through ‘how to enjoy kabuki’ in English, so audiences of all backgrounds can come together to enjoy this iconic piece of Japanese culture. This event will be followed by Discover Noh, which is scheduled for October 21st and more performances that are perfect for those wanting to ‘discover’ Japanese culture.

The first event is Nihon no Taiko (Taiko Drums of Japan), which will feature commentary and a demonstration by Hayashi Eitetsu, the leading Japanese drum performer and his drum ensemble Eitetsu FU-UN no KAI. Happening on August 7, it’ll also feature a performance from the Tohoku area, presented to commemorate the 10th anniversary of the Great East Japan Earthquake and honour the reconstruction that has followed. The second event, on October 9, is The History of Japanese Music Ⅳ – Fue & Shakuhachi, a showcase of Japanese traditional folk music.

All photos by Kim Marcelo.