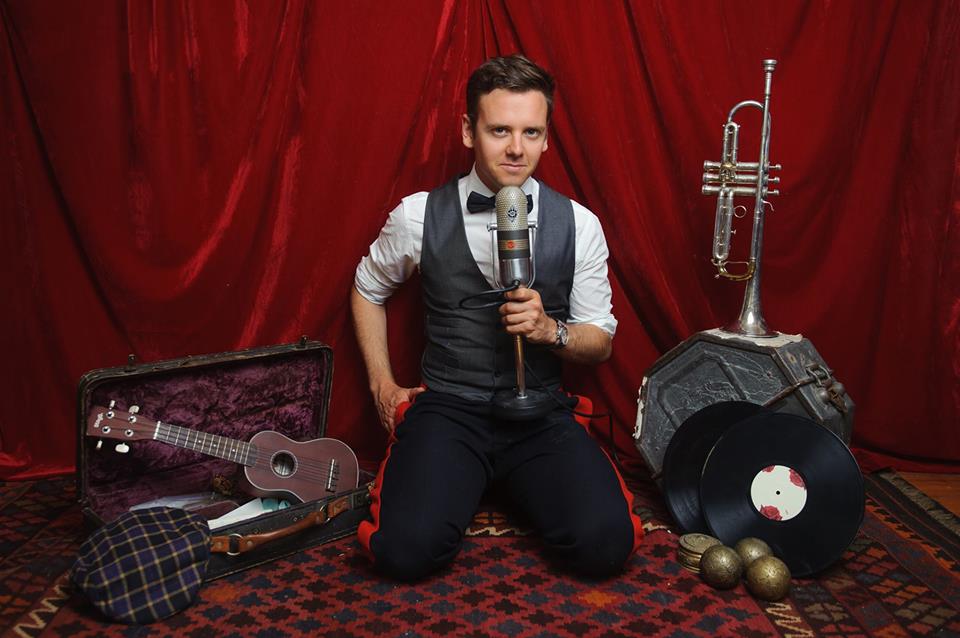 For more than twenty years, a locked wooden dresser sat ignored in the home of broadcaster and musician Joel Carnegie. When it was finally opened, a treasure trove belonging to Joel’s grandfather, swing musician Col Brain, was revealed.

Now, in a unique event as part of Geelong After Dark, Joel, along with the Geelong West Brass Band, will present a cabaret show paying tribute to his grandfather and the time capsule of musical memories he left behind. Joel will present stories and anecdotes from people who knew and worked with Col, as well as recorded performances of the man himself, never heard in public before.

Joel says:  “Col Brain was an incredibly respected musician and teacher across Victoria and he left a legacy in the music he played, the students he taught and in me […] it’s time for his story to be finally told.”

Three free performances of STARDUST: The Col Brain Story will be held on May 6th at Geelong Performing Arts Centre, and will be recorded for ABC Radio National’s Earshot programme for broadcast on May 26th.

The full programme for Geelong After Dark is available on their website.