Gustoff Gremlin on aeronautical engineering, Stefan’s Big Sky Pricker, and why Brisbane is the perfect spot to launch a new budget airline. 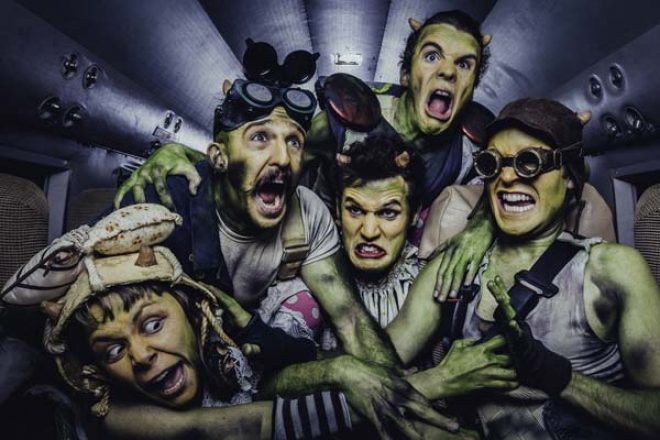 In 2010, a family of green-skinned creatures crash landed at Woodford Folk Festival and, for the past six years, have been trying to get back in the air. After appearances at the Adelaide Fringe and Cairns Festival, Anywhere Festival has invited the Gremlins back to make another attempt at taking to the skies, and Brisbane festival goers are invited to take part in the first flight with budget airline Airlinius Hippopotamus.

Ahead of the launch, Gustoff Gremlin took a quick break from preparations to talk to the AU Review about what people who choose to travel with Australia’s newest airline can expect.

Welcome back to Brisbane! What brings you to us this time?

Hello! YES. Red Hill is very suitable for launch of budget airline as Stefan’s Big Sky Pricker is very good guide for incoming planes, plus being on a hill get us a bit closer to the UpGround to start with.

Brisbane is also ideal site because if launch does not quite work and plane career off course into large object and make damage, well – it’s Brisbane.

Could you tell us a little about yourself and your family?

Yes. I am Gustoff – biggest Gremlin in family, and have two siblings, well, one and a half. Mofball my sister, is as dumb as a bowl of soup and my half brother Gargarov, make all the engines go BROOM BROOM. He also on fire quite a bit.

There is also Pensil, who do the inflight entertainment, but we not really sure who is his family. He has no value to us except to make noises with his squeaky music squeezer thing.

Why a budget airline?

Well, Why pay lots of moneys for good plane when can pay hardly any moneys for plane.

What can your airline offer travellers that others can’t?

A high risk of conflagration. Also, we are currently have 28% reliability rating, no more scorpion eggs in the seat covers, AND if the result of our last court case is anything to go by – we are experts in mans-laughter. 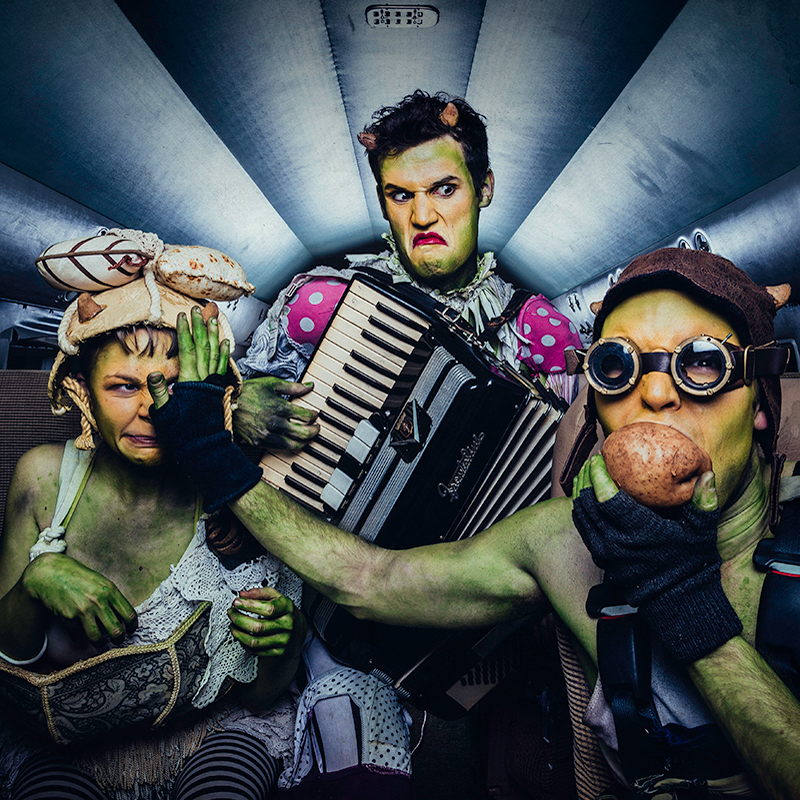 The abandoned Red Hill Skate Arena is a pretty unique setting – did you plan to set up business here or was it just the luck of the crash landing?

To be honest, no one else would have us. Also, you know the famous saying – a skate arena can only burn down once!

Your track record of successful flights isn’t so great – any new tricks up your sleeve to ensure things go to plan this time around?

Absolute. We have acquire second engine which we thinking will make plane go forward much further before we hit something. Also, we have make space on the wings for some more super-economy passengers which will also double as a kind of ‘meat-shield’ if we encounter things like birds or other airlines. There was one attempt to tweak the fuel mix last week but, well, yes, we are still in mourning about that.

For the engine, not so much for Yadek.

The Gremlins are back in Brisbane for the 2016 Anywhere Festival, and this time they’re definitely going to make it into the air. Definitely. Probably. Maybe.
Best bring a parachute, just in case.

Shows run from May 5th until May 21st at the Red Hill Skate Arena. This will be the last major event to take place there before the abandoned site is redeveloped.
Tickets available through Anywhere Festival.