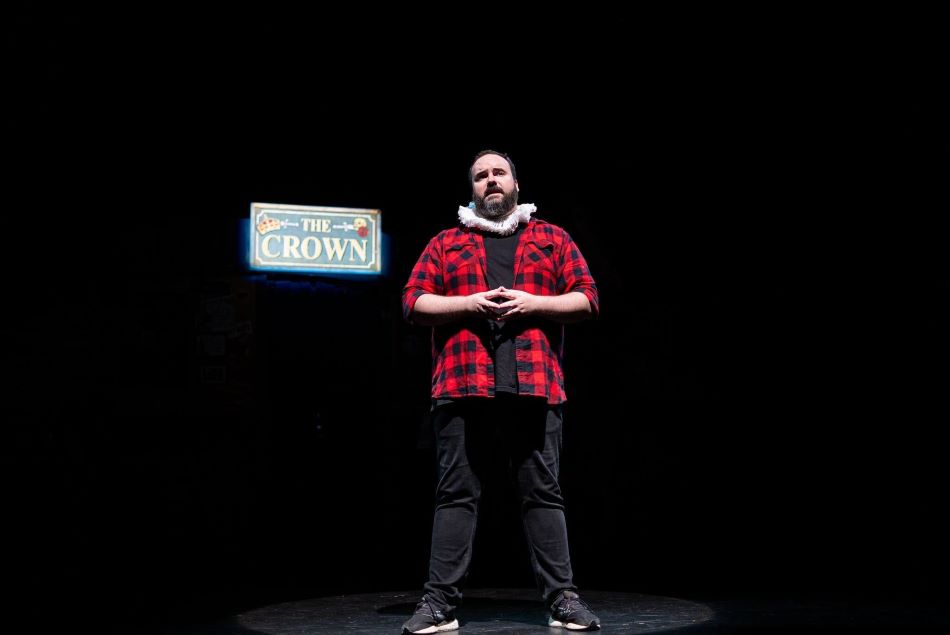 It’s always a risk to adapt a Shakespeare classic, as there are so many other versions to compete with—how can you find something new to say? Well, it’s never been said in bogan… Bogan Shakespeare Presents: Hamlet takes the most formal, complex material and transforms it into over-the-top Aussie slang, complete with local references and intelligent commentary disguised as colloquial humour. Put simply: it’s hilarious.

You don’t have to know anything about Hamlet to appreciate this new show from BS Productions, but if you do, there’s just even more to enjoy. The play is chock-full of cheeky changes, like the fact that it’s set in the town of Denmark in WA (rather than the country) and instead of Claudius and Hamlet fighting over a king’s crown, they’re fighting over a pub called The Crown. Also, there’s just enough Old English-style language to remind you of Shakespeare, but it’s cleverly mixed with casual phrases, such as someone saying ‘No way’ and the response being ‘Indeed way, young man’.

The story (Hamlet trying to avenge the murder of his father) stays mostly the same, but the play critiques and mocks some of the more questionable aspects through the narrator (Dean
Lovatt). He points out plot holes from the original with sarcastic humour and changes some aspects slightly to meet fan theories—the most obvious being the supposed romantic relationship between Horatio (Sarah Courtis) and Hamlet—with amusing and heartwarming results.

Bogan Shakespeare Presents: Hamlet does dip into serious Shakespeare a couple of times throughout the show, but with varying levels of success. In a scene where Hamlet is talking to Ophelia (Maiken Kruger), they transition rather abruptly from laughter-inducing references to a dark monologue, which could have used an appropriate joke at the end to tie it back into the comedic tone. However, at the end of the play, Dean Lovatt (the hilarious, stand-out star) delivers an impressive and moving speech of pure Shakespeare, which brings the show to a satisfying conclusion.

As you would expect from any production with the word ‘bogan’ in the title, the play also pokes fun at all of our Aussie quirks, from singing about ‘tinnies and Tim Tams’ to Polonius (Maiken Kruger) repeating the phrase ‘bloody millennials’. The costumes were perfect as well, like the Bintang singlet Hamlet (Harrison Mitchell) wears back from Bali and Ophelia’s leopard print skirt and Guns N’ Roses shirt. All of these references were well-crafted, managing to avoid cliché and elicit the sought-after ‘that is so true’ response.

Bogan Shakespeare Presents: Hamlet is a reinvigorated version of Hamlet that manages to attract non-believers through accessible humour while satisfying long-time fans with clever references and cheeky alterations. This production transforms the theatre experience into a casual, feel-good vibe, where the cast is having just as much fun as the audience.

Bogan Shakespeare Presents: Hamlet is playing at the Heath Ledger Theatre at State Theatre Centre of WA until January 29.