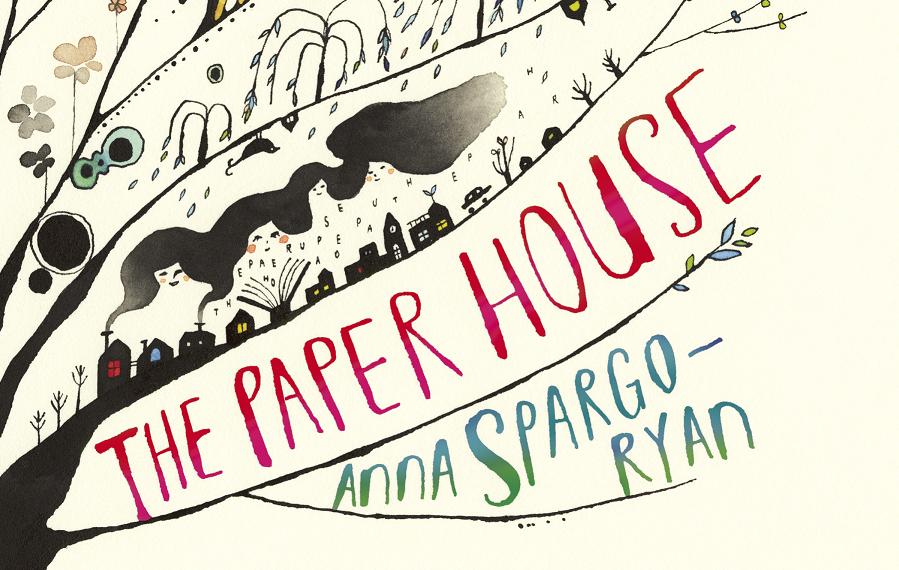 Heather and Dave are expecting. Finding the perfect home for their growing family, they settle down to await the new arrival. But tragedy strikes and a grieving Heather finds no comfort in the new house they were so excited to share with their first born. The Paper House, the debut novel from Anna Spargo-Ryan, follows Heather as she comes to terms with her loss, straining her relationships and her grip on reality as she battles to come back from the edge of a depression that takes hold of her, and everyone around her.

I’m going to be honest here and say that, after reading the blurb, I’d already had The Paper House down as a book well and truly outside of my reading comfort zone. What could I, after all, have in common with a woman in her mid-thirties who had just lost a child? I’ve never even been to a funeral, let alone experienced a loss such as that. Indeed, I hope to God I never will.

But The Paper House well truly won this sceptical reader over, with a beautifully crafted cast of characters, and gorgeously written prose.

Written from the perspective of Heather, bereaved over the still birth of her baby daughter and seemingly gradually losing her grip on reality, the novel follows this slow descent, mixing the real world with an imagined one. Her quietly suffering husband Dave, brash sister Fleur, concerned neighbours Sylvia and Ashok, and recently returned father battle with Heather’s disconnect, envisioned as a curious world populated by flashbacks of her mother, who struggled through mental issues of her own, and the mysterious Noel, a peculiar little man Heather imagines living at the bottom of her garden.

Armed with a fascinating group of characters, Spargo-Ryan already had something quite special on her hands, but it’s her lovely, flowing writing style that really sold the book to me. Covering just about everything, from baking with Sylvia, to muddled flashbacks of Heather’s deceased mother, to visions that straddle a thin line between whimsical and unnerving, The Paper House never once lost my attention. It’s a sensual feast, one sees and feels everything as Heather does.

It’s worth noting that Spargo-Ryan takes care never to actively diagnose Heather or her mother, focusing on the individuals behind the illness, rather than trying to give a name to symptoms so intensely personal. It’s a clever move, given that mental illnesses can be hard to identify or pin down, simply because no two experiences of them are the same. In avoiding a direct diagnosis, taking the reader away from the doctor’s surgery and further into Heather’s head, the journey becomes that much more personal – we are experiencing things along with Heather, we share her disdain, disbelief, and frustration, without ever having to define it in terms of a particular set of symptom-based parameters. It’s a nice touch, and one that makes this book very accessible.

Anna Spargo-Ryan’s The Paper House is a stunning debut, capturing a sense of loss I personally didn’t think I’d be able to relate to, and turning it into an engaging and emotional read. It’s sad, yes, dreadfully sad, but it’s also funny, peculiar, and, eventually, full of hope. I’ve already got a line of friends ready to borrow my copy – fingers crossed it makes it home!

Anna Spargo-Ryan’s The Paper House is out now. For more info and places to purchase the book, head over to this link.