Book Review: Libby Angel’s The Trapeze Act is a beautifully frustrating tale of a young girl struggling to define herself in a family of wild characters 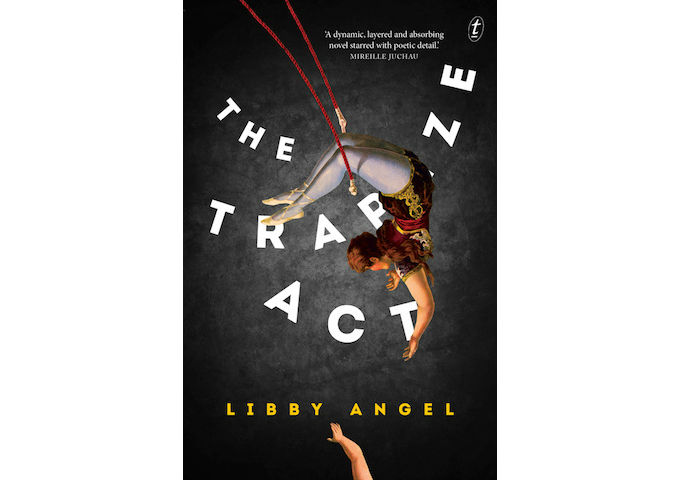 Bringing up the rear of a family of circus runaways, ambitious playboy barristers, and juvenile delinquents, Loretta often finds that the best recourse is blending into the background of their scandalous and unusual existence. But Loretta cannot remain a fly on her family’s wall for much longer. As the four piece’s precarious existence begins to fall apart, Loretta’s fight to define herself begins an act every bit as dangerous and ambitious as any of those of her high-flying circus ancestors.

Weaving the disintegrating diaries of Ernest Lord, Victorian ivory merchant and the first of Loretta’s father’s family to settle in Australia, stories of the circus courtesy of Loretta’s trapeze artist mother Leda, brilliant but bizarre, and Loretta’s own perceptive perspective, The Trapeze Act is a stunning novel – something that should come as no surprise, given that it’s the debut from poet Libby Angel. Angel transitions with ease between voices, eras, and writing styles, crafting a lyrically beautiful world populated with fantastic characters.

But this is Loretta’s story, and bringing together all these vibrant voices together in order to tell that story can be pretty frustrating. What I found, though, is that that frustration has its own poignancy, showcasing how quiet, forgotten Loretta is pushed aside, lost within the excitement and drama of her family tree. Throughout the novel, it’s something that she falls victim to herself, defining and telling her own story through others, and it makes the moments when she turns around and acknowledges her own equally vital existence that much more powerful. When Loretta stands in front of her classmates and announces that her plans for the future are to “leave this godforsaken town and set the world on fire”, I was right there beside her, punching the air. You go, Ettie. You finally do you.

A beautiful debut from Angel, The Trapeze Act available now through Text Publishing