Adelaide Fringe Review: The Cocoon is an intimate look at love and relationships 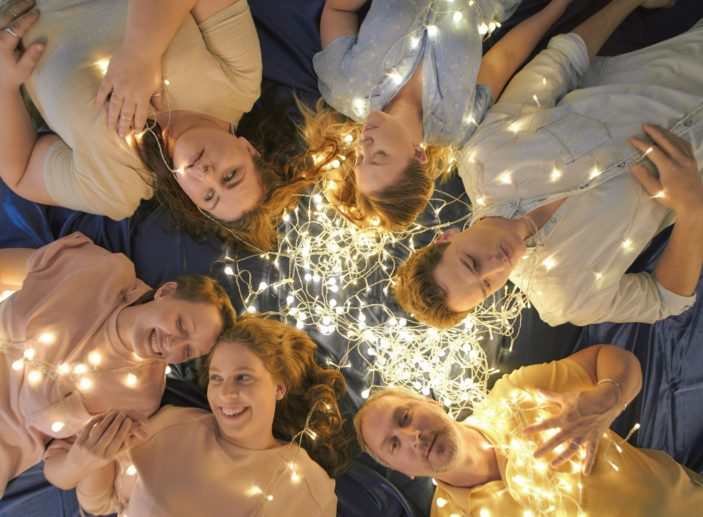 The Cocoon is four vignettes of love, with two monologues and two duologues. Written by New York’s Kotryna Gesait & directed by Brisbane-based Timothy Wynn, The Cocoon has previously been performed at the Adelaide Fringe in 2018 and again in 2019. For 2022, the performance takes place in Peter Rabbit in the West End of Hindley Street.

All the performers are dressed in white, symbolising perhaps purity and honesty of purpose. The performance space of Peter Rabbit is probably best described as intimate. Normally a food and drink venue, the audience sit around a central space, in which the players present their stories. A subtle soundtrack enhances the feelings of venerability and honesty.

In act one, a tale of unrequited love is so painfully drawn that there are tingles down the spine. One can see the painful realisation that the one-sidedness of the relationship has created. With the actress mere inches away from the audience, there is no room for error. A powerful performance to start the show.

It feels as though the second vignette will be more positive, with two lovers enjoying the bloom of young love. However, all is not what it seems, and the ebb and flow of the conflicting emotions soon take their inevitable toll. The sense of wishing for more, yet not understanding the sentiments was all too real.

The third act takes a completely different tack. Homonormative was the word used. A beautiful love affair –  morning coffee sharing the news of the day, a dog, a house and a perfect life is shattered by the realisation that one was living in the wrong skin. The support of the decision to transition with the incumbent difficulties was presented in a respectful and loving way.

The final scene of two girls who wake up after a crazy one-night stand was humorous and heart-warming. The whole range of emotions, spoken out-loud and acted with perfect nuance, was charming to watch.

The performance of the six actors and the pace and storyline was perfect for the small space and is an example of what the Fringe offers outside of the main hubs. Make sure to reserve a ticket to this show next time the troupe come to town.

The reviewer attended the performance on March 18