Adelaide Fringe Review: Sarah Gaul wants to be a WIFE. Or does she? 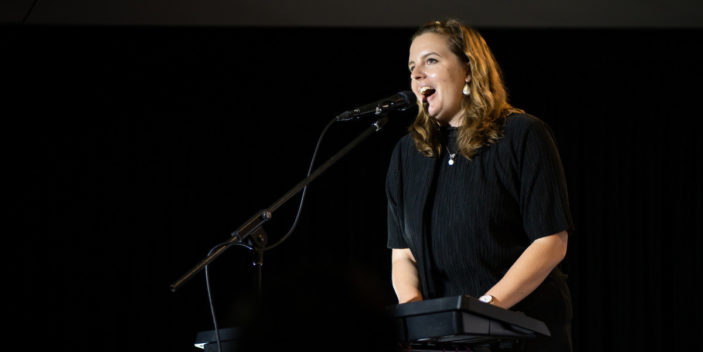 Sarah Gaul is a 31-year-old woman who’s been to more weddings in the last six months than she cares to admit. Always the bridesmaid but never the bride? Sarah takes the audience on a journey into her world, her take on relationships and what makes her tick.

First things first, Sarah is an eco-warrior. She has a keep cup that never leaves her car, a babushka doll bag of plastic bags in her house and always chooses to offset her carbon miles when she flies overseas.

Sarah loves a good true-crime story. She is so good at solving mysteries that she could commit the perfect crime. Loves a good group chat if she can find one. Can’t imagine a time before online dating and hates it when her married friends “have a go” on her dating apps.

Sarah is also the star of Australian feature film HOT MESS which has won awards and is on Netflix.

Her musical stand-up routine is played out in the intimate confines of the basement of the Rhino Room, which makes the stories and songs seem all that more personal, as if we are her best friends and she’s letting us in on her secrets.

The show sets a cracking pace and there are not too many targets that are sacred, including SUV drivers, married men, bridezillas and more. The easy, friendly approach belies the sometimes-caustic messages. A family is more than a husband, wife and three children, for example.

Sarah Gaul may not be a WIFE, but she’s a damn funny comedienne.