Rip, Drag and Ruminate is a collection of short works from the Adelaide College of the Arts 3rd Year Dancers. Six pieces were presented. The opening sequence by Isobel Stolinski, “To Whom it May Concern”, dealt with art censorship and scrutiny. The Acid Arab soundtrack helped to create an uplifting message which contrasted with the grotesque contortions of the dancers. This was a humorous start to the show.

The next piece was titled “I need a Minute or Ten” by Neil Campbell and was influenced by thoughts on ADHD and social interaction. The monochromatic set and sketchy sounds and movements conveyed the feeling well. Static filled the room which gave a real sense of the feelings inside the head of someone suffering. 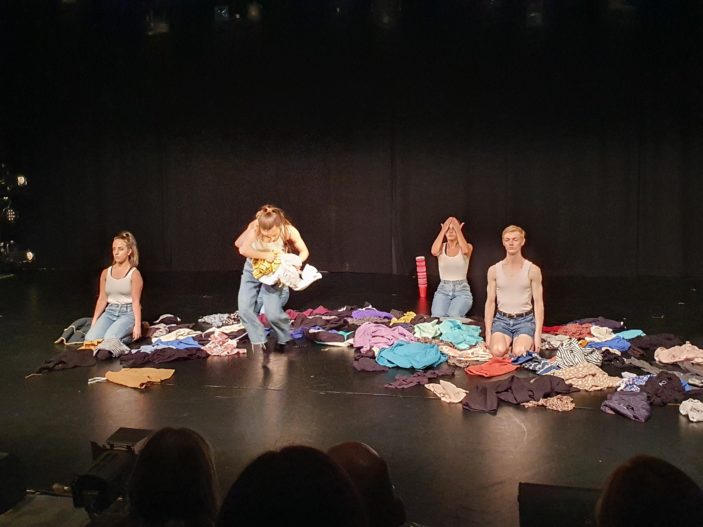 Mess and cleanliness, order and structure were the focal themes of the third piece by Amelia Watson, reflecting some of the minimalist trends of modern life. As the dancers start in a pile of rags, they seem forever destined to sort and fold, only for the mess to build up even more. Once again this was a humorous take on modern life. 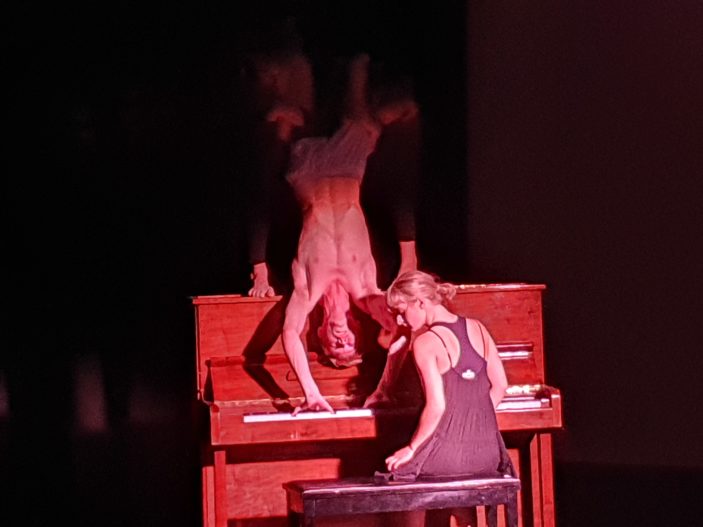 Jess Minas’ “Salute” tackled a darker subject. An individual’s struggle with PTSD. Lead dancer Neil Campbell offered an artistic take on post war PTSD. The lighting, poses and music all combined strongly to create more of a story than simply a dance. By this stage the audience were aware that this troupe are not afraid to address issues affecting our society. 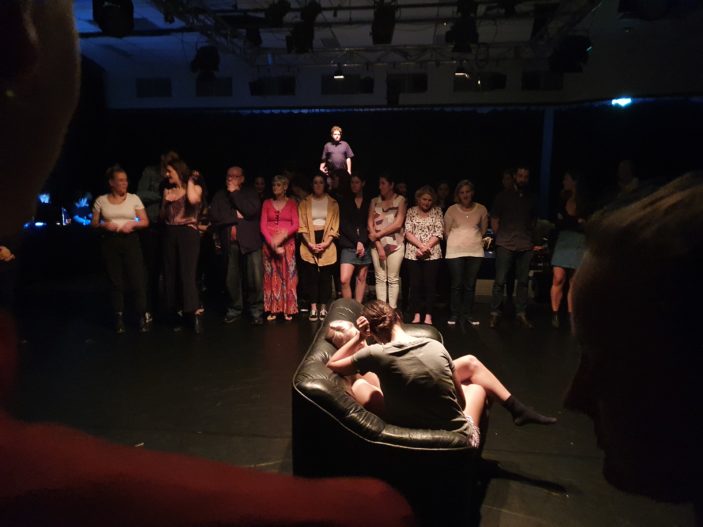 Which leads on to the next portion of the show. The audience are directed on stage and become voyeurs to a simple living room setting, where two girls are watching a static television. Their world is shattered when masked men break in and assault them. As their screams die down the visibly shocked and numb audience are led back to their seats. “It’s Oh So Quiet” by Alix Kuijpers was easily the most difficult piece to watch, as powerful as it was. 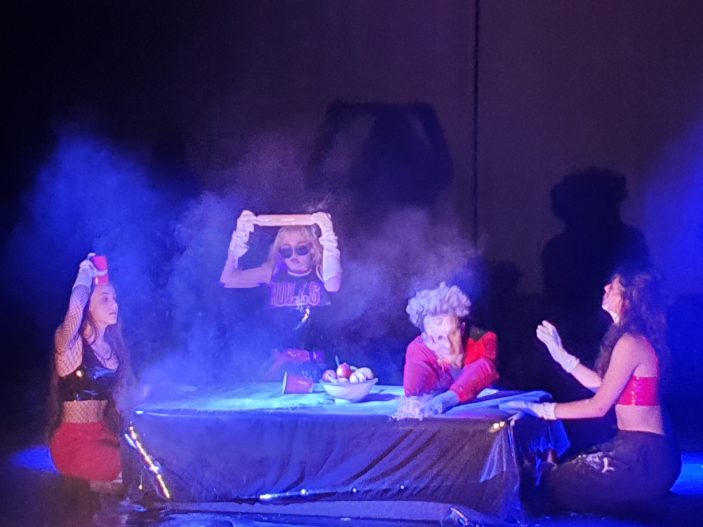 Emma Ivens closes the show with “Fruitti Tutti”, a bass pulsing nightclub act that both mocked and glorified the party lifestyle. Despite the over-the-top drug references it was, at least, a light end to the performance.

The overall standard of the dancers and choreography was very high. It was an enjoyable taste of the talents of the third year dancers, with some support from a few second years as well. I‘m expecting that we will see much more of these young dancers in the future.

The reviewer attended the performance on February 28th. Adelaide Fringe runs until March 15th. To find out more about the Adelaide College of Arts head HERE