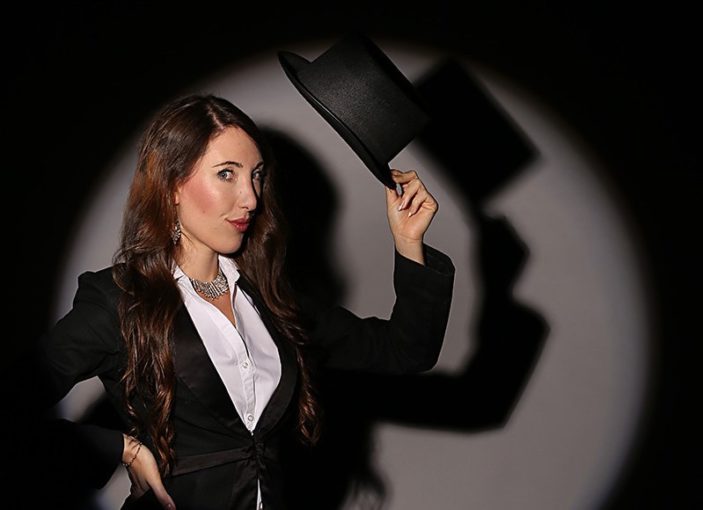 The opening song in Bethany Louise’s Broadway Baby cabaret show is both a tribute and lament that she is singing at Arthur’s Bar for the Adelaide Fringe. Not that Arthur’s Bar is a bad place, it’s more because her dreams of starring on Broadway were dashed by the dreaded COVID virus.

In an autobiographic style, Bethany narrates to the audience about the difficulties and trials that she has endured to follow her dream. Narration is probably the wrong word; it was more of a musical theatre style of bursting into song at every opportunity.

Intermingled with the stories of her love of singing are tributes to some of the musicals and songstresses that have inspired her. These tributes put her incredible range of style and voice on display, aided by the equally talented and funny piano player, Tim.

Their repartee, honed from many years of working the cruise ships together, made for a very entertaining performance. Despite the sparse stage, the piano and a chair were essentially the only props, the star of the show was Bethany’s voice and obvious love for the musical theatre genre.

There were high notes, literally, and stories of the difficulty of casting calls, but overall, it was a very entertaining hour of song and dance. As she describes it, she is competing against girls who are prettier, thinner, older, younger, perhaps, for parts that are thin on the ground, Let’s hope that Bethany’s fortunes change, and she finds that elusive Broadway role. She deserves it.

The reviewer attended the performance on 18th March

The season of Broadway Baby has finished, but you can read more about it here