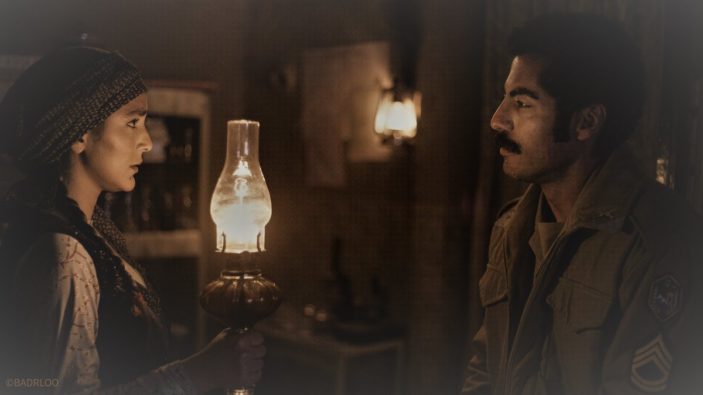 Set in 1978, the film tells the story of a mountain village of Zalava in Kurdistan that is supposedly plagued by an ancient curse. The villagers are so drawn into the story of the curse that they have been driven into the ways that veer into levels of superstition, involving the use of metals as a means of protection.

Not seeing the true face of the curse is Masoud (Navid Pourfiraj), a Gendarmerie sergeant, who decides to get rid of all the weapons of Zalava in order to mitigate the violence. But his actions result in a tragic death, angering the villagers and leading to Masoud’s demotion. Through serendipitous timing, in comes Amardan (Pouria Rahimi Sam), a shaman who claims he can get rid of the supernatural curse. Stuck between his lack of faith and his prideful scepticism, will Masoud see through to the end before the village of Zalava comes to the brink of destruction?

Even with its meagre budget and minimal settings, Zalava manages to bridge both horror genre tropes with social commentary to compelling aplomb. The film provides arguments from both sides involving science and superstition (involving negligent police governance, political strife, court of public opinion) with proficiency and skill from no-frills filmmaking.

The characterizations may seemingly lack innovation but the actors bring much-needed credence and heart to them. Pourfiraj is wonderful as Masoud as he lends a sense of magnetism and vulnerability to the character of Amiri. The latter is readily apparent through the relationship between himself and Maliheh (played with warmth by Hoda Zeinolabedin). It is sweet and brings much-needed heart to the lead characters. Rahimi Sam brings an enigmatic presence, making the character of Amardan engaging as he brings his skills to the table.

The film also provides palpable drama and tension as Amiri relies on the power of suggestion for delivering scares; which involves a scene when Masoud has an inner battle with himself over his belief and his pride over an empty jar. He also provides some well-timed pitch-black humour that is mined from the superstitions and hysterias of the villagers offsets the grimness. For example, a small running gag involves a villager who attempts numerous times to burn down a house, only to be foiled each time.

Overall, Zalava brings a different kind of horror to the table that illuminates the human condition; the internal struggle between faith and logic and the validation of a higher power. Along with solid performances, assured filmmaking and an engaging mix of genre thrills and acute social commentary, Zalava is a striking debut from writer/director Arsalan Amiri. Recommended.

Zalava is screening as part of this year’s Toronto Film Festival, which is being presented both in-person and virtually between September 9th and 18th, 2021.  For more information head to the official TIFF page.