Your Love is Mine is a tragic Australian romance: A Night of Horror International Film Festival review 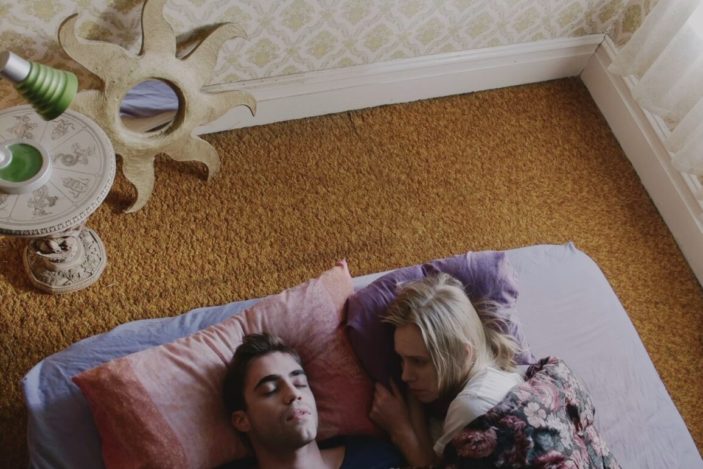 Your Love Is Mine is an Australian feature-film, focusing on the relationship between two young people in a small country town. Mechanic, Sam (Lester Ellis) and bartender Violet (Senie Priti) fumble their way through each day together in a dead-end town. They embrace each other’s company and talk about the future, hoping for a better life. After a sudden tragedy, there is a desperate attempt to preserve what they had.

Apart from the melancholic love story, the most striking and memorable aspect of this film is the environment. Shot in Naarm (Melbourne), the terrain moves through hot summer days, flooding rains, and tranquil sunrises. It feels remote and isolating, but full of life all at once. The setting itself is so quintessentially Australian, even down to distinct bird sounds scattered across the narrative.

Heightening the emotion and development of relationships are extreme close-ups. These close-ups work well in deciphering the feeling behind the words spoken, even sometimes when they are in conflict. The story of Sam and Violet seems familiar, even the way that tragedy is managed. It shows that when you really love someone it can be terribly hard to let go.

When an Aussie feature like this is released, it is easy to place it amongst the amazing cinematic offerings found in this country. When watching Your Love is Mine, comparisons can be drawn to visual classics like Picnic at Hanging Rock (1975), and the bleakness of films like Snowtown (2011). Your Love is Mine blends characters and relationships in with their environment, making this film an important part of the canon of distinctively modern Australian films.

Your Love is Mine is visually beautiful and engaging, yet would it be classified as a horror film? It is uncertain if this is the right genre umbrella. It is a bleak romance that picks up in intensity when the couple is reluctantly pulled apart. More akin perhaps to a Shakespearean tragedy. Regardless, this one is still worth the watch.

Your Love is Mine screens at A Night of Horror International Film Festival, at 5pm on 23 October 2022.