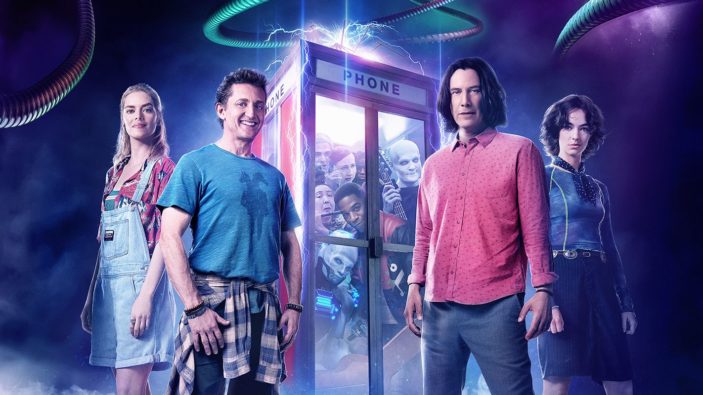 We have ten double passes to give away to the upcoming release of the third film in the classic and hilarious Bill & Ted film series – Bill & Ted Face The Music – starring Alex Winter and Keanu Reeves as the titular characters.

After a brief delay due to cinema shutdowns, it’s one of the first major films to make its way back into Australian cinemas, and will be released on 10th September.

Here’s a little more about the film, and the trailer!

The stakes are higher than ever for the time-travelling exploits of William “Bill” S. Preston Esq. (Alex Winter) and Theodore “Ted” Logan (Keanu Reeves). Yet to fulfill their rock-and-roll destiny, the now middle-aged best friends set out on a new adventure when a visitor from the future warns them that only their song can save life as we know it. Along the way, they will be helped by their daughters (Samara Weaving and Brigette Lundy-Paine), a new batch of historical figures, and a few music legends – to seek the song that will set their world right and bring harmony to the universe.

For your chance to win one of the ten double passes, which can be used at your local cinema, tell us your favourite character from the original films and why in 25 words or less. Entries close on Friday, September 4th at 12 Noon AEST.

Please note: As cinemas are currently closed in Victoria you’ll need to check with your local cinemas for reopening information and dates.