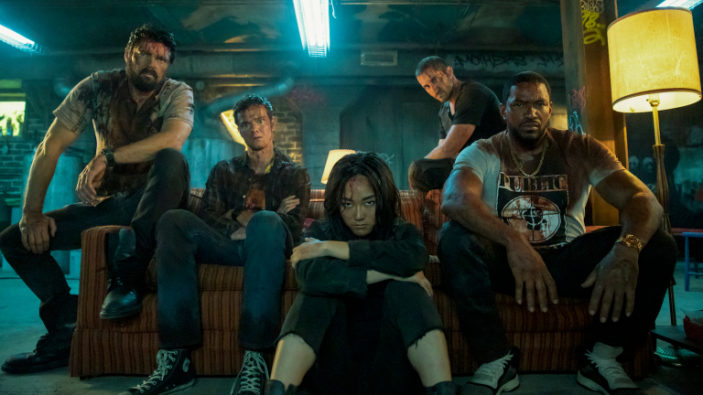 Amazon Prime Video decided to take a leap last year into the superhero genre with The Boys, an adaptation of the comic book series by Garth Ennis and Darick Robertson. The series is set in a universe where superheroes are capitalized and monetized by the shady corporation Vought International, and led by the unstable and egotistical Homelander (Antony Starr). Trying to expose the corrupt superheroes and the drug that creates them – Compound V – is Billy Butcher (Karl Urban) and his ragtag group of vigilantes.

If you missed season one, then you’re going to need to get up to speed with that before jumping on board with the new episodes. The new season picks up a couple of months after the events of the first. Marvin T. Milk (Laz Alonso), Frenchie (Tomer Capon), Kimiko (Karen Fukuhara), and Hughie (Jack Quaid) are hiding out as they try to figure out what they can do to clear their names. The Seven are fake-mourning the loss of Translucent and adjusting to the new superhero joining the team, Stormfront (Aya Cash) who ruffles more than a few feathers with her no-bullshit attitude. With the death of Vought International Vice President Madelyn Stillwell, CEO Stan Edgar (Giancarlo Esposito) has to clean up the mess of the increasing threat of the supervillains/super-terrorists and angry shareholders.

The latest season is just as irreverent, brutal and full of layered social and political commentary as the first. Creator Eric Kripke (Supernatural) refuses to hold back this time with plenty of helpings of over the top action violence and excessive drama. But the show also insists on examining some of the more psychological challenges our characters face. From The Deep (Chace Crawford) who is struggling with depression, to Butcher now realising his wife Becca is still alive, to Homelander the sociopathic superman attempting to raise his son. The show deftly balances its over the top premise and characters with very grounded and real reactions to their circumstances. Where many comic book adaptations have tread with a lighter touch, see the Marvel Cinematic Universe or DC films; this show takes a figurative sledgehammer to the bright colourful fun world of superheroes instead. Here the ideologies of celebrity worship, capitalism and division of community are at the forefront, something that seems all too current and prevalent in our world.

If you were a fan of the first season, there is plenty more to enjoy here. With lots more blood, gore and exaggerated violence and crass language from both the superheroes and the Boys. But stick with the show for its blunt examination of a multitude of issues like fascism, racism, American nationalism, religion, oppression of minorities, the #MeToo movement and more. It’s crazy that they can fit this much into an eight episode series. Amazon has also greenlit the show for a third season, and will feature Kripke’s Supernatural alum Jensen Ackles. So we can expect more hilarious horrific hijinks even after this season is done.

Amazon Prime Video will drop the first three episodes of Season 2 on 4 September 2020, with the remaining five episodes airing weekly after that.